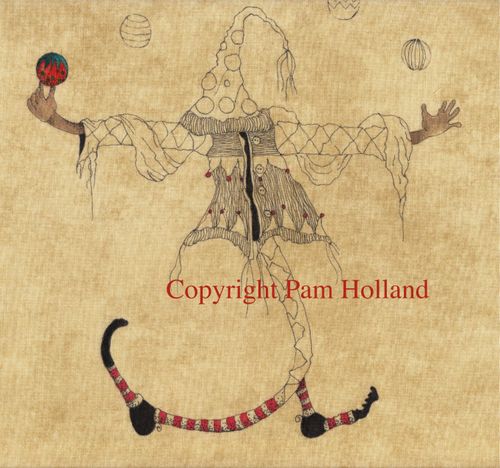 I've been working on my Alphabet today….

NO, they don't have heads,

BUT, they do eventually find  them at the end of the story …

and then its a puzzle as to which head belongs on which letter!!!!!

I'm not giving away the story.

OK, this is the beginning of the letter "J" for Joker, Juggler, Jamie, Joshua, Jordan, Jinda.

I have outlined the image with a .5 black pigma pen and you can see that I've begun to color it.
As I was shading… I thought, "Oh, my blog watchers might like to see this…." 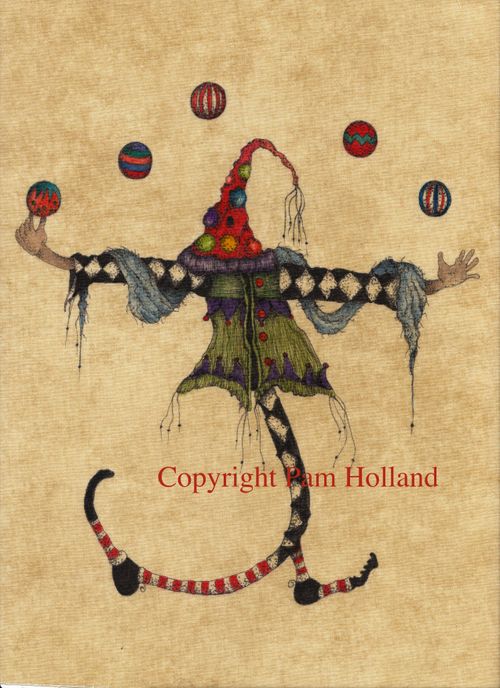 And look at the difference with the shading…..

What I'm trying to do is to make the image stand out… I'm going to quilt around the edge with a black thread so the shading adds dimension to the stitching line.

Hmmm…. if you want to learn how to do it, you could study the picture in detail … or you could come to class.!!!!

It was interesting when I was drawing this letter on the plane… I kept holding my hand in those strange positions…to get them just right for the image….. I got funny looks…!!