The photos shared today are a photo journal of a walk through Morelia in the evening.

Music, cinematography, delicious dishes and pink stone buildings are some of the attractions offered by Morelia, the capital of the state of Michoacan. Because of its natural and cultural beauty, this city was recognized as a World Heritage Site by UNESCO. At times I thought I was walking the streets for Paris.

The city is built around a magnificent zocalo or city square. The Cathedral dominates the skyline. Its  official name is Cathedral of the Divine Savior of Morelia. Since it was built over the 17th and 18th century, elements of Neoclassical, Herreresque and Baroque architecture can be seen in the buildingBuilt of pink cantera stone, the Cathedrals two sixty meter high towers still dominate the skyline of the city and are the second tallest Baroque towers in Mexico.

Walk down the cobble stone streets and the  building glow in the setting sun. 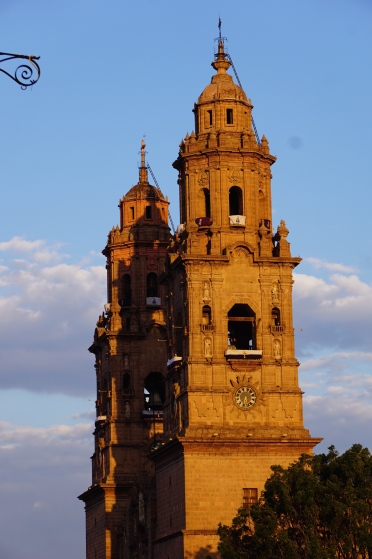 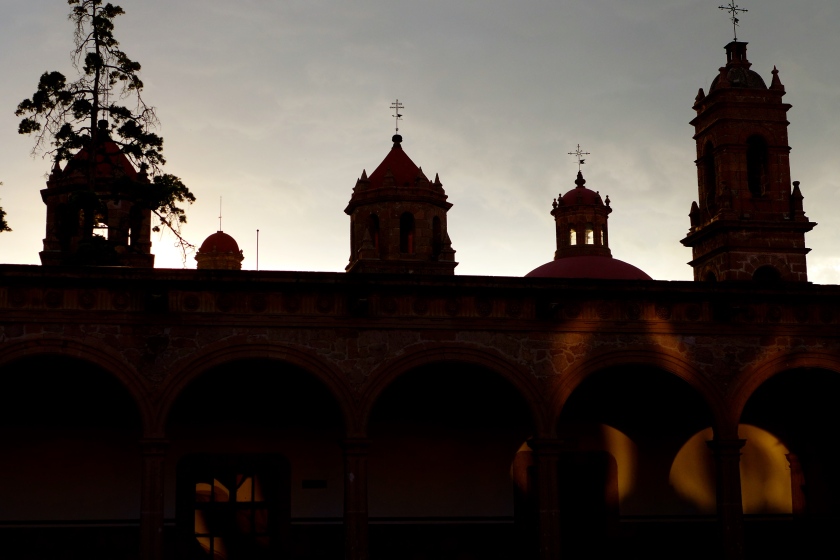 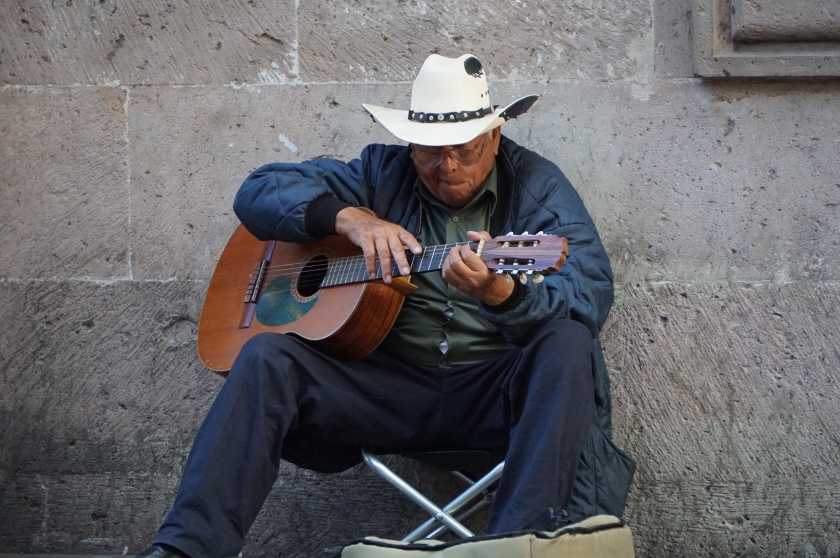 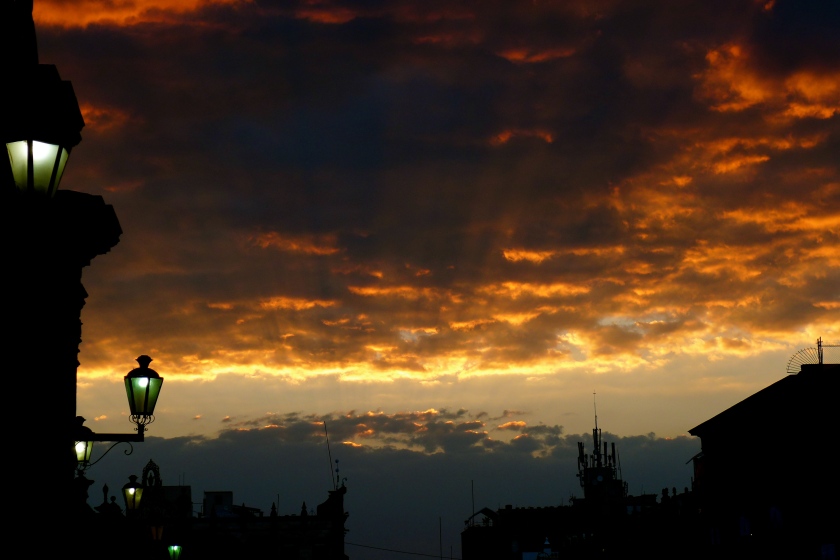 We ventured into the most amazing hotel. Hotel de la Soledad. www.hsoledad.com It is one of the most beautiful hotels I’ve ever seen in my travels.

The Mexican textiles feature prominently and I just loved it.

My photos are an expression of what I saw as I walked for a few hours. I hope they give you a small glimpse of interesting things.