I’m sitting in my most comfortable hotel room writing,  someone nearby is illegally smoking and I’m about to go out into the passage in my pajamas and loudly exclaim. Such is life on the road. By choice I had two cold boiled eggs, six crackers, a few dates and a cold coffee for dinner so I could continue working uninterrupted.

I’m working on a presentation.   It’s not new, I’ve presented it may times, but I always revamp my programs each time I share them.  People like to know how is it that a girl from the suburbs of Adelaide ends up traveling the world and talking about Textile Art. For Petes sake it’s an unusual occupation to say the least.

So I think the title of     “From there to here, from here to there, funny things are everywhere!”  is very appropriate.

How did I end up sharing my  ideas on textile art when I began my childhood disliking anything to do with sewing?  My Mum was a dressmaker, she used to sew for a living when we were young.   We had very little money and she made all of our clothes.

My favorite was the dress she made me from curtain material it had black and white pandas all over it, not much has changed I guess, I still like to b individual. People would look at the garment and say “how unusual” with a smirk on their face and their mirth wasn’t lost on me I knew their intent so I scowled. I still have a vision of the snooty lady in her hat and gloves making fun of my dress.

Mum set her old singer up on the laminex table in the kitchen. I can still see the white lace curtains moving in the breeze as the sun shone through the windows. The frangipani tree that I loved was just outside and it partly obliterated the smell of the oil in the machine. She sewed on that darn machine day in and day out and I even hated the sound, I swore I would never ever touch sew when I was old.

From the time I was about 10 years old mum made me stay in the kitchen while she sewed. She showed me how to draft patterns from the Enid Gilchrist books. From then on, that was my job. 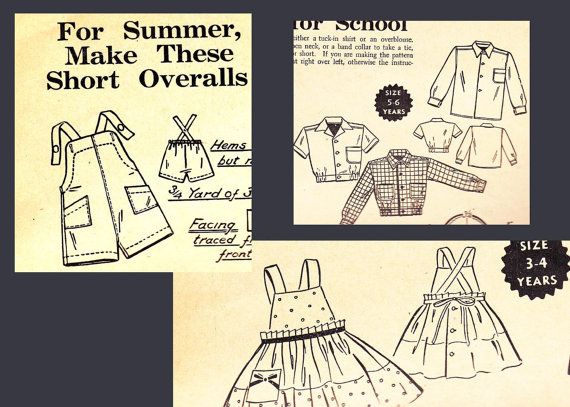 Pretty sneaky I think. She hated drafting them.  Now those darn books are in the Powerhouse Museum in Sydney.

She made me bathers from the pattern below, it was just when shirring elastic came out, so she shirred the heck out of them. I nearly drowned as they filled with water on their first adventure 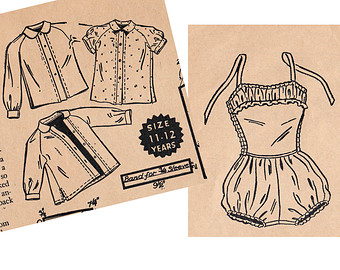 Needless to say, I never learned to sew.

I never wanted to sew,

I never had the inclination to sew.

Until our first child was born.

Oh, I think it was that nesting, care for your chick thing and I decided I needed to make him something.  We had no money for a machine so my Mother in Law gave me her 1920’s hand cranked and I used that.   Yes I still have it… I thought I was so darn clever. I made Jamie a little suit.

I even made shirts for myself.  I couldn’t do a button-hole so I took them to the sewing lady down the street. She was so surprised I used a hand cranked machine that she showed the garments to all her customers… so she made the buttonholes for free.

I had a burning desire to have a machine that did buttonholes, that’s all I needed in life,. Oh, and a lusted after a yellow typewriter.

When I was 26, Keith bought me a Lemair Helvetia that did button holes and it had a foot pedal… it even went backward and forwards and did a zig zag!!!! I just couldn’t believe it.  I just kept touching it, I was the luckiest woman in the world and indeed I made buttonhole after buttonhole just because I could. Heaven, I was in Heaven, and a year later I got my yellow electric typewriter. It clacked away at an alarming speed but I never did much with it.

When I  turned 36, I decided to become a fashion designer.

I set up a business with a friend and we were able to buy the first computerized Janome Memory Craft.  By then I was a fully fledged designer, we were successful and our clothes went all over the world and I designed them all on the Janome.

We upgraded and upgraded, so I think I’ve almost had every model that came out.  I gave the old ones to my friends.    14 years ago, and a few winning quilts later Janome offered to give me a machine to sew on. Can you imagine, I was in awe and absolutely thrilled.  I was so embarrassed, but I said ‘thank you’ and it helped me win more awards and I sing  its praises today.  Now I use 3 machines at one time, a project or different color on each, how lucky am I.

Then again, how lucky am I to be in my position. At times, it’s not easy, it’s really hard work, my creative brain is my  tool and my hands mould it  into something beautiful. My career was not calculated, those who know me well know that I’m consistent and driven and I guess that’s how I came to be sitting in a hotel room working on a computer rather than a yellow typewriter and longing to be home sewing on my machines.

“My mission in life is not merely to survive, but to thrive; and to do so with some passion, some compassion, some humor, and some style”
― Maya Angelou