I have to state, that I think I’m getting a bit old, I felt like I’d been tossed around  in a washing machine for 5 hours when we were on safari this morning, but when I think about it, my camera and lens are larger than ever, I’m sitting in the back seat and every time I stand up to photograph I have to perch on the ice box or balance on the bouncy seats hanging on the darn big camera. My hands and arms ached, but being the stubborn lady that I am, I just kept hanging in there.

Now today, we saw some amazing things, a leopard up a tree with its kill, lions, Elephants, and fields of Zebras but the most fascinating thing was to observe the mating rites of two Ostrich. How many of you have seen that in the wild?     Not too many I suspect, its not a suburban pass time.

I put it all down to education  on this wonderful tour.

I will call him George, for privacy reasons. His intended is Millicent, Milly for short.

We were out on the veld, no one around just George, a tree and us, a land-rover full of camera hugging tourists. 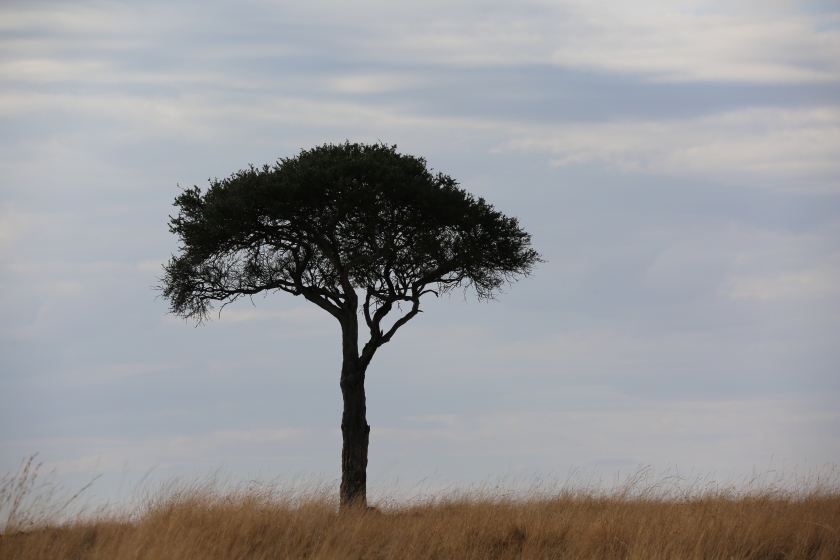 It was beautiful. Along comes George, completely full of himself, striding out like the  Ostrich Prince. In the distance he spies Milly and they run towards each other like Pamela Anderson on the beach.

Milly, drops her wings and flutters them instead of her eye lids  in anticipation as she runs towards him.

George got so excited he dropped to his knees in the grass and begins to fluff up his wings. Suddenly he jumps up, those darn wings are going crazy as he begins to dance. 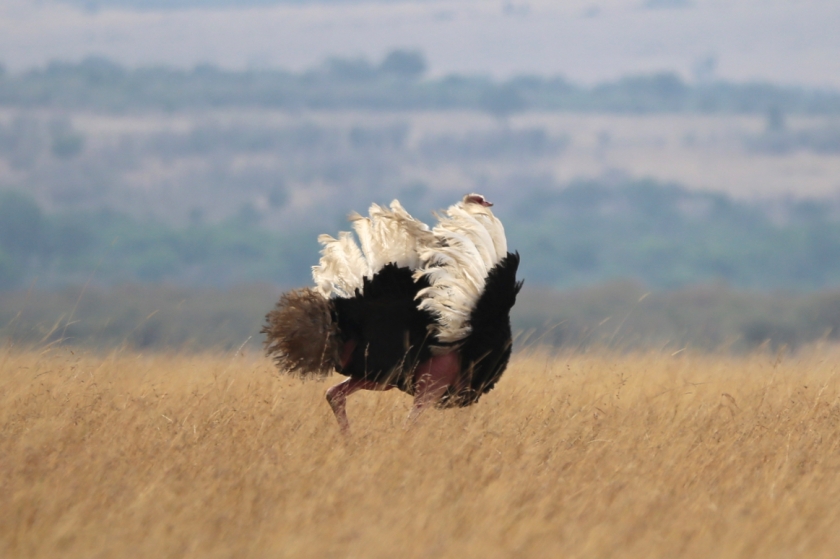 Milly, overawed, walks past his display and promptly drops to the ground.

It looks like George trips over her and suddenly she smiles.

Then he takes off  chasing another male Ostrich who also had eyes for Milly.

So there you are, just nature they tell me.