Our first stop was at a traditional painting studio.

Paubhas are painted on a rectangular piece of canvas. It is prepared by applying a mixture of buffalo glue and white clay on it. The surface is then rubbed with a smooth stone to give it polish. The painting is done according to the rules and dimensions handed down by tradition, and artists cannot exercise their creativity.

Friend Ginger, bought some of this fabric for me as a gift. I will use it to draw on,not stitch on. The consistency  reminds me of the removable polished collars made by the Irish in NY in the late 1800’s.

The paint is made from minerals and plants. Gold and silver paint are also used on paubhas. The eyes of the deity are painted when the rest of the painting has been completed, and is known as “mikhā chāyekegu” (opening the eyes). Brocade is sewn to the edge of the paubha to make a frame for display.

From a composition perspective, the surface of Paubha is usually occupied of a large figure in the center that is placed inside a shrine and surrounded by registers of smaller figures on the sides; the background is usually filled in with natural elements such as rocks rendered in abstract patterns. The color is often deep and subdued with subtle shadings of the figures and exquisite renderings of details that are the hallmarks of early Nepalese paubhas.

The one I purchased is a Mandala painting by a Master Artist and it was a fascinating process to watch. 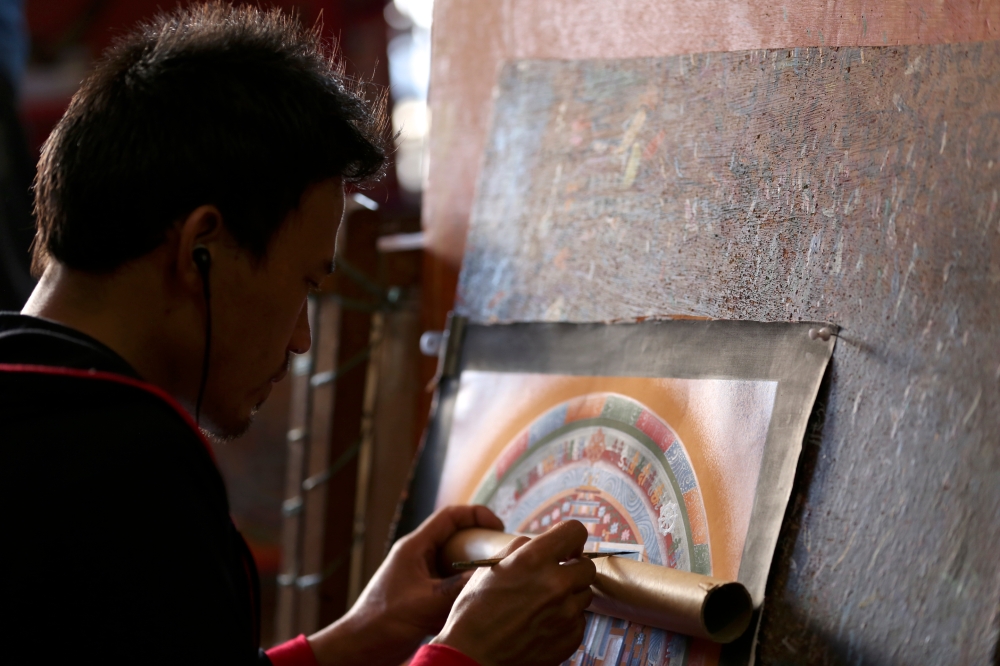 Step outside to another world. The grounds of the Stupa.

In 1979, Boudha became a UNESCO World Heritage Site. The Great Stupa of Boudhanath is the focal point of the district.

The culture is very much Himalayan with a strong presence of Tibetans & Sherpas, as can be evidenced by the number of restaurants selling momos, thukpa & other Tibetan favorites. Many maroon clad Tibetan Buddhist monks & nuns can be seen walking around Boudha, especially at the Stupa. As a daily ritual, many people walk three or more times around the stupa while repeating the mantra ‘Om Mani Padme Hum’ either quietly or aloud.

But for me the photo ops were just stunning.

This was just the first part of our day and there were more exciting things to come. 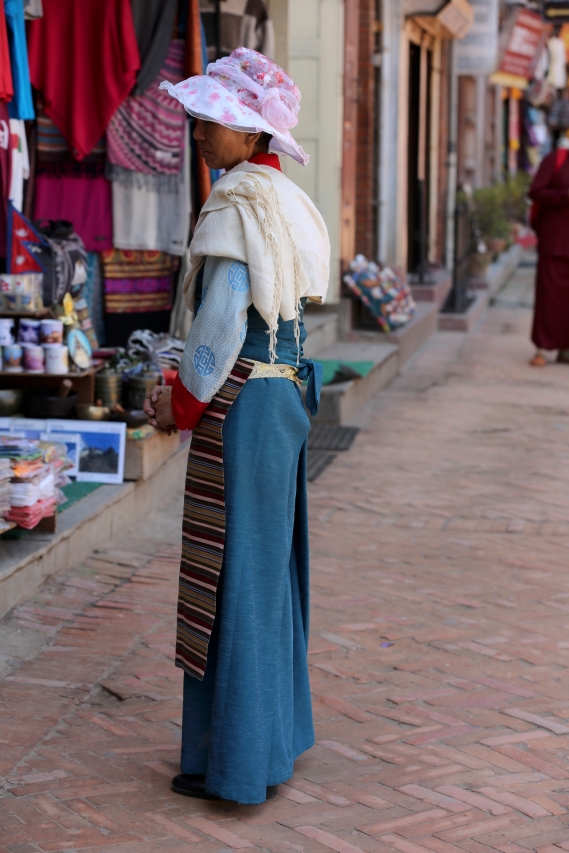 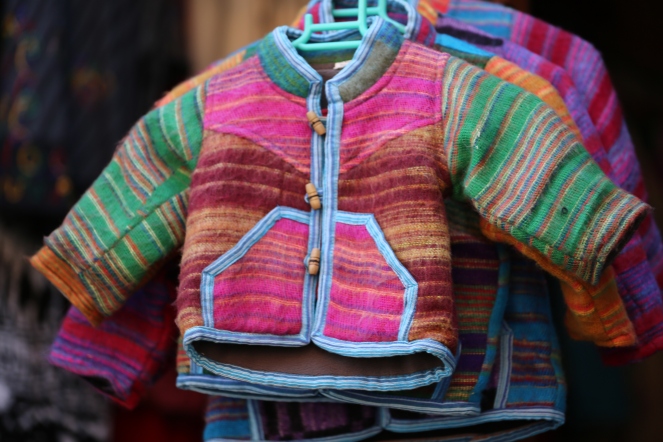 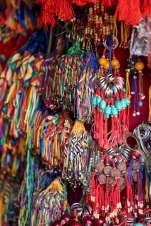 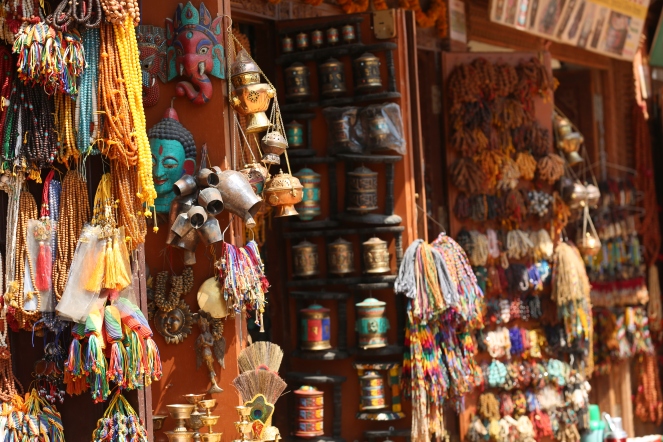 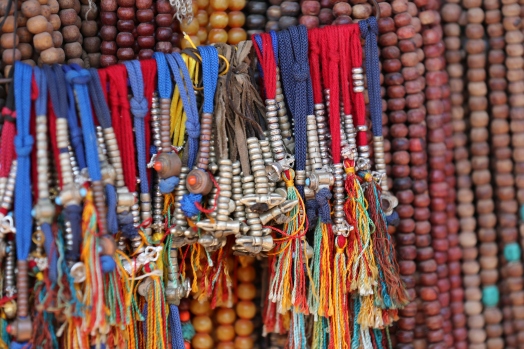 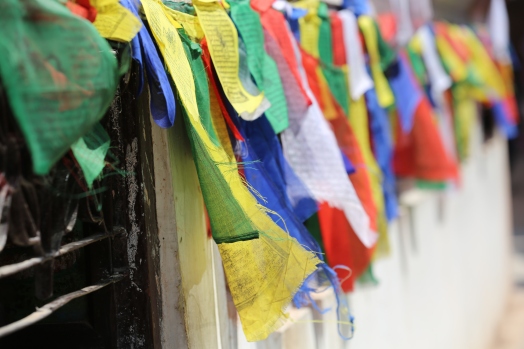 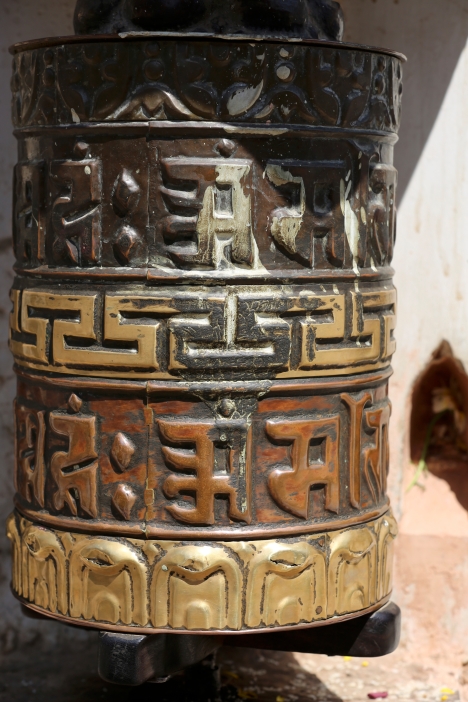