The temperature has risen to 42 degrees and I wondered if I dare venture out to take photos… but the result of my hour walk was worth the searing temperatures.

From my window I have a 180 degree view of the river where  the dhows sit in the water laden with goods. Its fascinating to watch. There is movement in all directions.

I see just one crane, but the rest of the boats are being laden by sheer manpower. 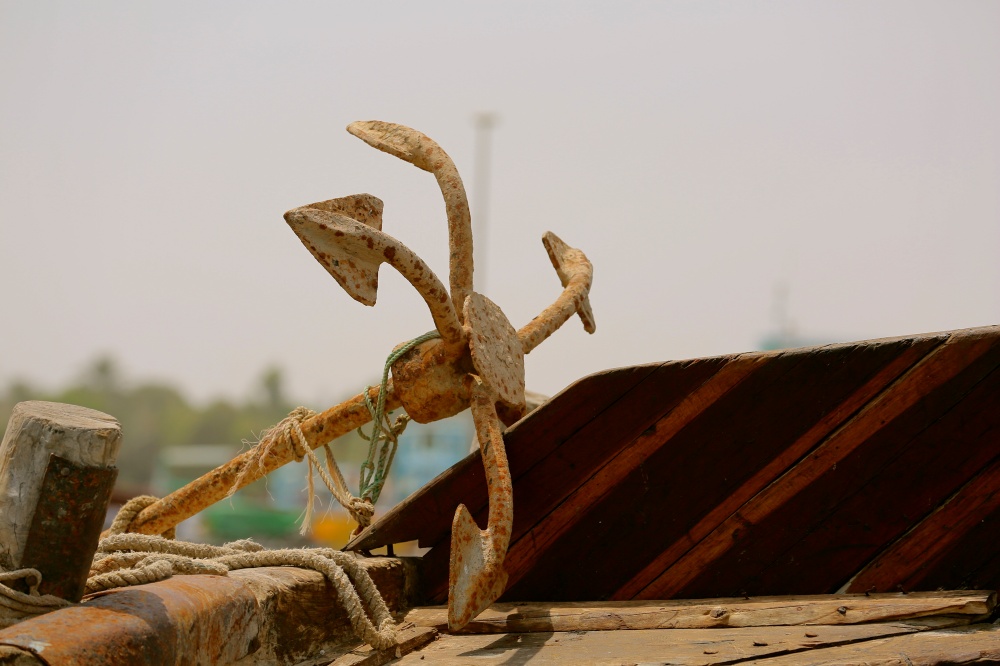 Its just after noon and the call to prayer from the Mosque next door has resonated across the water. 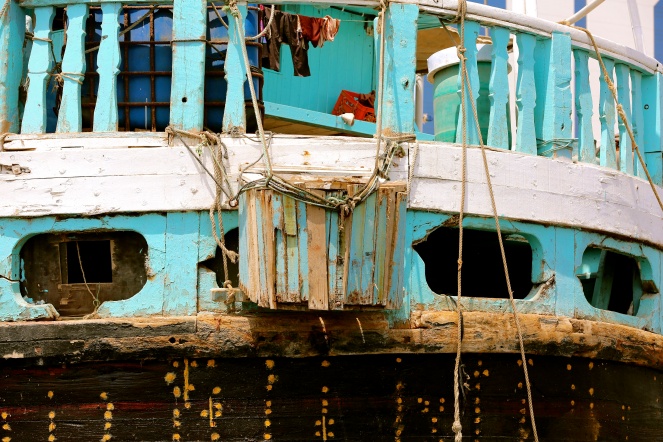 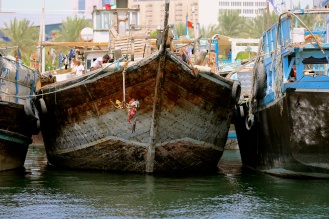 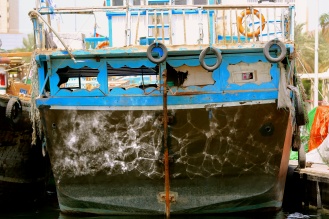 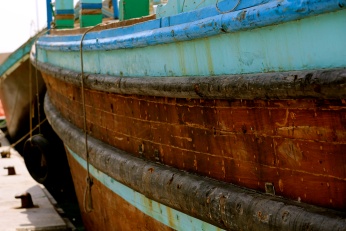 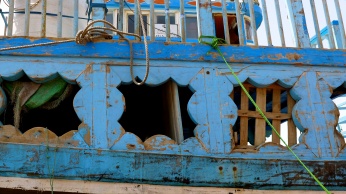 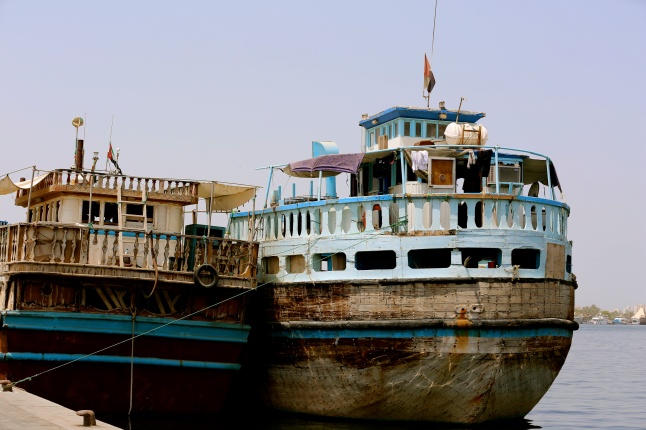 Dhows are long, flat, wooden vessels used in the Indian Ocean and Arabian Sea, and they’ve docked at the Creek since the 1830s when the Maktoums established a free-trade port, luring merchants away from Persia. Today’s dhows trade with Iran, Iraq, Pakistan, Oman, India, Yemen, Somalia and Sudan, and you’ll see them precariously loaded with everything from air-conditioners to chewing gum to car tyres, almost all of it re-exported after arriving by air or container ship from countries like China, South Korea and Singapore. 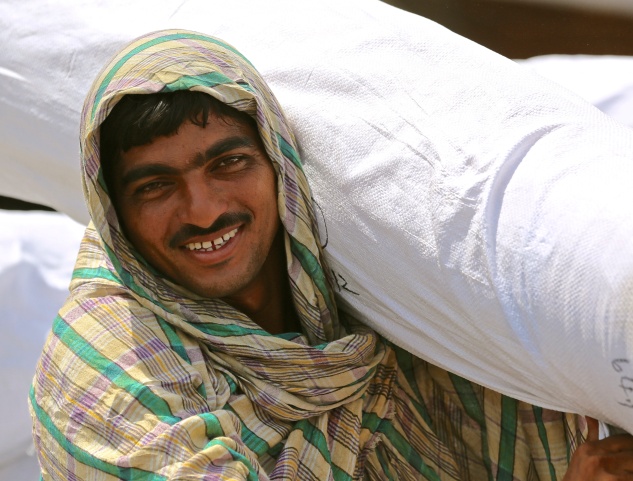 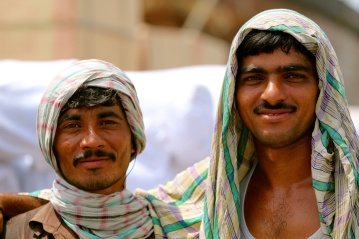 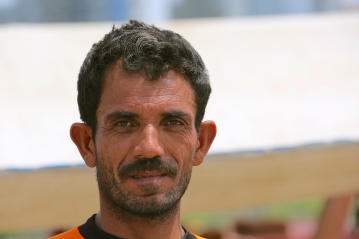 While a casual observer will see picturesque scenes that appear to be frozen in time – of men  loading goods onto rickety old boats; of small groups sitting on the deck and shooting the breeze; of a wizened man holding the mast of the boat and staring out into the sea contemplating life, the behind-the-scenes stories can be heartbreaking if the characters who live them didn’t have a sense of humor and irony that keeps them smiling despite the odds. Business is the bottom line, whether it’s the crew who double as loaders, cooks, mechanics… whatever they are required to do at any moment, or the dhow owners, dealers, agents and middlemen. Some of them were sailors and the captains of the dhows, some were human cargo loaders their wiry bodies laden with goods straining to trudge the 15-odd feet to thin planks that lead to the bowels of the boat.

While the dhow dealers and owners keep the Dubai Creek alive generating business worth billions of dirhams, the sailors and their old vessels risk life and limb on every voyage. 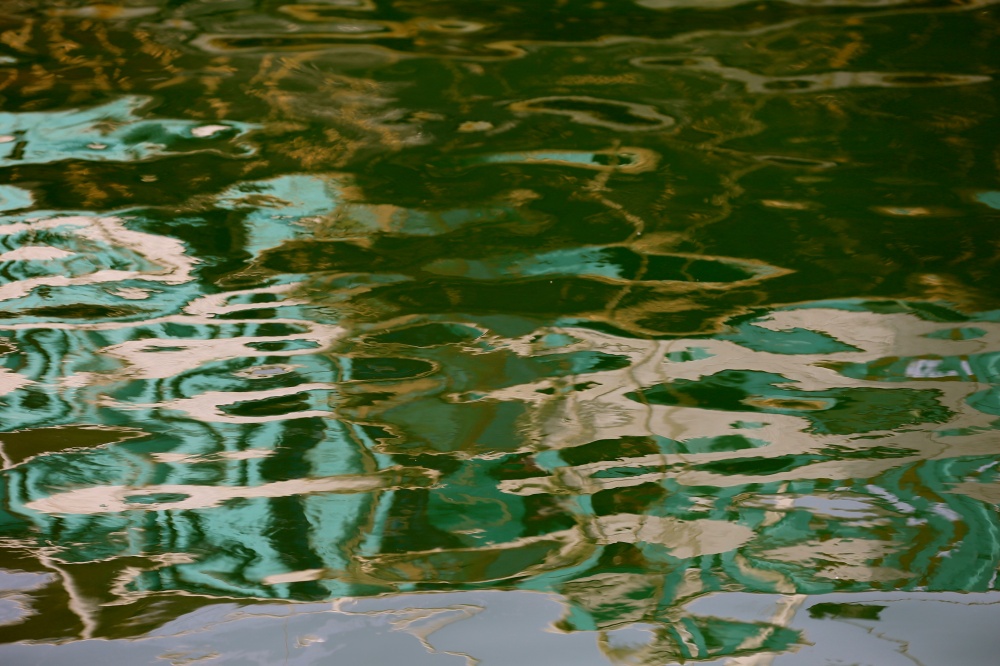 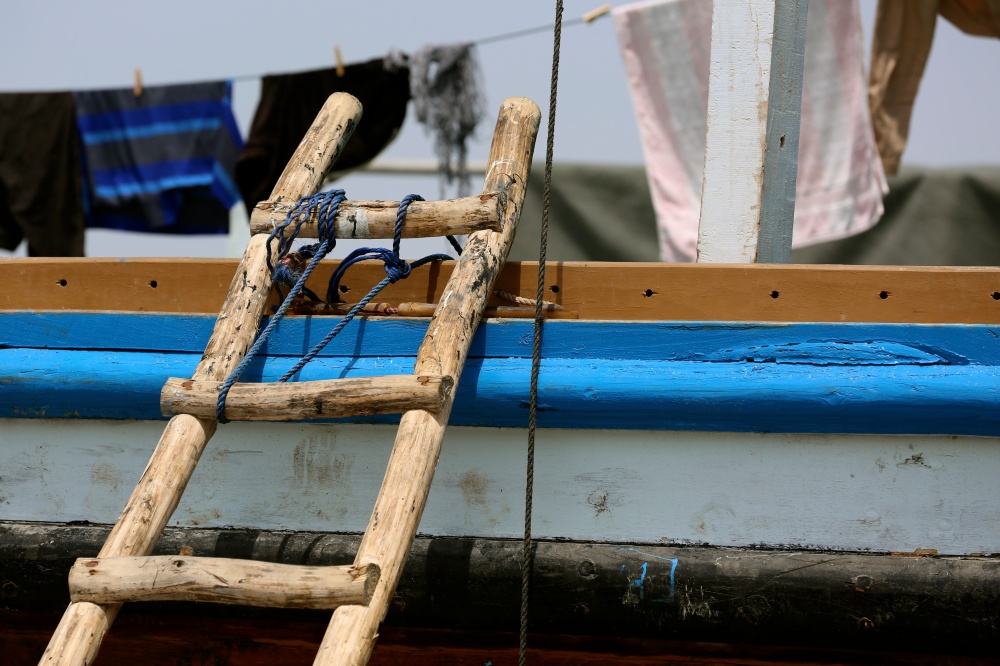 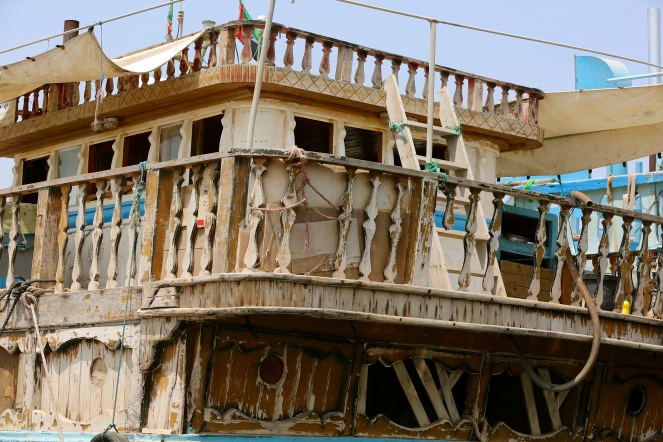 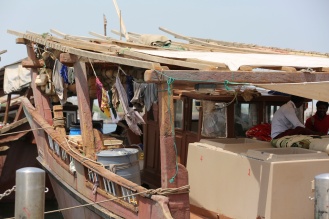 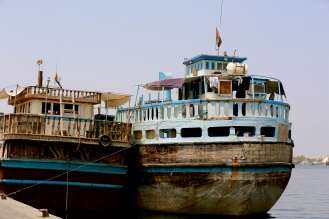 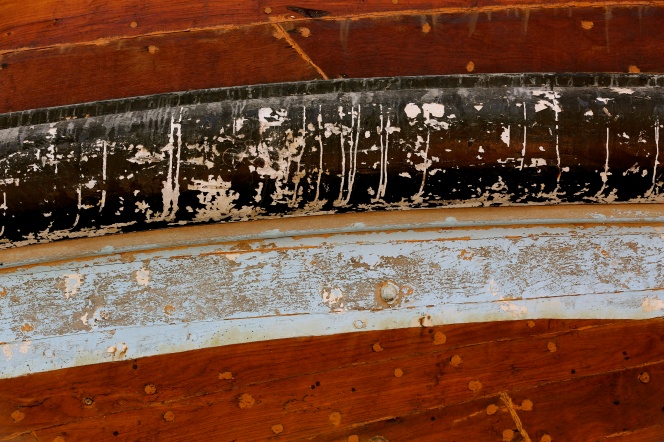 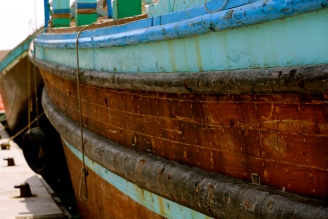 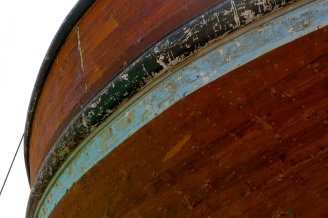 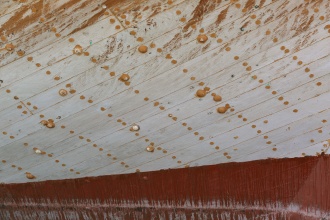 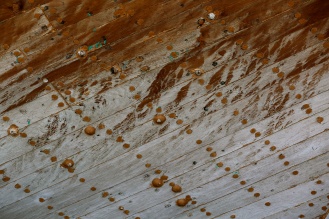 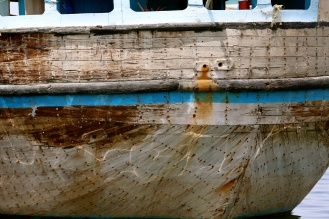 I tried to capture the colors, the angles, the textures and the reflections. 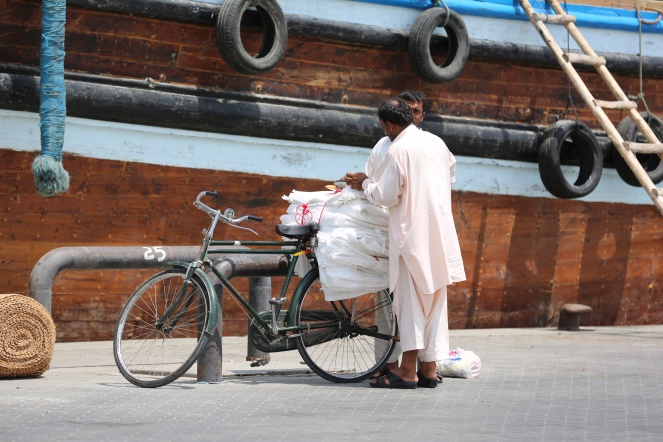 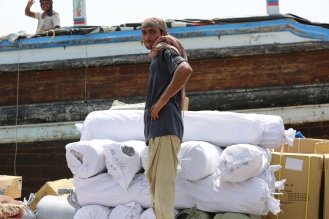 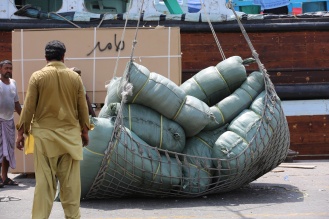 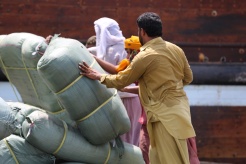 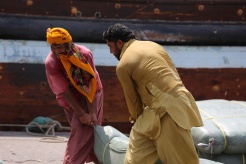 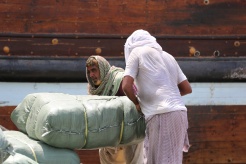 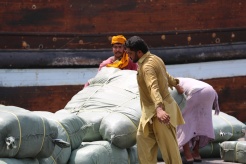 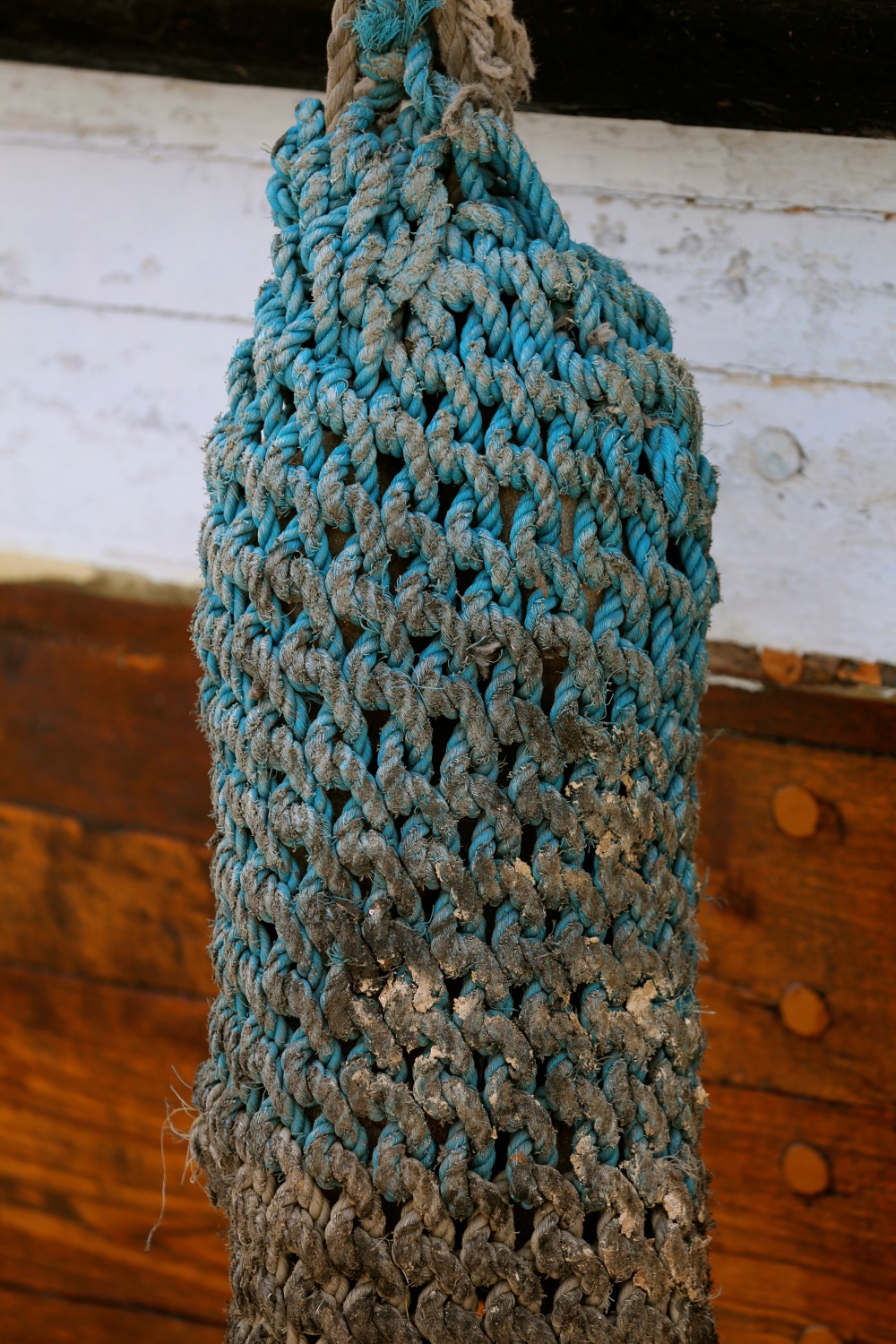 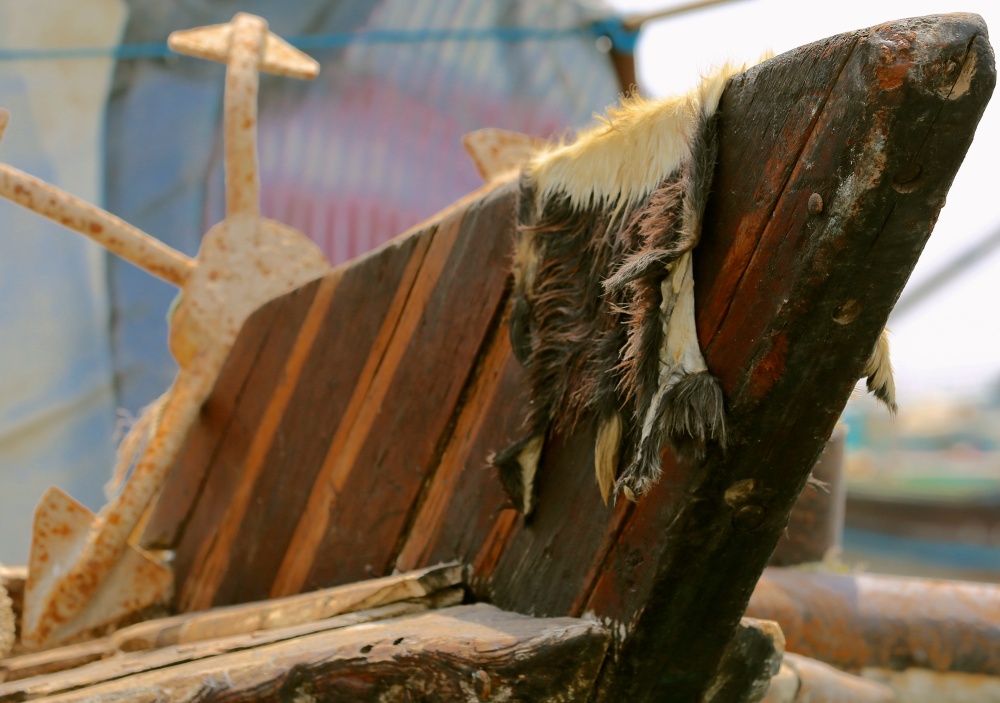