Sitting on the Tarmac, the grass is tall and iridescent green. Through the spaces of the gently swaying fronds I see a woman in a bright red sari and held high above her head a red umbrella bounced to the beat of her steps and one is reminded that this is not home.

Friday morning began with  a degree of anticipation. “Madam, we will ring you at 4.30 if the mountain is clear” Of course I was awake waiting for the call that inevitably came and I shuffled into the prepared clothes for the morning adventure. We were going to see the sun rise over Annapurna. It’s widely talked about in the holiday brochures and the images shared are stunning, a huge mountain range rising from the green plains of the valley of Pokhara. 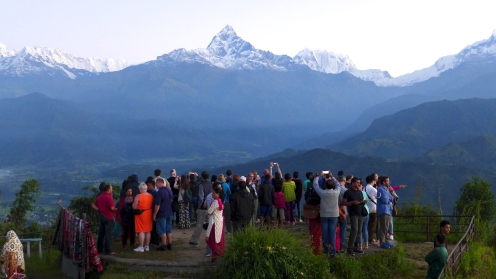 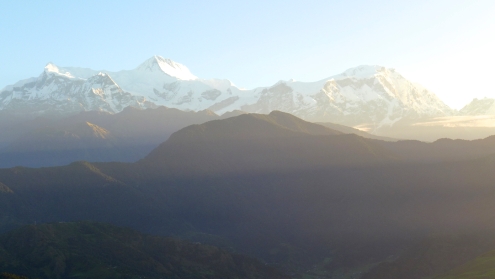 It was the first cloudless day for some time and we had already made the early morning walk down the stairs the previous day, only to be told. “No, the weather is bad, go back to bed”

5.00 am and the driver was waiting for us. Still dark we watched the town awake as we drove up to the mountain. At first the only thing stirring on the streets were the village dogs and gradually as the time passed we encountered people going to work, school and opening the small stalls along the road side. The houses fringe the road and you seem to become partners in the  scenes of bathing, cooking and the preparation for the day.
It’s a really  steep road, wide enough to for just one car and situated at a 45 degree angle. There was a thread of people walking up and down the hill to somewhere.

It was semi dark for our arrival and we were surrounded like bees to honey by young men, wanting to guide us to a higher vantage point. No, we just paid 100 rupees to stand away from the crowd (1.78) 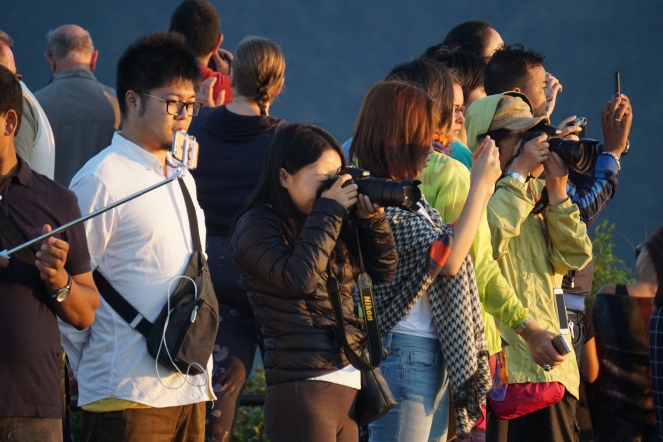 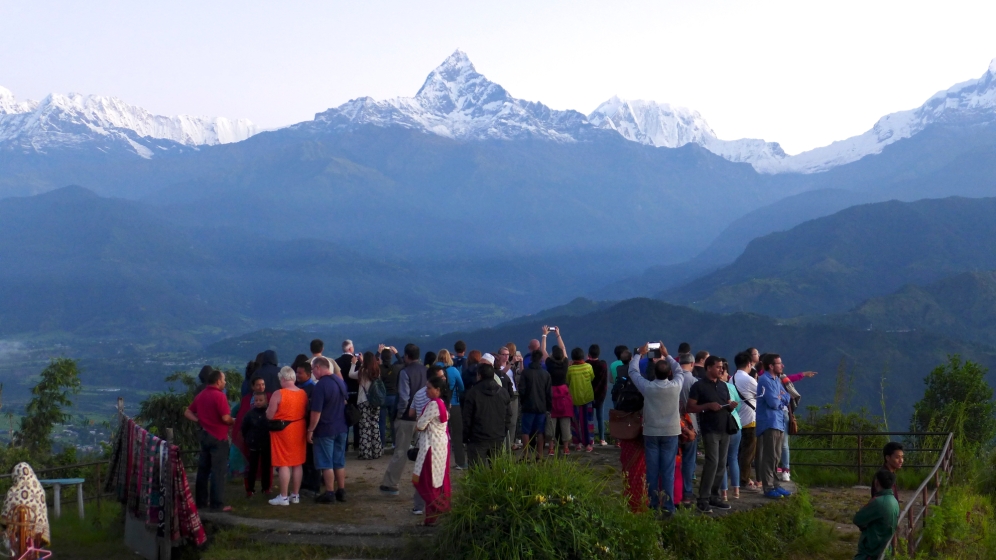 There is a great deal of anticipation and finally the sun tips the horizon and the tallest snow covered peaks turn a  golden orange. 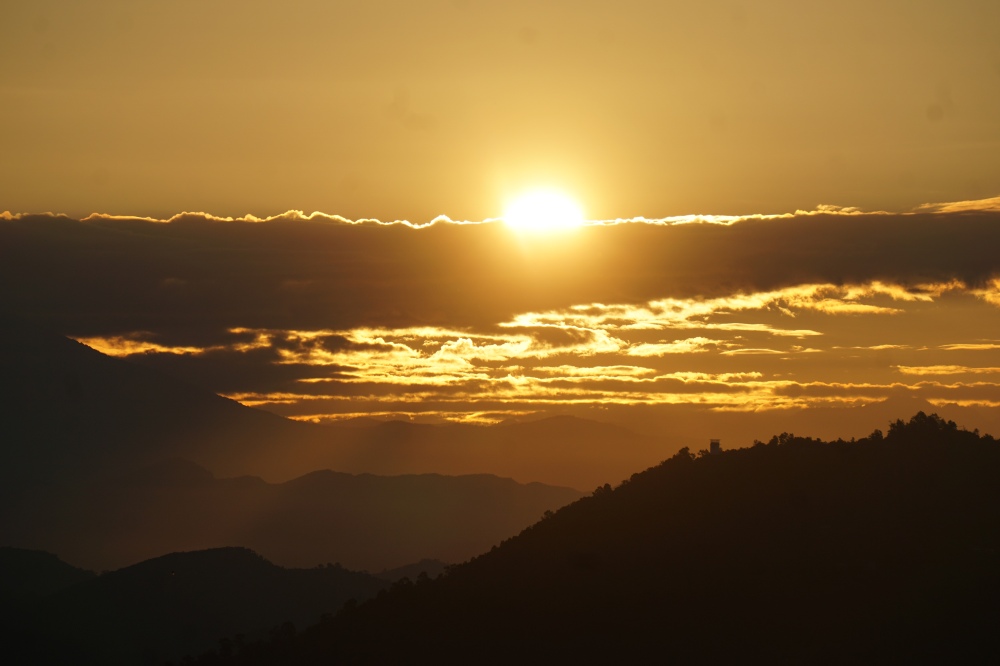 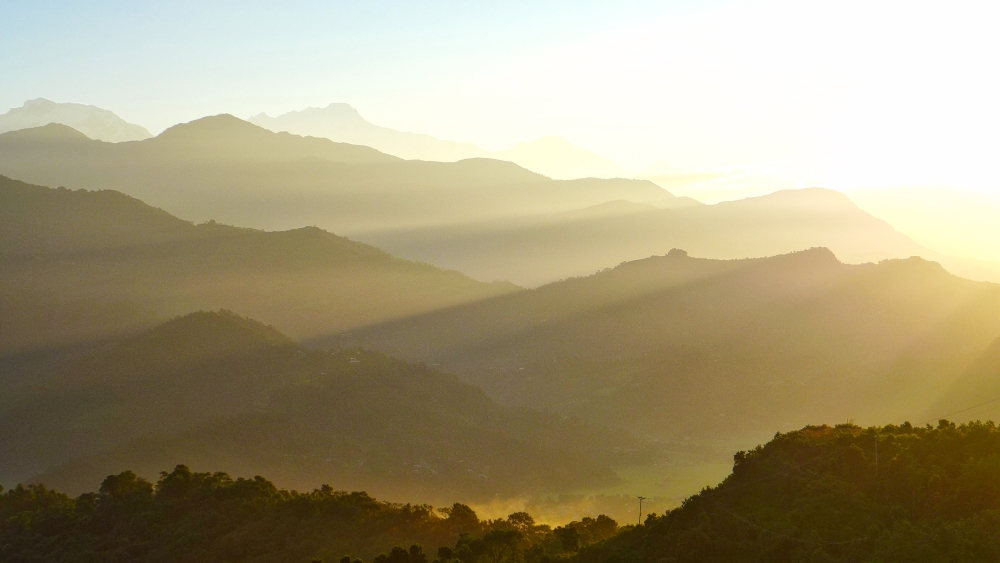 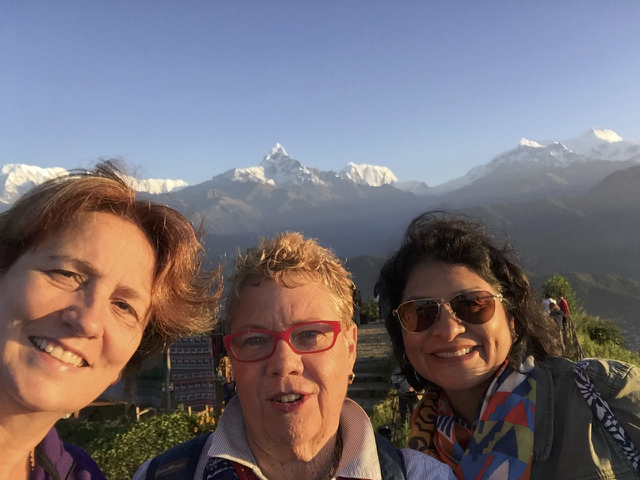 And there we were on top of the mountain making the most of our experience. We can do it. We did it.