I’ve been traveling for almost 3 months and many of you have followed the travels, the photographs, the illustrations and the blog.     During that time and at my lectures and classes, I promised  that I would share some of the techniques I use to do my patterns and illustrations.

In January this year, my creative life changed when I purchased the new iPad pro.

I bought the largest screen and the largest memory iPad that I could. Then came the wonderful apple pencil. It really has taken me almost all of the year to work through the applications that work in my favor.

The main one I use is Adobe sketch.

So to the steps.

Open Adobe sketch, the pens are on one side and the sketch layer on the other. Press the + sign and a new image layer sign appears. 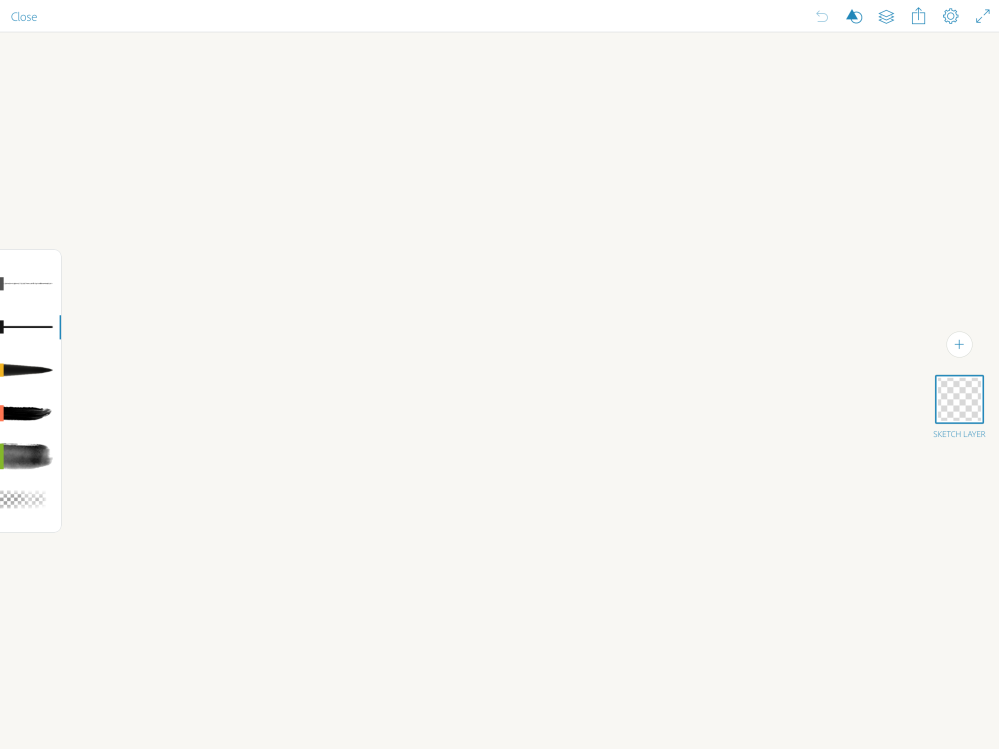 Click on the image layer and you can import a photo into the page. 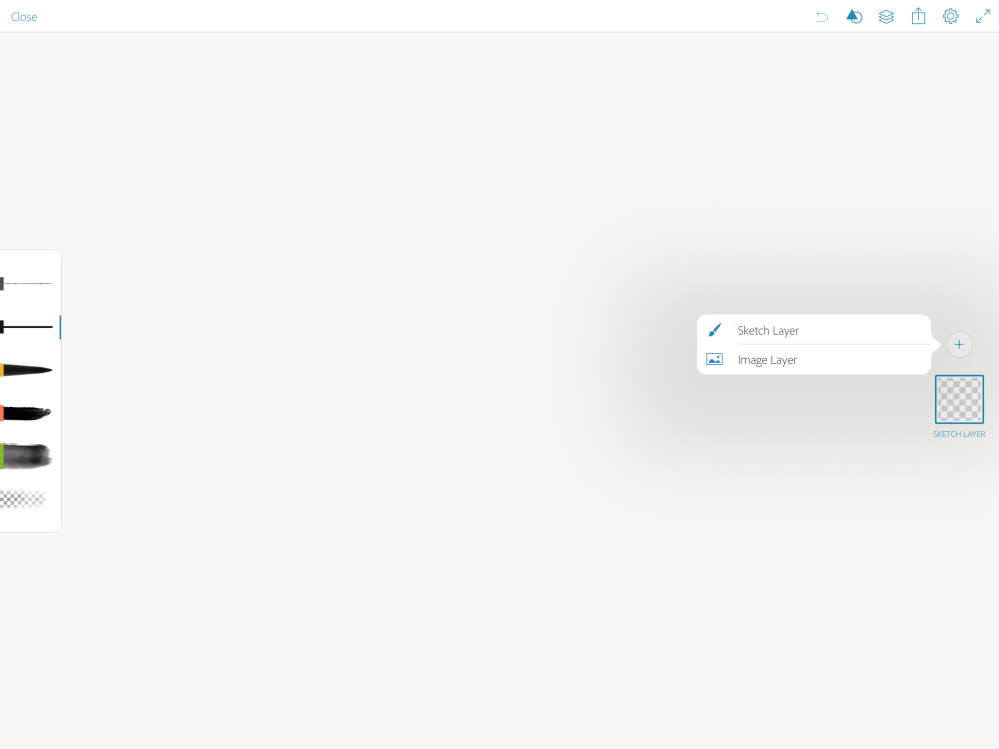 I’m going to draw a camel, and so she appears. Press ‘done’ up on the right hand side and then this image appears ready to work on.

Click on the image layer to bring up the sketch layer over the top of it. It’s like a virtual tracing paper.  Slide the opacity to about 60%.  Then you are ready to sketch. Sometimes the small blue ‘eye’ image on top of the image layer has a diagonal cross over it. Click it to undo the line. It prevents you from using the image layer and its a bit of a catch.

You can see the image underneath and then you just draw on the top. I enlarge it by placing two fingers on the screen and widening the image.

I have used a pencil here, it’s the top image. The small circle under the pencil line is the size of the line. I use a 1.5. If you hold the apple pencil upright, you get a fine line, if you lay it on its side you get a brush stroke. You select the color by clicking on the color image.

You can ‘undo’ the line by clicking the reverse arrow… just like your sewing machine. There is also an eraser. 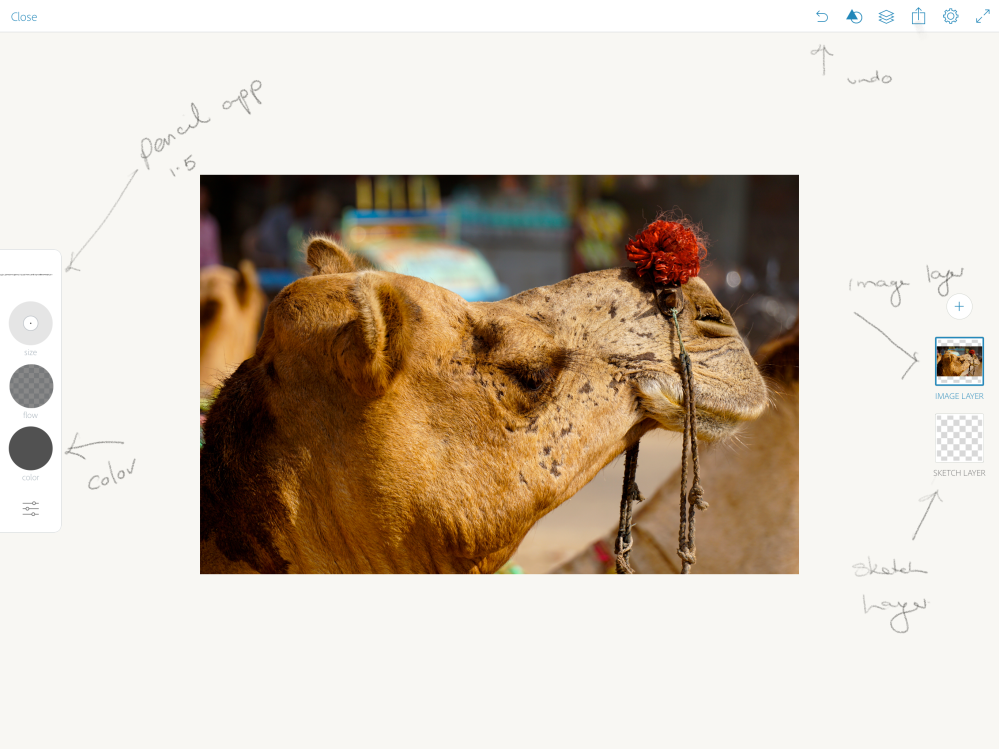 You can see I’ve added a ‘duck’ layer and now I’m working on the fur of the camel. 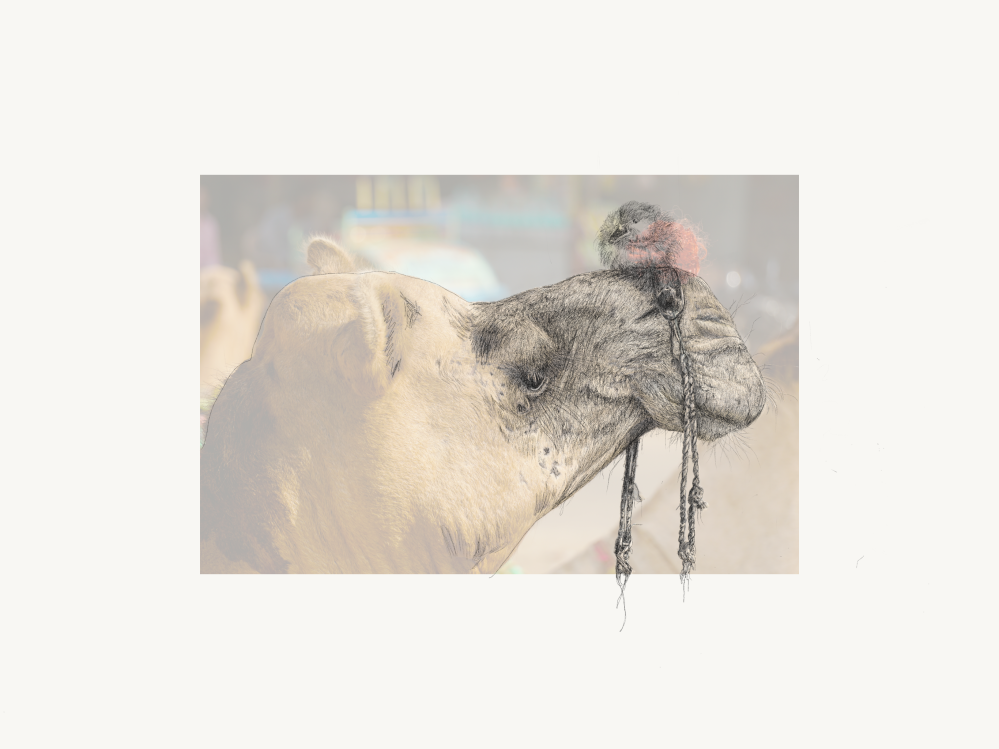 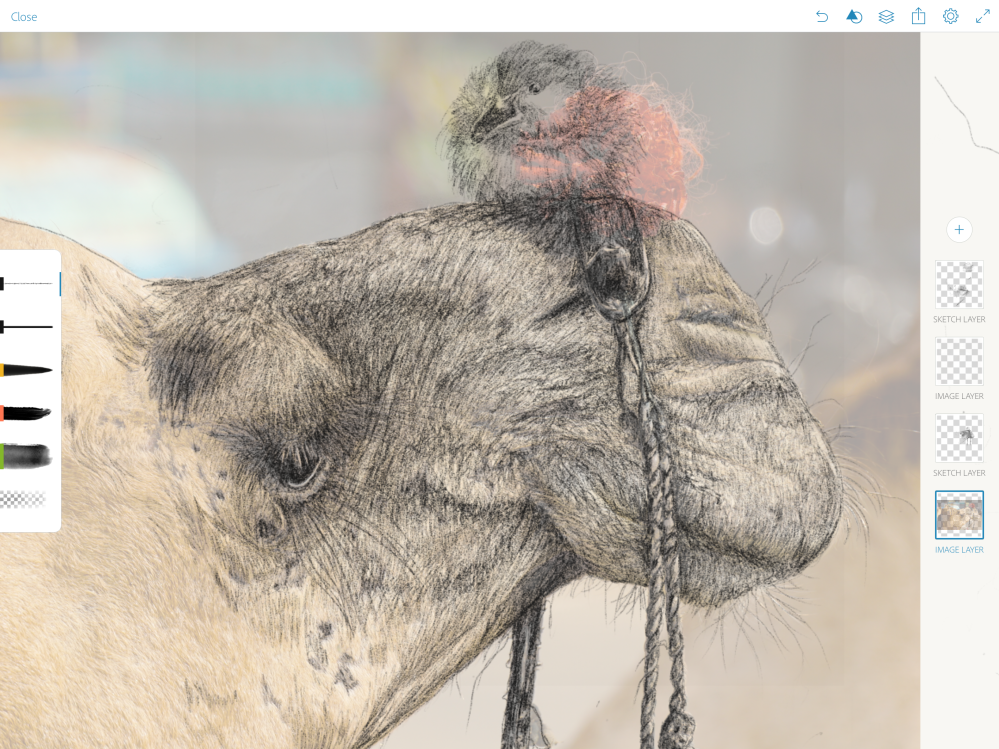 When you take the image slider to ‘0’ you loose the photo behind the image, and just have the drawing. I’ve not finished this one yet but its getting there. You just save it on the iPad and you have a drawing.

To be honest, I mainly use the underwater photo for guidance and then take it out all together and do the sketching myself.

The image below is not traced by just drawn and colored in with the colored pencil in the program. I find I can shade, blend colors and achieve an effect as if I was drawing with pencil.

I will add other apps in the coming week, but I have drawings to do and I will share them with you too.