It happens, a few hours of blog writing lost in a click yesterday . So I begin a new one today.

We left San Jose Costa Rica yesterday and I was happy when I got emails that everyone arrived home safely, (eventually)

I worked all the way on the 3 hour flight on my continuing art work on the iPad. a depiction of the areas I’ve been in South America over the past few years. The rose on the cheek of the unknown face is similar to the decorations on the wheels of the Ox carts in Costa Rica.

This illustration is done as a pencil sketch in the iPad pro. The background will  be intricate blue and white tiles.

I was so tired when I arrived, fortunately I’m a diamond member of Hilton so I got a wonderful upgrade on my room and I’m able to dine in the club for supper and breakfast.  I had a lite supper and fell into be at 8.00 pm not  trusting myself to write or do business when I’m so tired. 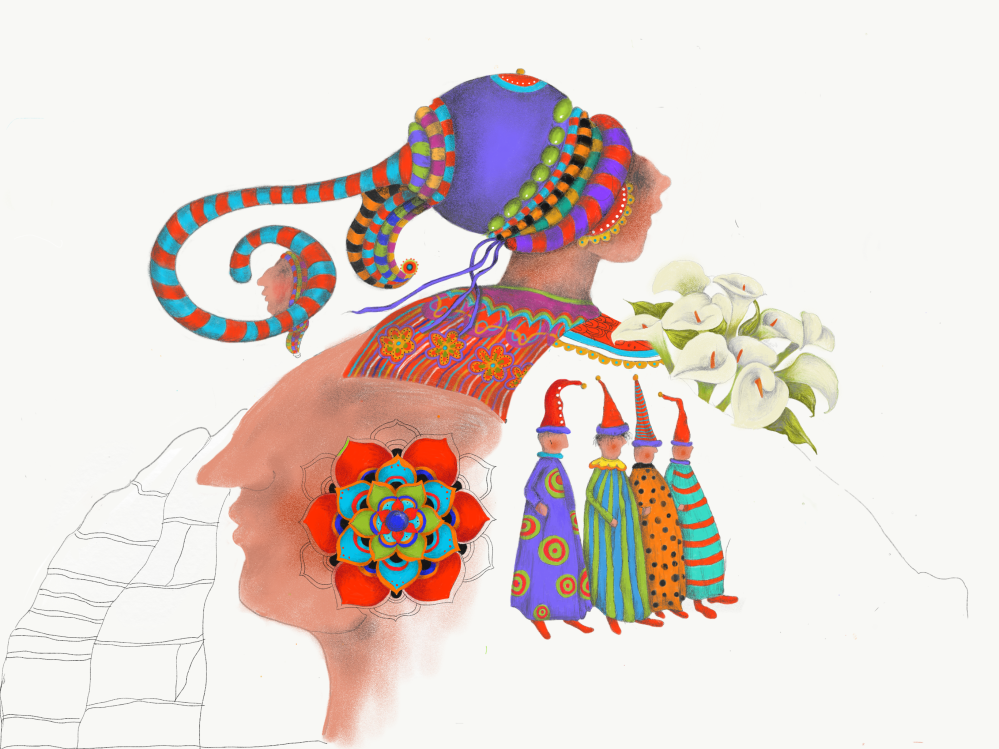 I’m here in Mexico City to escort a group following the monarch butterflies. Its different for me, but I’m looking forward to it immensely.

I put on another jacket today. One of a tour escort, so this morning was spent going over the paperwork and checking, checking and double checking the paperwork. I was still tired but forced myself to go out and walk… I’m very familiar with this area of Mexico City and it was wonderful to loose myself in the mysteries of a busy Sunday afternoon. I watched ballet on a big screen, wandered through small markets in the park and just observed the throng of people.

As I walked out of my hotel I was swamped by a throng of people demonstrating. I was uncertain just what they were  marching for until I took the very last image. 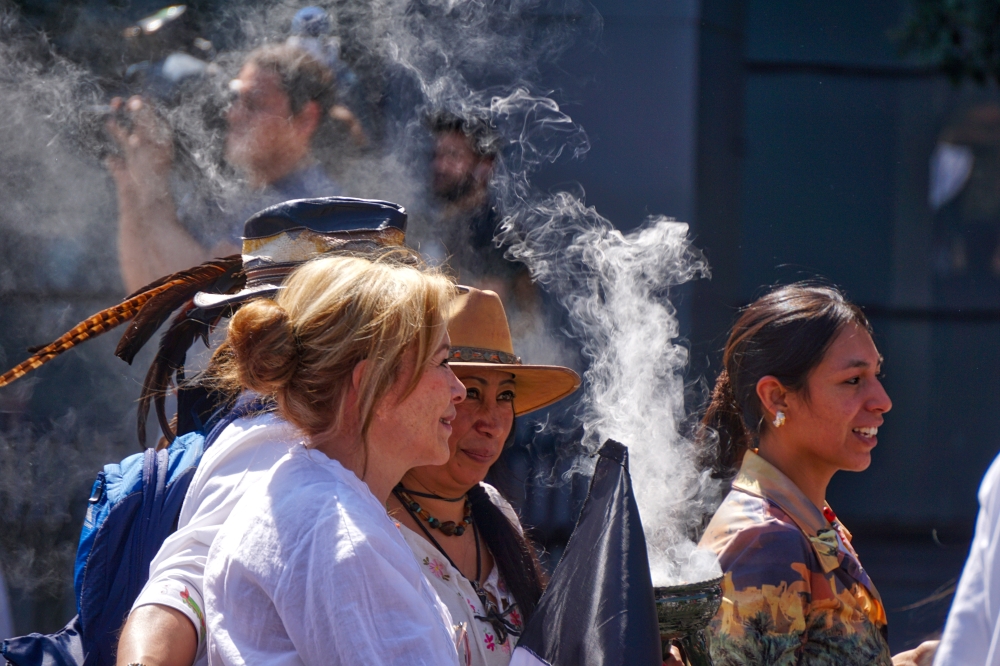 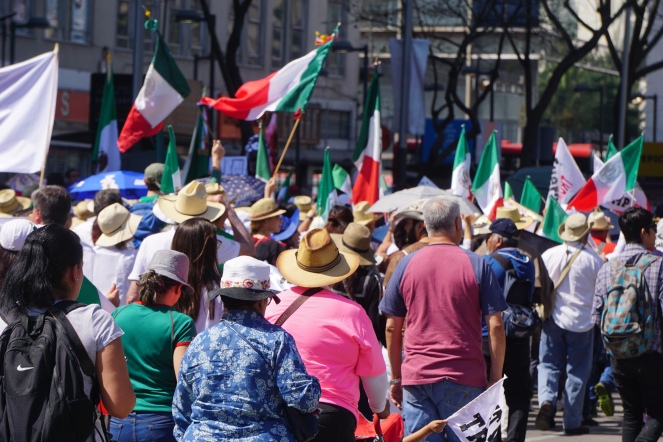 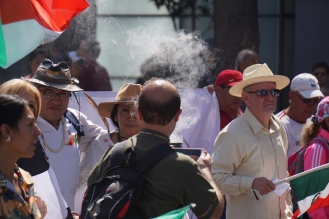 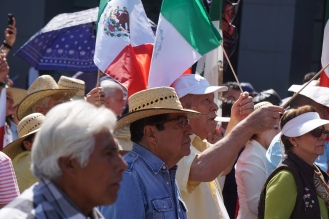 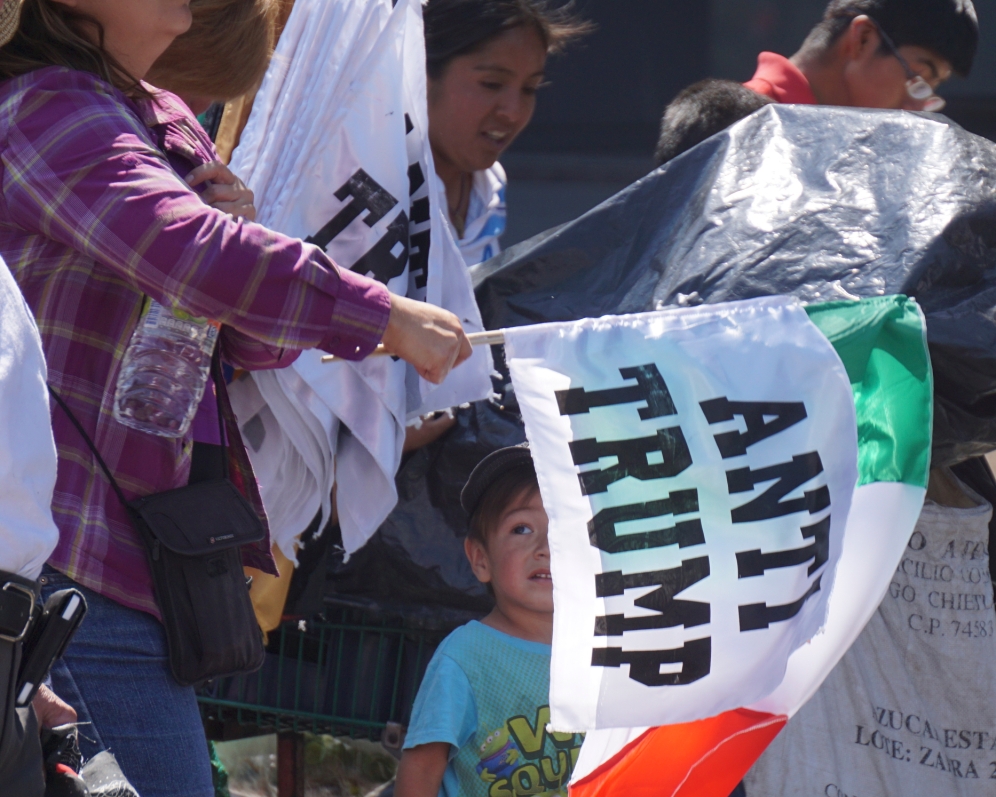 I walked a little further, and I came across a huge screen sharing a ballet. Its was just wonderful to see the people who came to enjoy this screening. People from all walks of life, I took a photo of a young man absolutely engrossed in the music and the images. 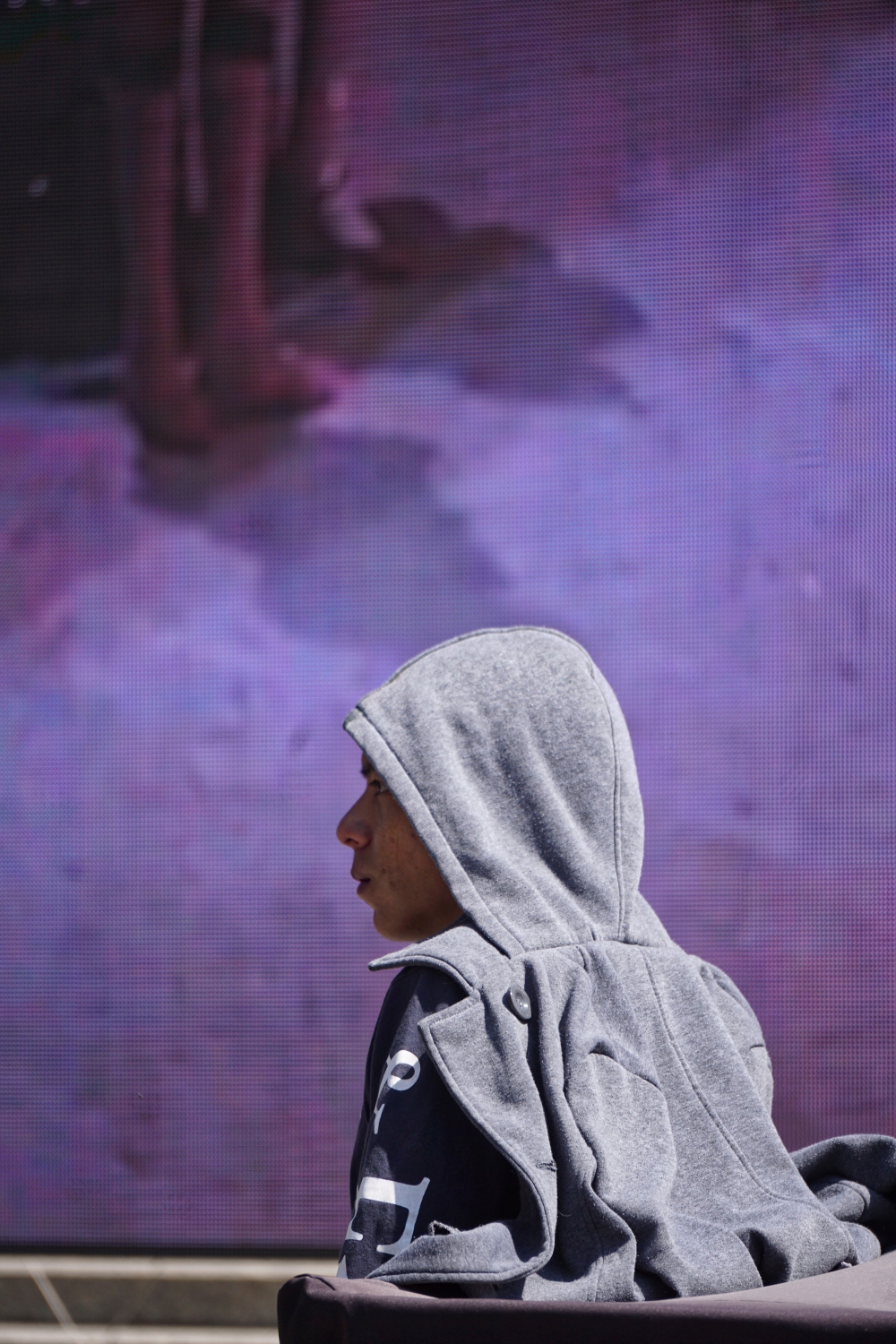 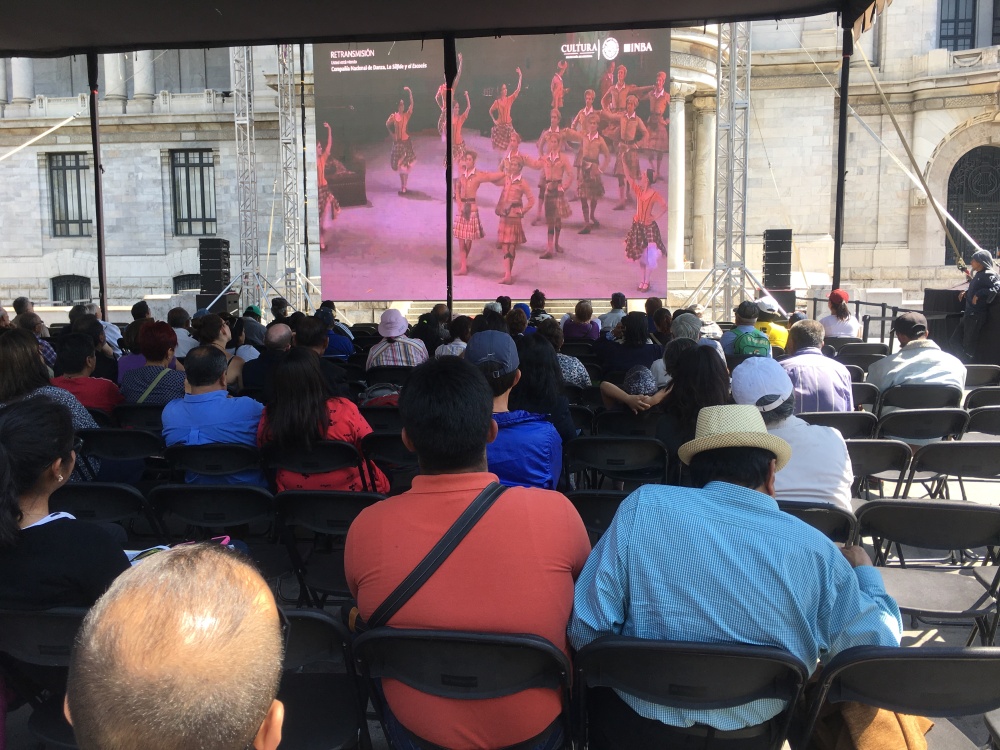 The classical music, blended with the  music of the stalls behind the event and the market sellers continued to sell their wares. 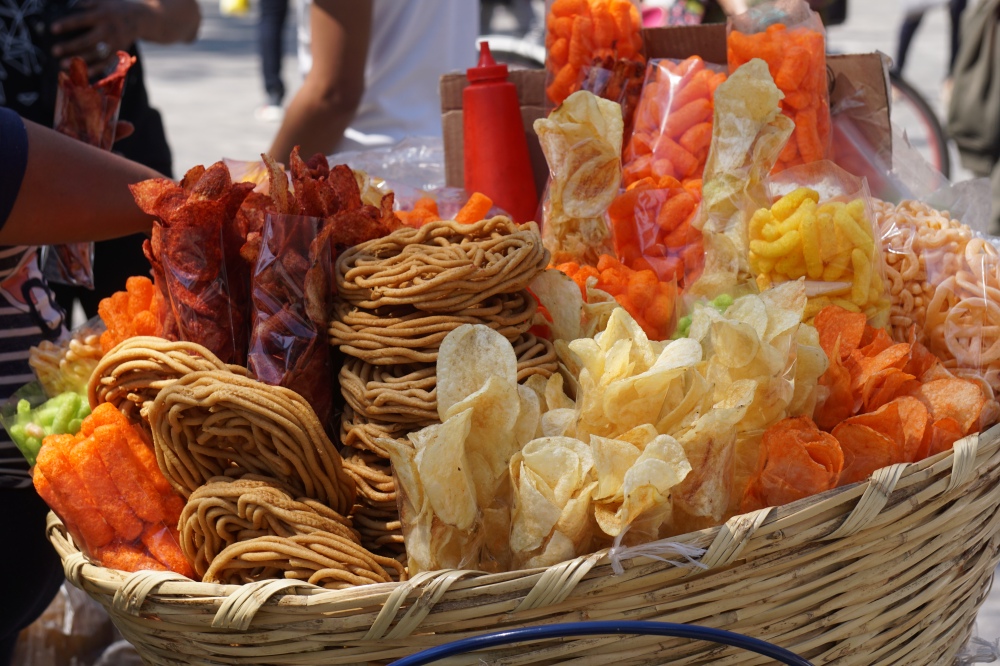 I have no idea what they are, but they sure look interesting. 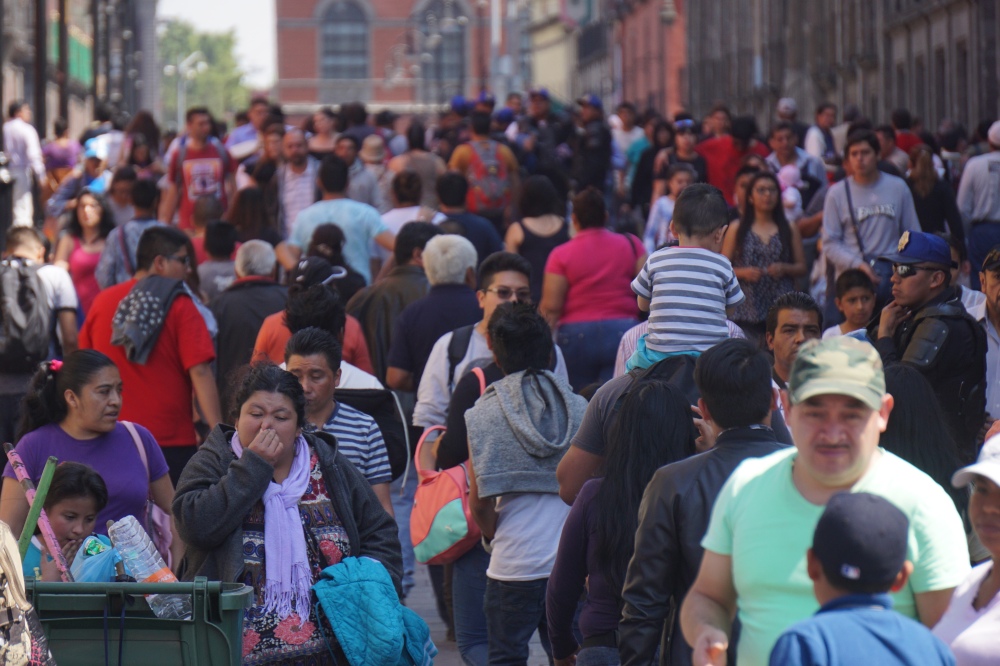 The mall was throbbing with people. Police were stationed every few meters. 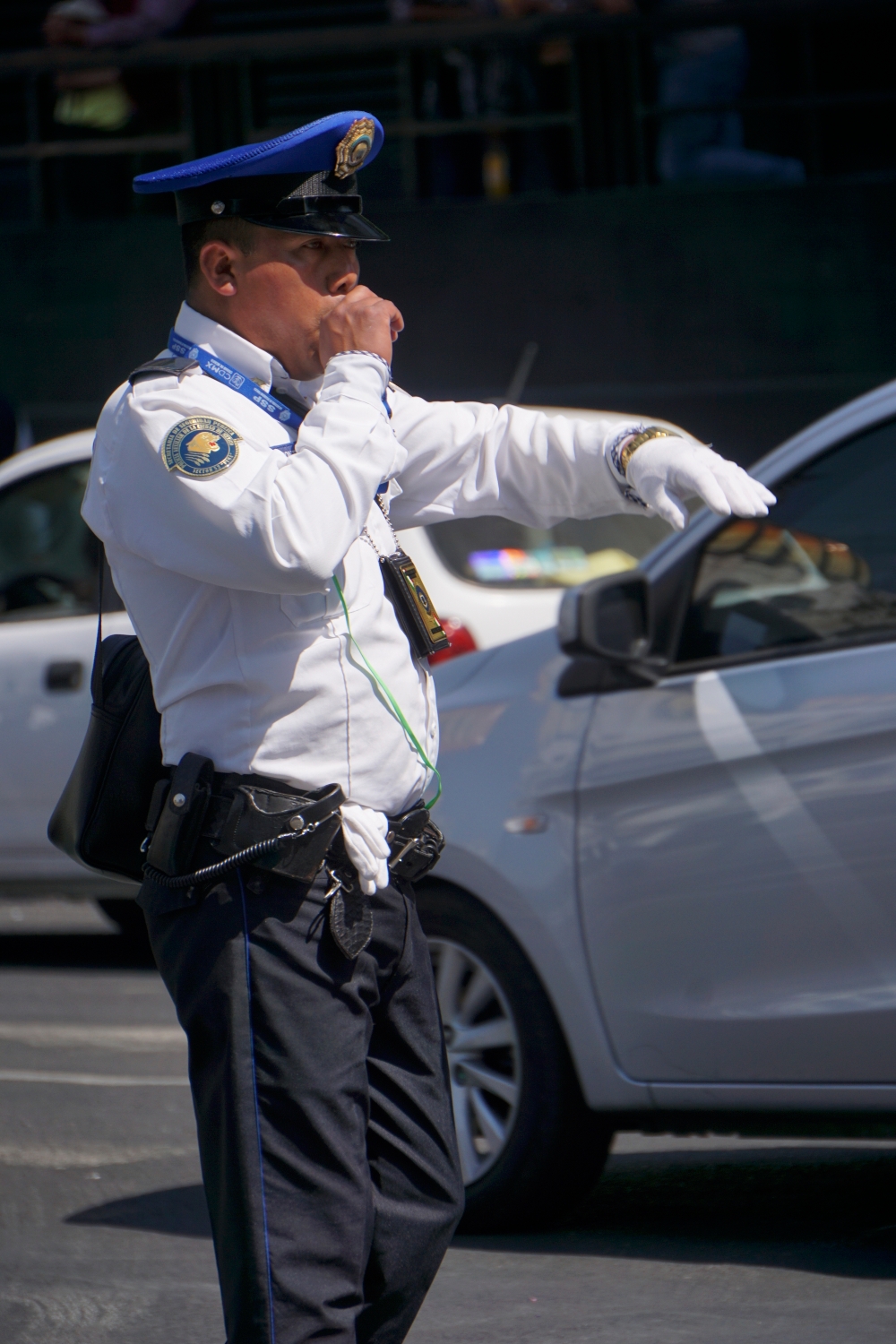 Past the Palacio de Bellas Artes 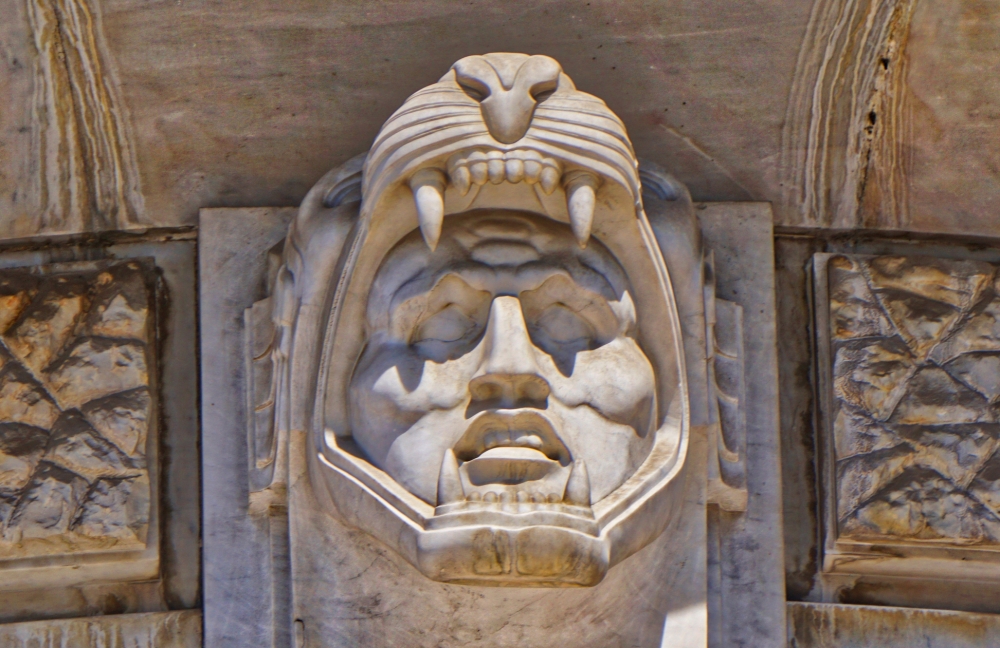 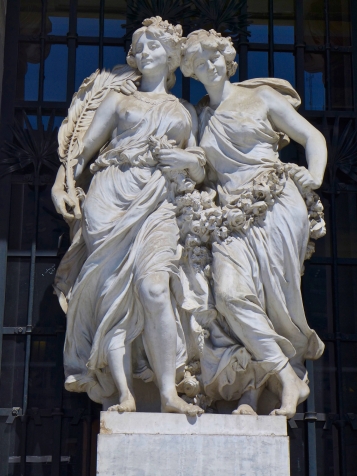 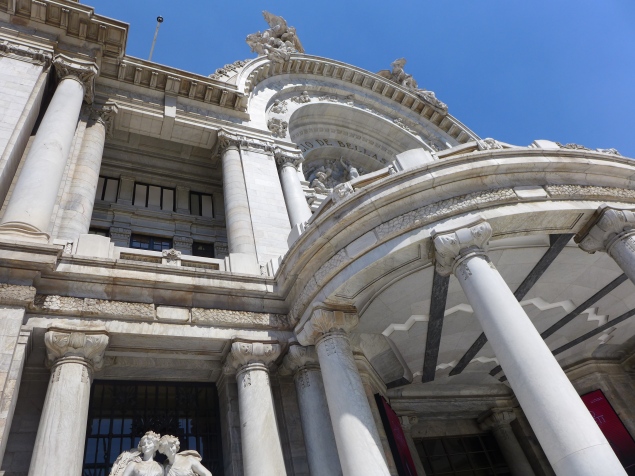 Then down to the Zócalo.   and I stood in wonderment as I watched the Indian healers work their magic on long lines of expectant patrons. 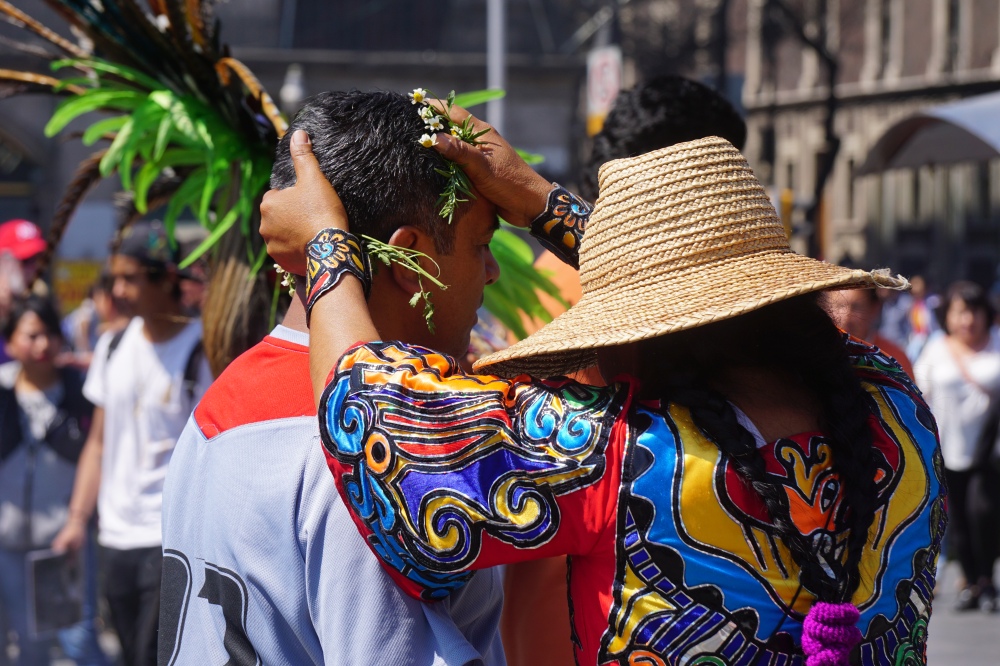 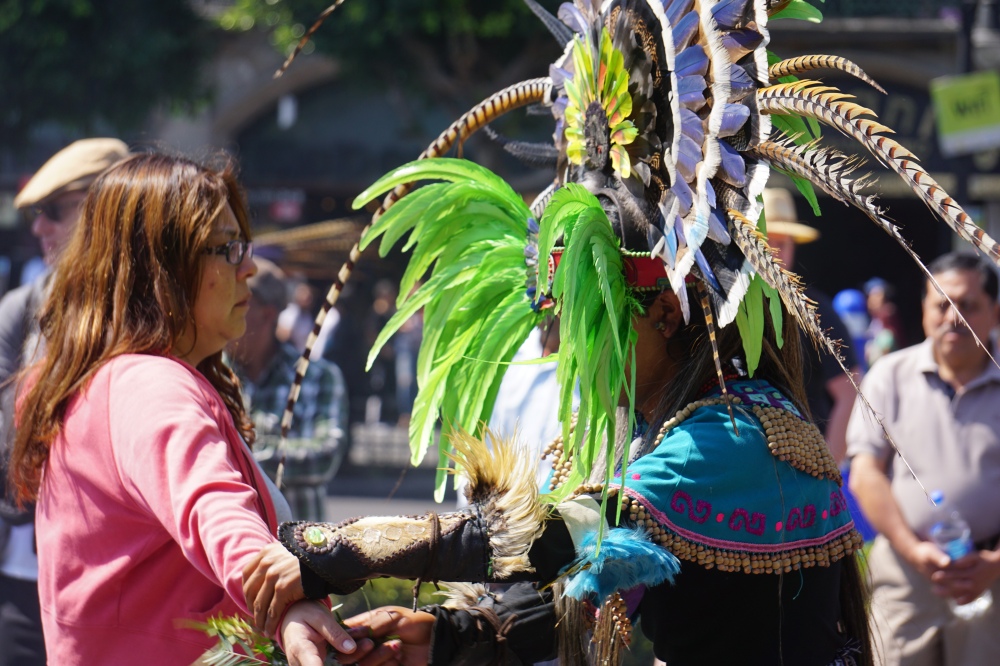 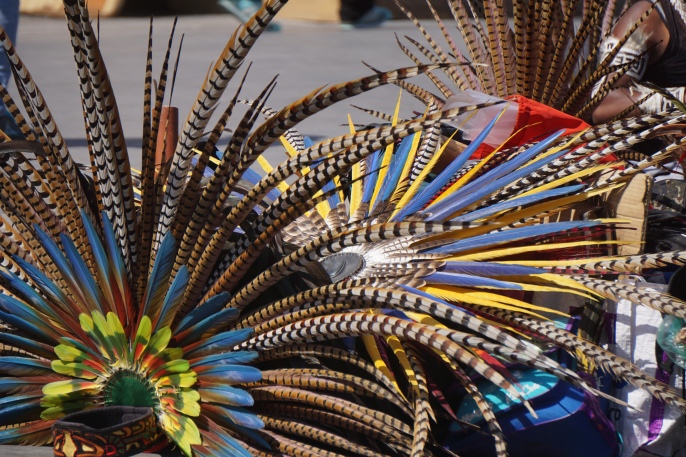 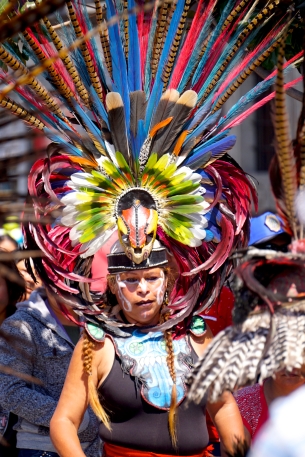 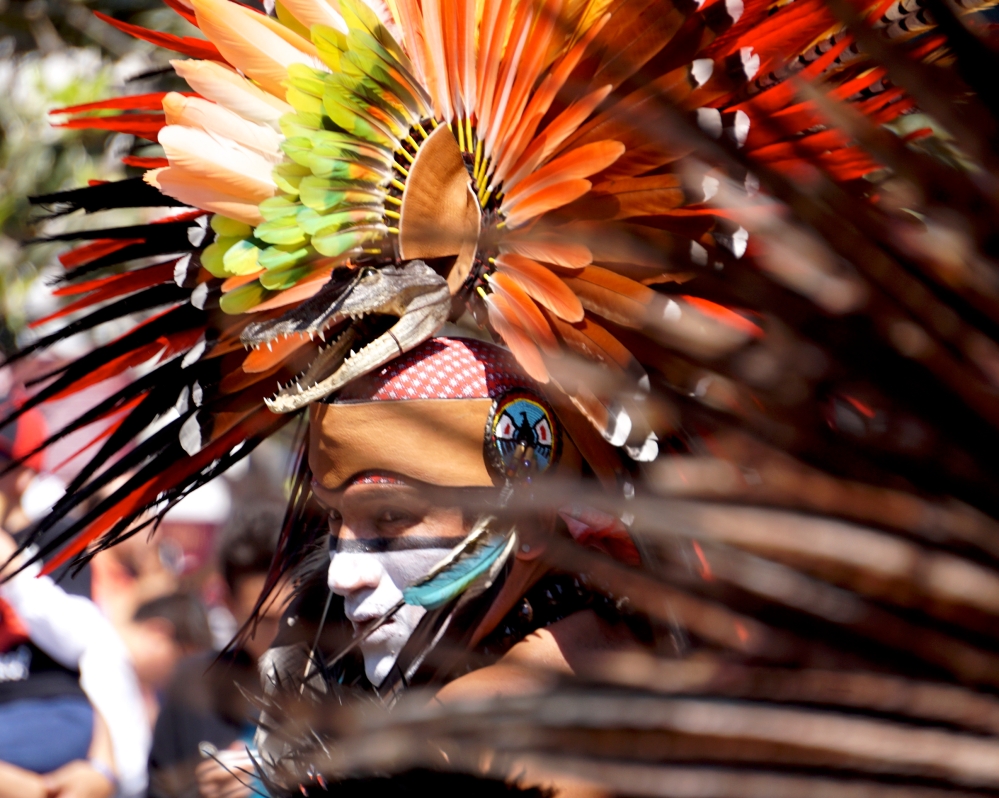 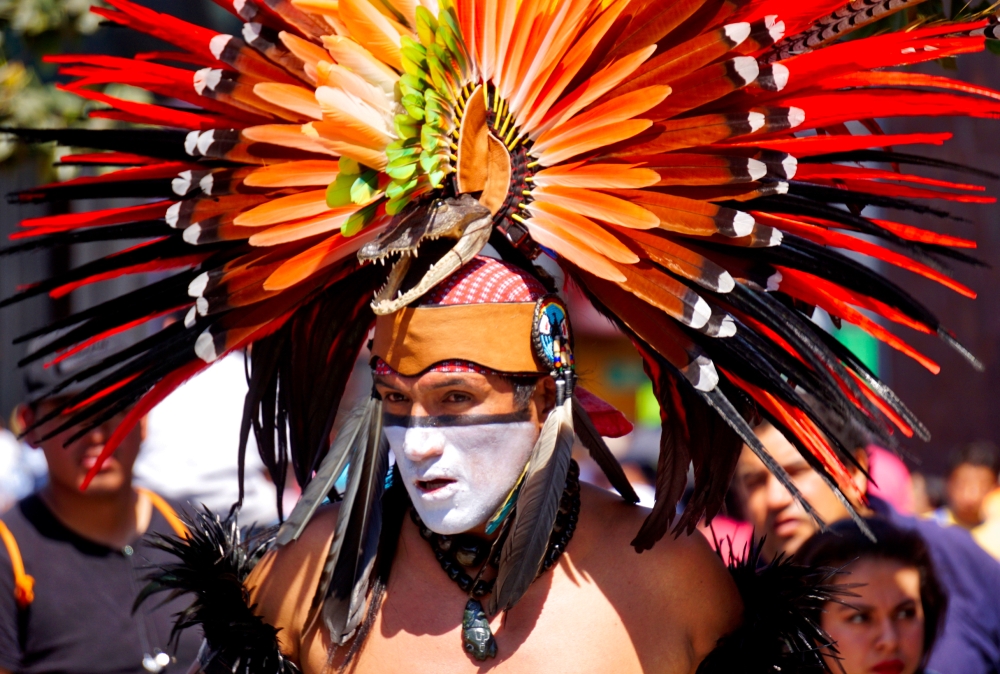 The Concheros dance, also known as the Chichimecas, Aztecas and Mexicas, is an important traditional dance and ceremony which has been performed in Mexico since early in the colonial period. It presents syncretic features both pre-Hispanic and Christian. The dance has strong visual markers of its pre-Hispanic roots with feathered regalia, indigenous dance steps and indigenous instruments such as drums. However, the name Concheros comes from a type of lute made with an armadillo shell, showing Spanish influence. The dance in its current form was the adaptation of the old “mitote” dance to Catholicism as a means of preserving some aspects of indigenous rite. 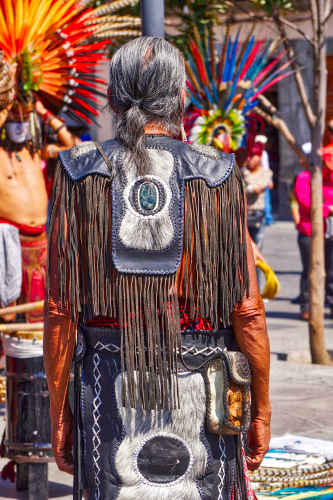 The Metropolitan Cathedral of the Assumption of the Most Blessed Virgin Mary into Heaven.

It is situated atop the former Aztec sacred precinct near the Templo Mayor on the northern side of the Plaza de la Constitución in Downtown Mexico City. The cathedral was built in sections from 1573 to 1813 around the original church that was constructed soon after the Spanish conquest of Tenochtitlan, eventually replacing it entirely. Spanish architect Claudio de Arciniega planned the construction, drawing inspiration from Gothic cathedrals in Spain.

I’ve been there many times and so I took few photos but just wanted to capture the emotion. 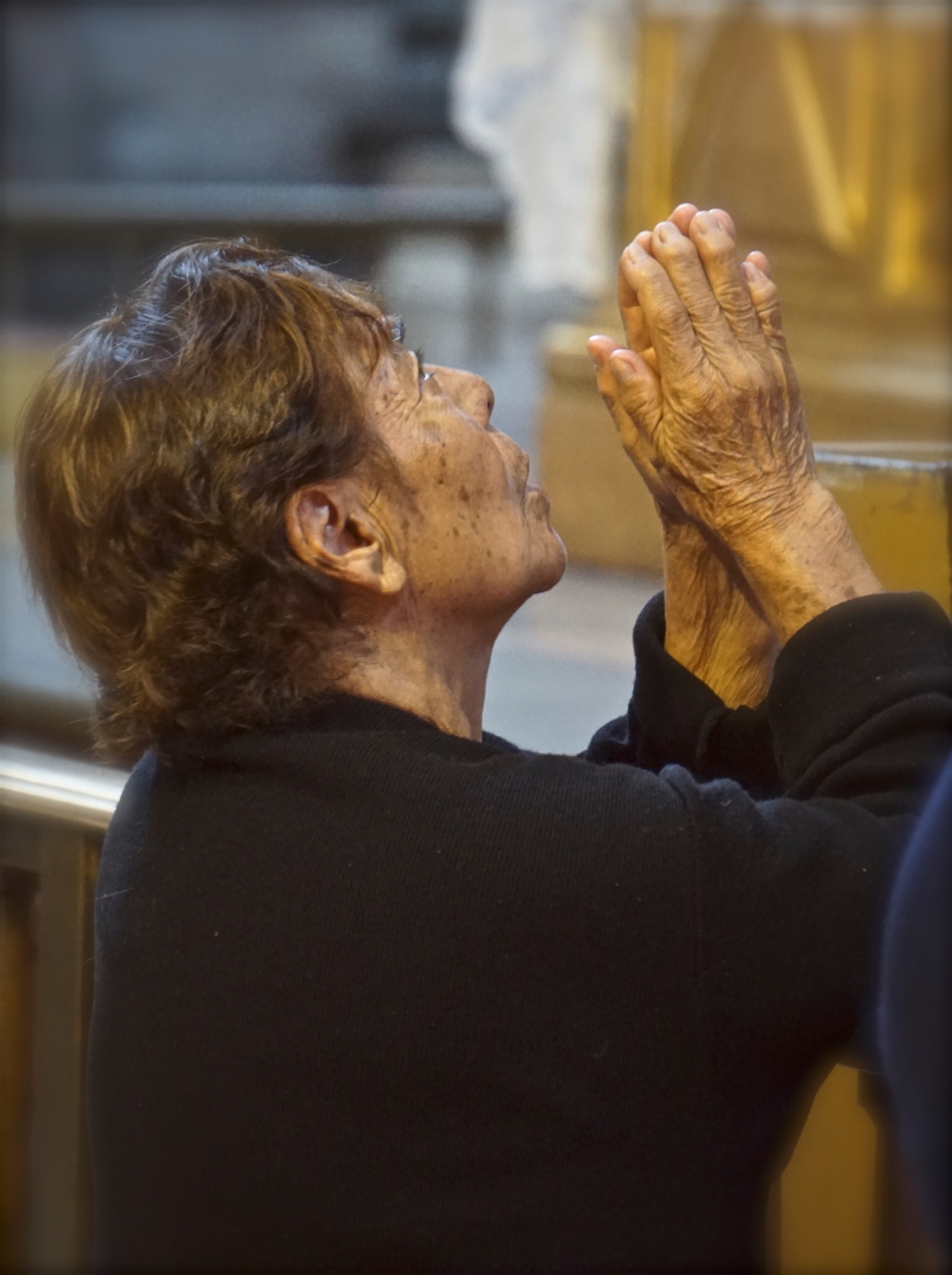 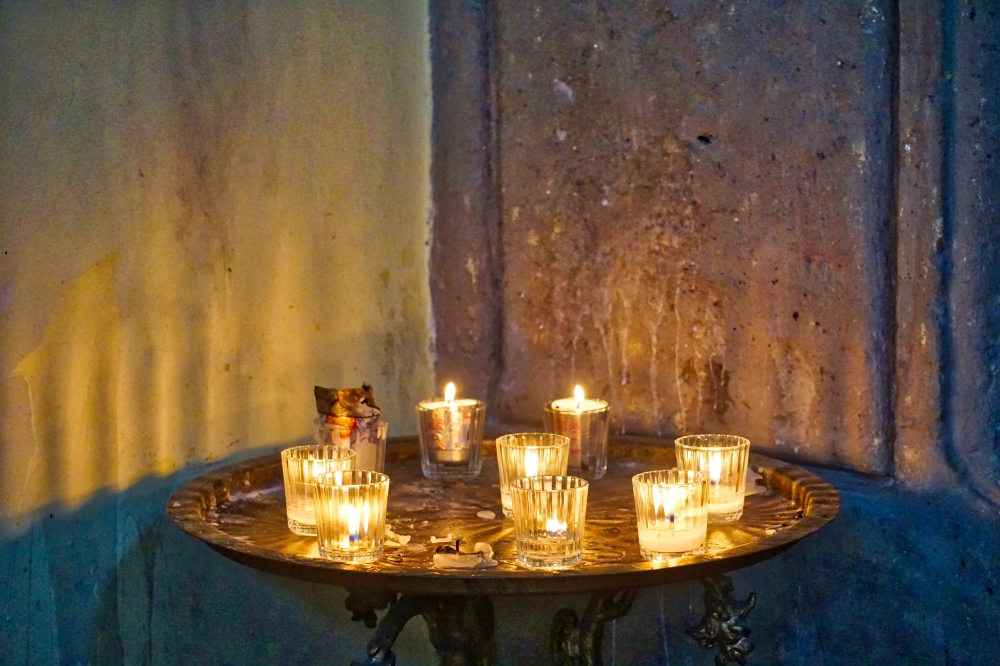 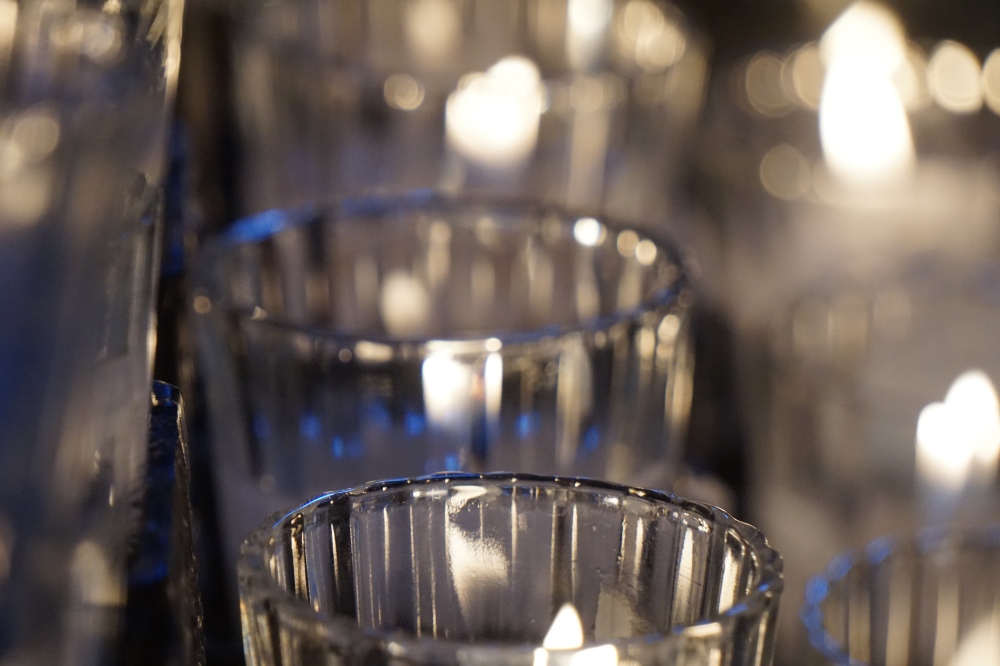 I had a small problem, I tried to change $50 at the hotel, but they are unable to change American money any more, they can change Euros and Canadian dollars, I think that’s very telling and it felt a little sinister, I’ve never had a problem before.  I changed some at a money changer  down the street because I wanted to go to Sanborns for Tortilla soup.

The Casa de los Azulejos or “House of Tiles” is an 18th-century palace in Mexico City built by the Count del Valle de Orizaba family. The building is distinguished by its facade, which is covered on three sides by blue and white tile of Puebla state. The palace remained in private hands until near the end of the 19th century. It changed hands several times before being bought by the Sanborns brothers who expanded their soda fountain/drugstore business into one of the best-recognized restaurant chains in Mexico. The house today serves as their flagship restaurant. 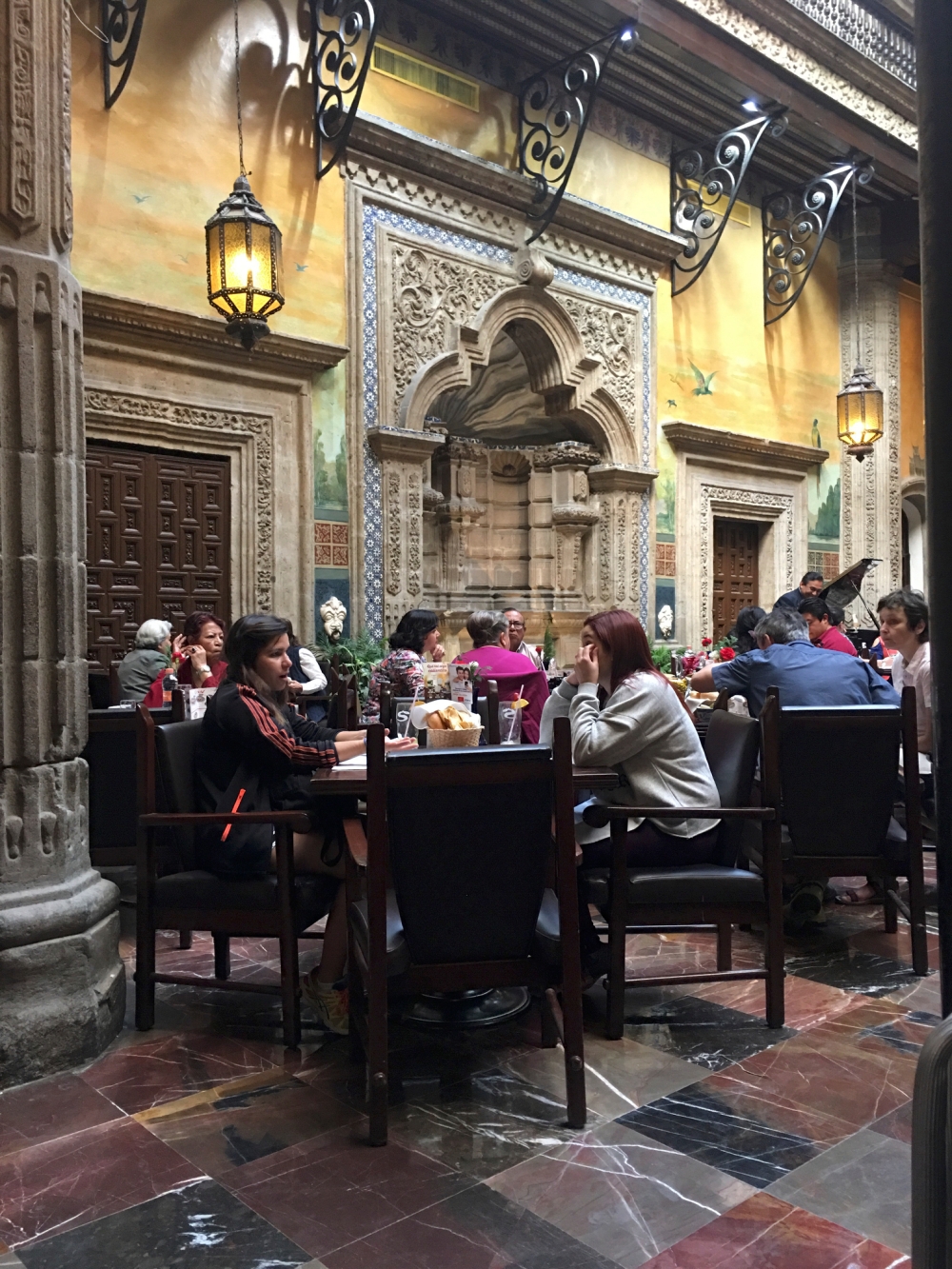 I had tortilla soup, diet coke  and ice cream for the princely sum of $5.45. I’ve been there many times and it’s a must for anyone visiting the city. 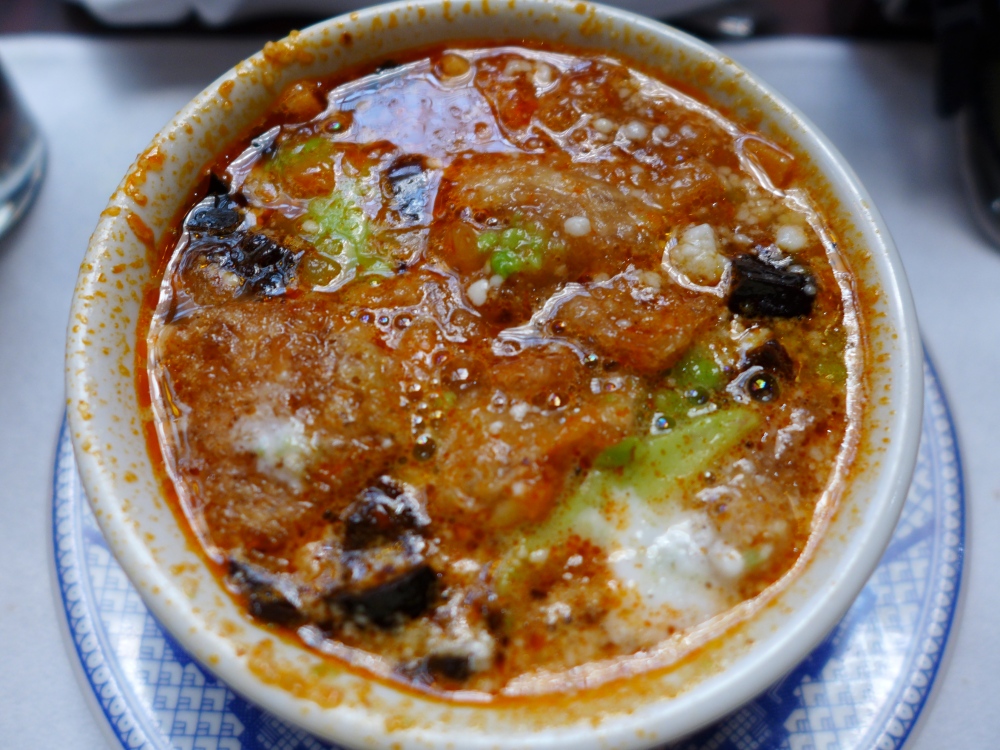 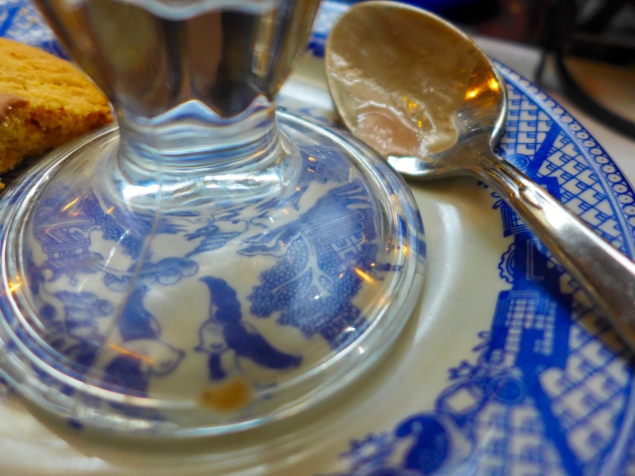 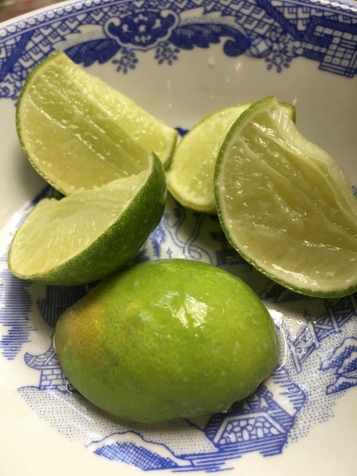 Then I had to push my way through the crowds back to the hotel, but I got in my 10,000 steps, the day was wonderful and I certainly relaxed before the coming busy week.