We live in relative safety and peace.

The majority  of people reading this blog have the security of a roof over their head, electricity, a degree of basic comfort and the freedom to move out of your immediate environment.  Many of you travel, maybe not quite as much as I do, but even if its in your own environment its rare that we encounter a confronting issue.

Right now the world is in a state of turmoil as families, women, men and small children  are  literally walking from one country to another in the grip of the early onset of winter to escape persecution or even death.  Its unprecedented in my limited knowledge of the world. We all need to be aware. We all need to open our wallets and help any way we can.

However, before I add the images I took a few days ago I  wanted to share a little about the situation that the women I photographed are in. I’m no a stranger to photographing poverty or even working with people in the slums areas of Bangkok.  As a photographer one is always looking for the unusual and telling the story in images. It’s a fine line between voyeurism and art. I approach these images by also sharing in words the story behind the photos and this poignant video from Zin Video which tells the story so graphically and much better than I could. 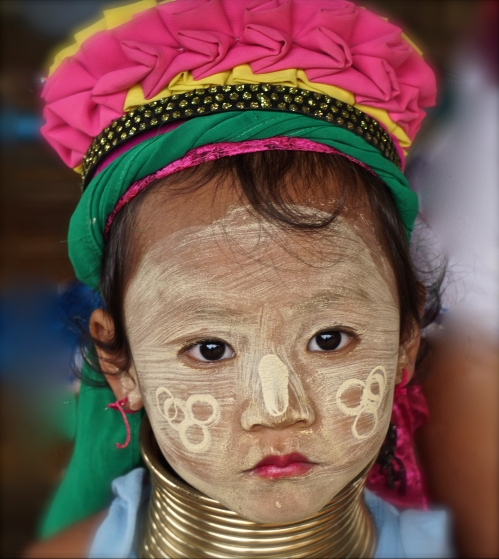 Women of the Kayan Lahwi tribe are well-known for wearing neck rings, brass coils that are placed around the neck, appearing to lengthen it. The women wearing these coils are known as “giraffe women” to tourists.

Girls first start to wear rings when they are around 5 years old. Over the years the coil is replaced by a longer one and more turns are added. The weight of the brass pushes the collar-bone down and compresses the rib cage. The neck itself is not lengthened; the appearance of a stretched neck is created by the deformation of the clavicle. Many ideas regarding why the coils are worn have been suggested, often formed by visiting anthropologists, who have hypothesized that the rings protected women from becoming slaves by making them less attractive to other tribes.  It has also been suggested that the coils give the women resemblance to a dragon, an important figure in Kayan folklore. Kayan women, when asked, acknowledge these ideas, and often say that their purpose for wearing the rings is cultural identity (one associated with beauty).

The coil, once on, is seldom removed, as the coiling and uncoiling is a lengthy procedure. It is usually only removed to be replaced by a new or longer coil. The muscles covered by the coil become weakened. Many women have removed the rings for medical examinations. Most women prefer to wear the rings once their clavicle has been lowered, as the area of the neck and collarbone often becomes bruised and discolored. Additionally, the collar feels like an integral part of the body after ten or more years of continuous wear. 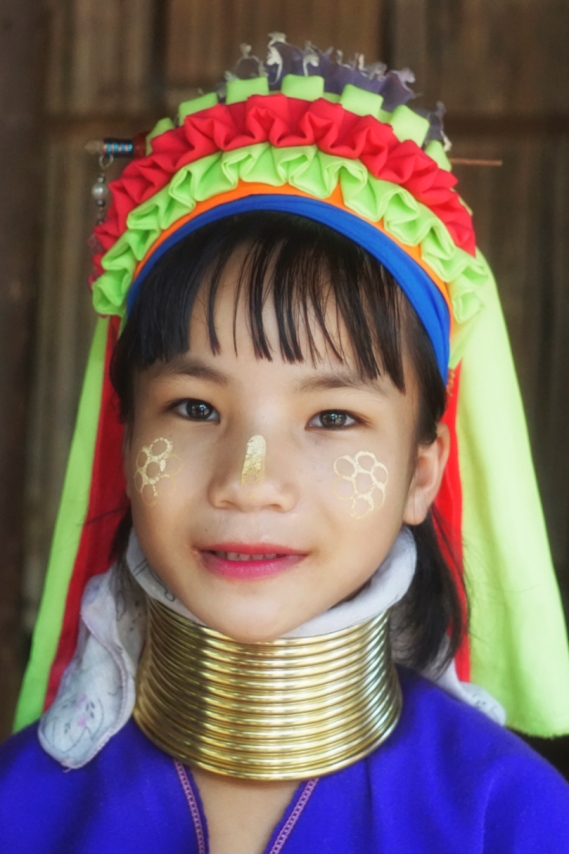 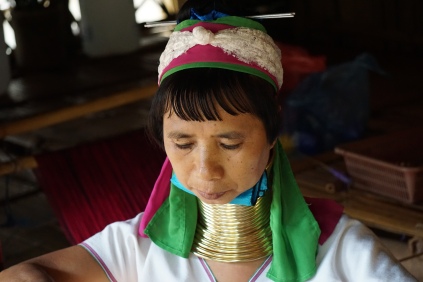 We have 3 adopted children from Thailand who are all adults now.  Thinking that it’s the norm to have Uncles and Aunts who were born in Thailand one of our Grand daughters, Tilly aged  9  sent us a message to bring her home a little sister from Thailand. She is the same age as this small girl who is weaving on a back strap loom to earn money to share with her family. 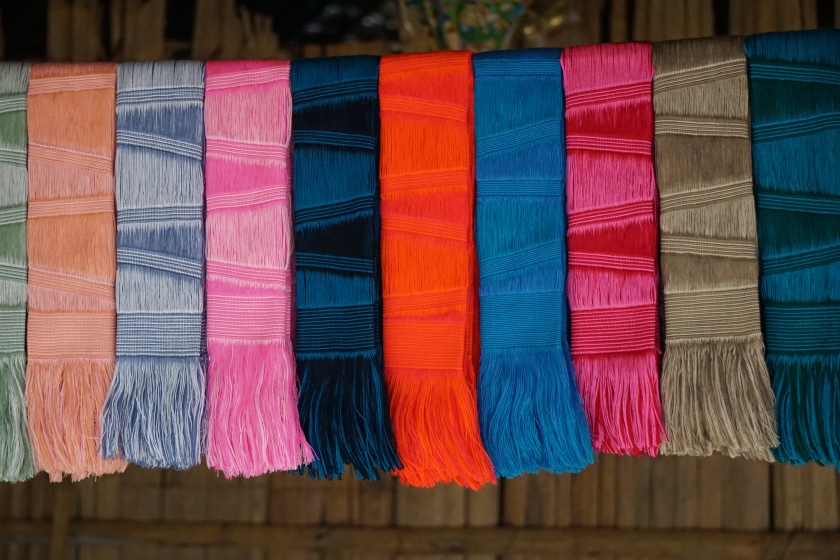 The scarves are not fancy, but of course we bought some. 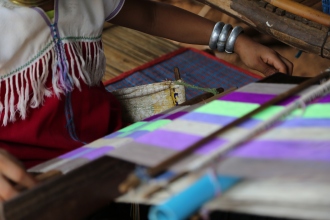 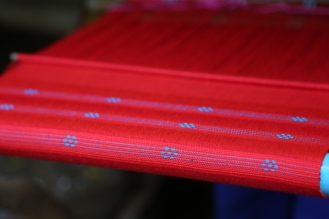 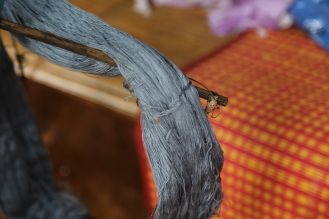 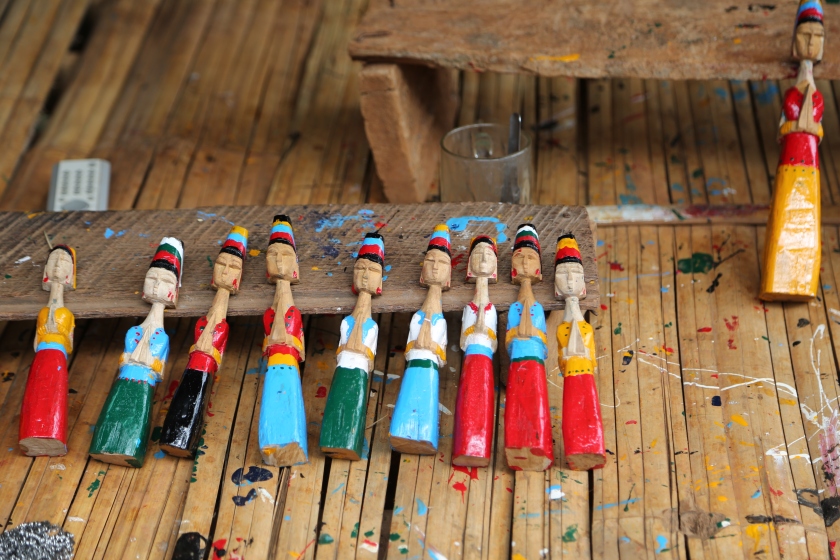