Skip to content
Toluca is an interesting city located just 45 minutes from the sprawling Metropolis of Mexico city. It’s a mountain community and I could see it clearly because of its painted mountain side houses when I flew over it on the way to LA.
It’s also home to Cosmovitral, one of the worlds highest, largest and most spectacular works of art.
Completed in 1910 as part of Mexico’c centennial celebration, the former City of Toluca Market is made up of 5,000 square meters of gardens featuring over 400 plant species. It’s housed in a huge building largely made of stained glass.
It’s also an amazing sound and light spectacle.
The stained glass  finished in 1990 by Leopoldo Flores Valdes, includes 28 different colors of glass and is considered one of the largest artworks in the world. In the glass, Flores Valdes sought to depict his interpretation of time, movement and the contradictory phenomena taking place in matter, from a cosmogonical perception.

You call it what you like, but the truth is, by any name it is a wonder to behold!

And not only is it pleasing to the eyes, but to the soul! Scattered throughout the gardens are a series of fountains that bubble and gurgle incessantly, creating a sense of peace and tranquillity. And the sunlight filtering through all that stained glass baths the interior with an eerie but subtle glow all to its own.

Cactus of every kind. 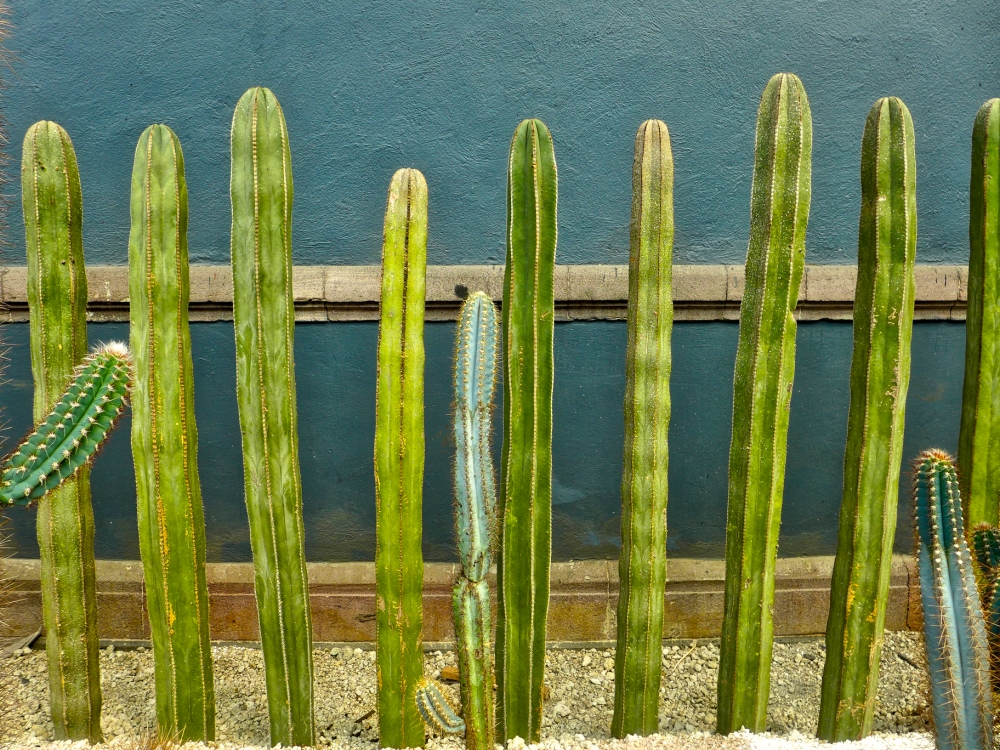 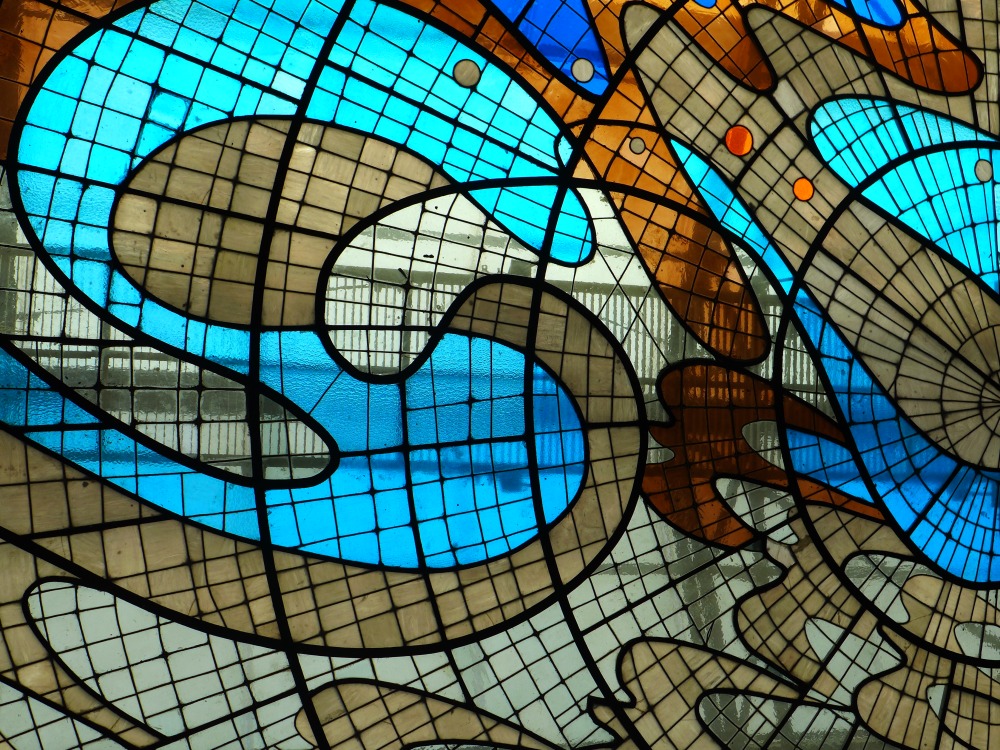 The young lady pictured below was celebrating Quinceañera (Spanish pronunciation: [kinseaˈɲeɾa]; feminine form of “fifteen-year-old”, also called fiesta de quince años, fiesta de quinceañera, quince años, quinceañero or simply quince, is a celebration of a girl’s fifteenth birthday with cultural roots in Latin America  but celebrated throughout the Americas. This birthday is celebrated differently from any other as it marks the transition from childhood  to young womanhood.  Latin myths and tradition tell about how girls were prepared for marriage by age fifteen or else they became nuns. In the years prior to their fifteenth birthdays, girls were taught to cook, weave, and about childbearing by the elder women in their communities in preparation for their expected lives as wives.The celebrations today vary significantly across countries; celebrations in some countries, for example, have taken on more religious overtones than in others.

Her Father stood quietly by holding her flowers. 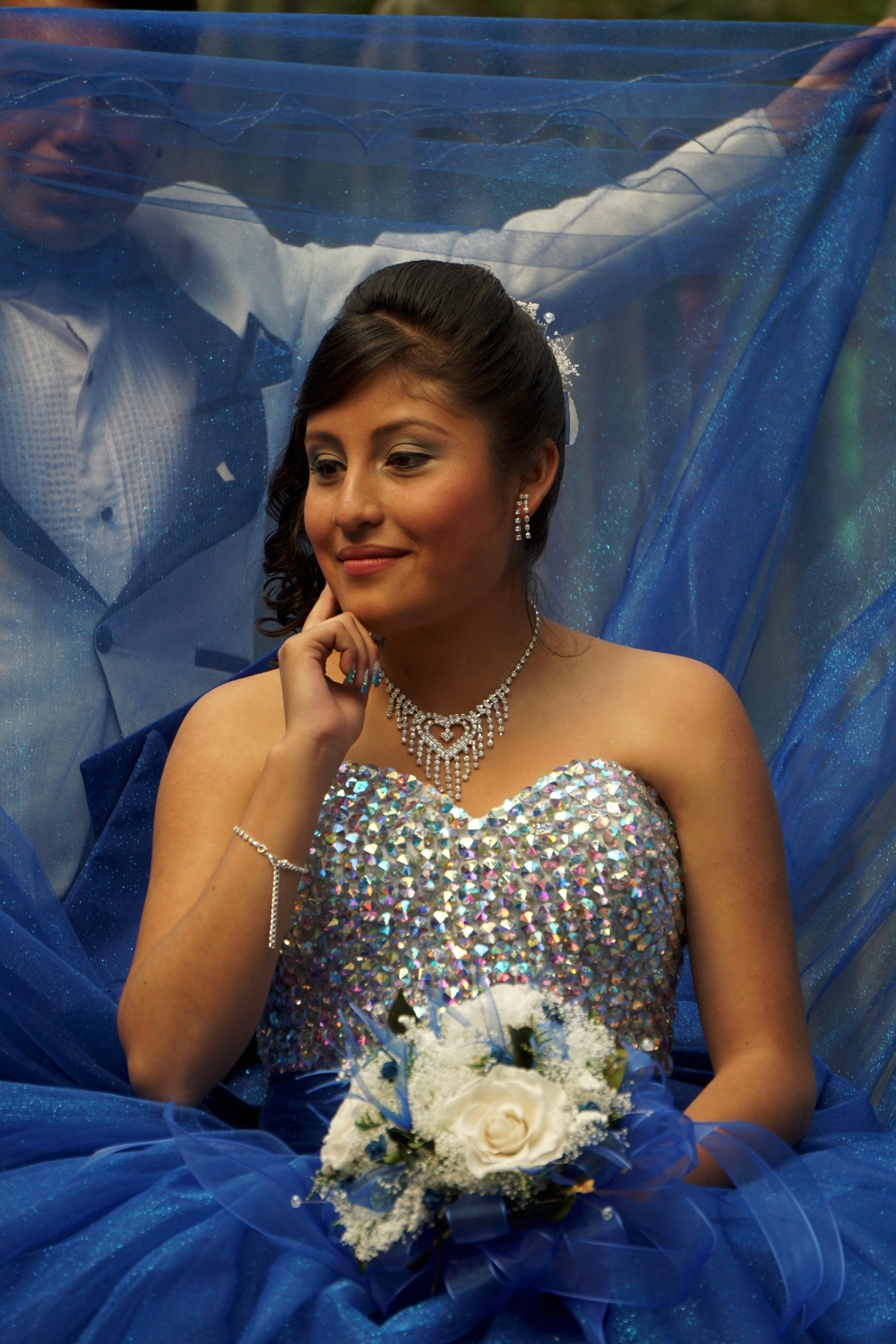 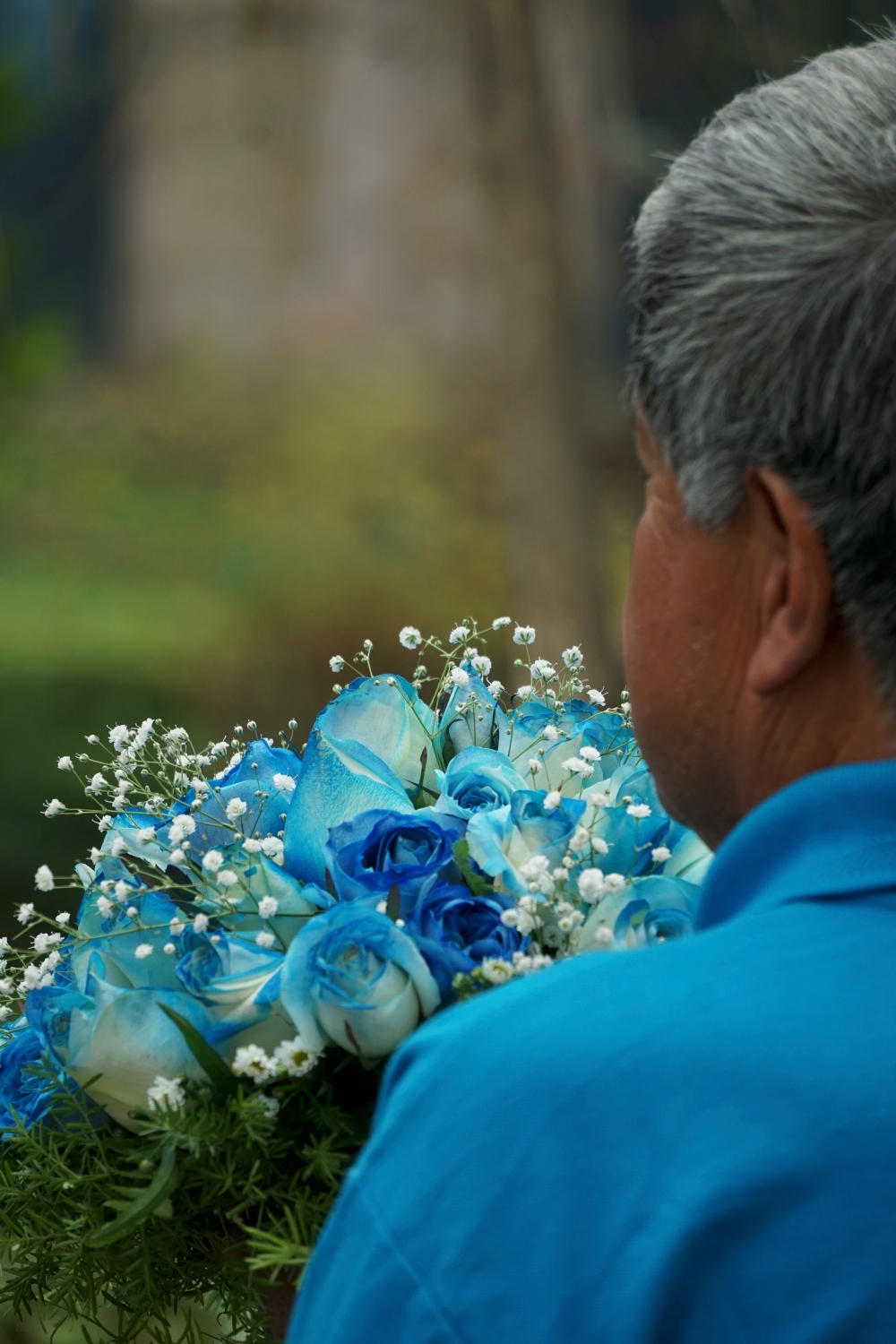 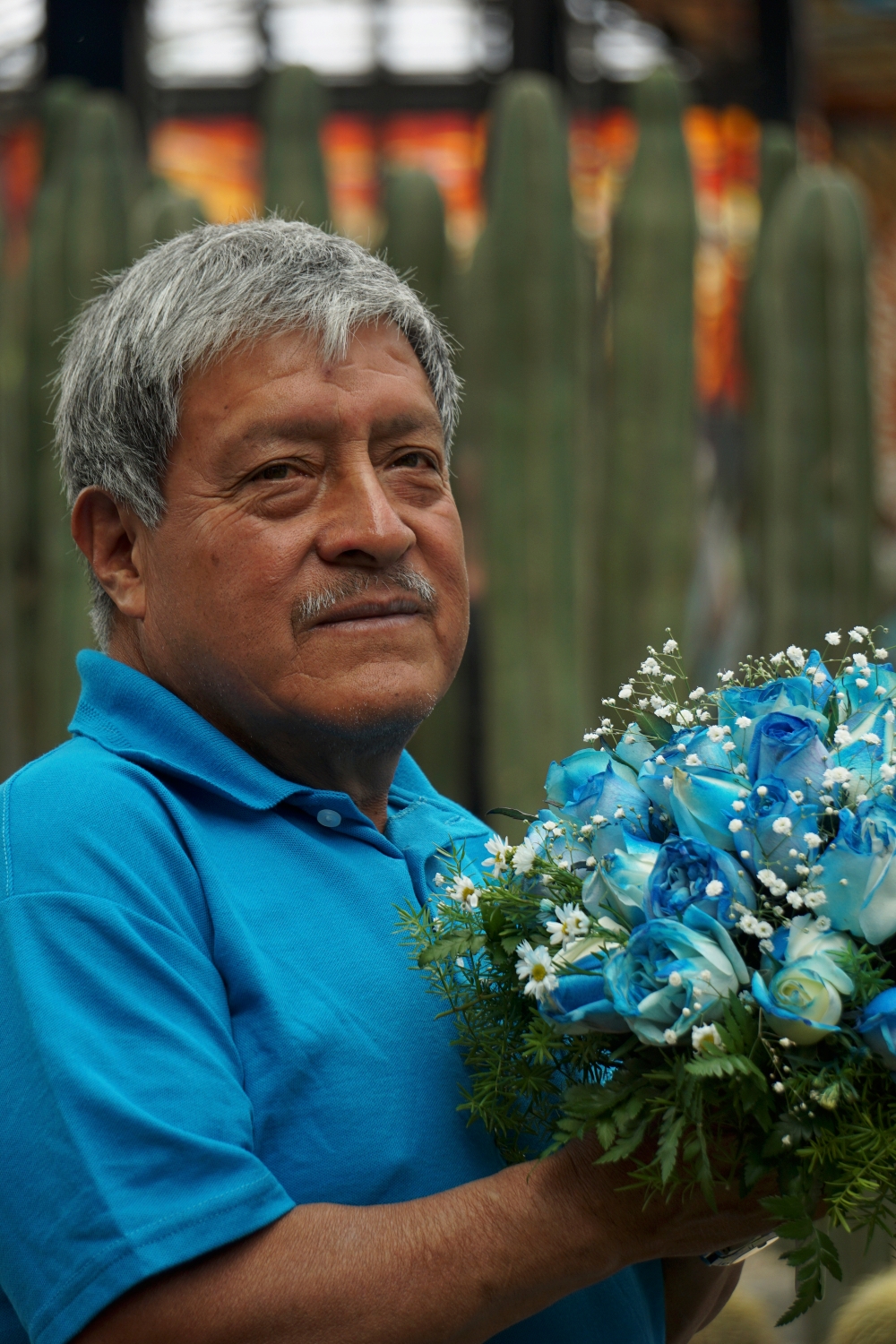 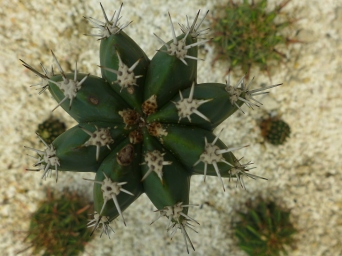 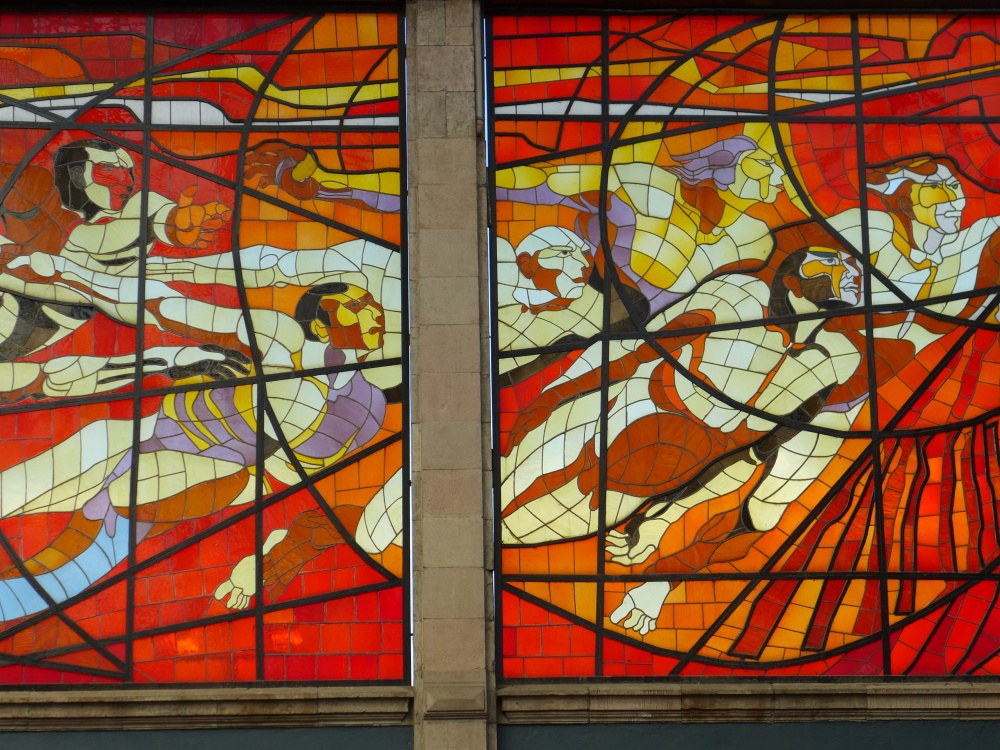 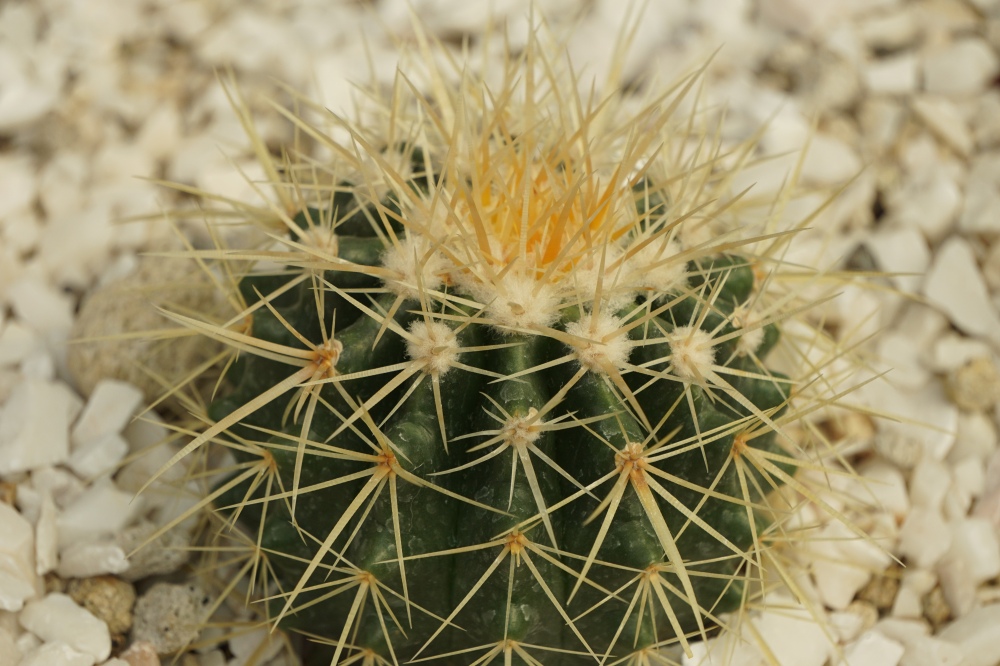 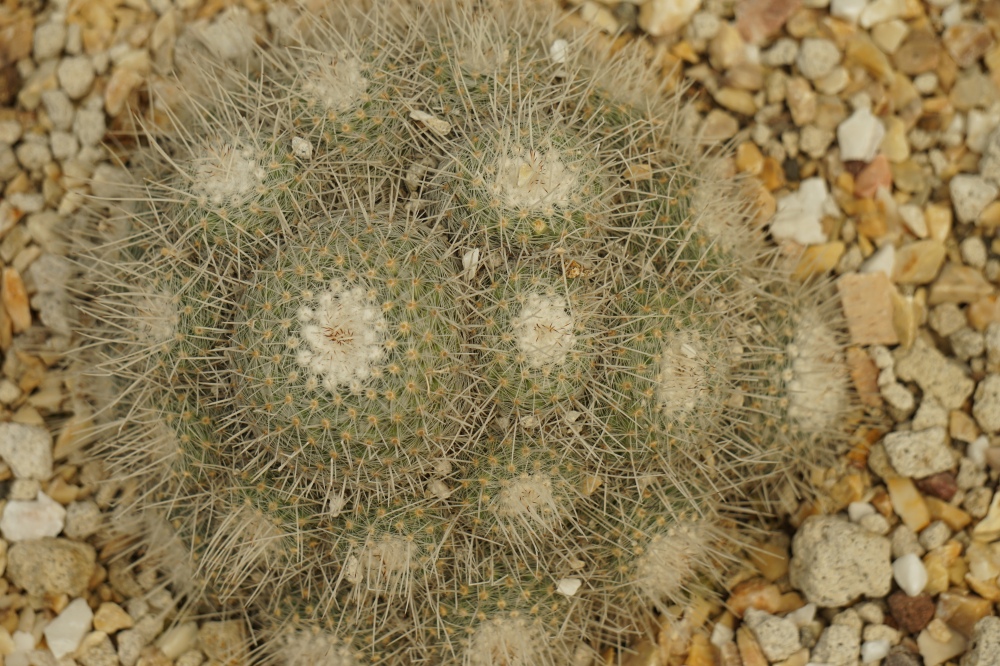 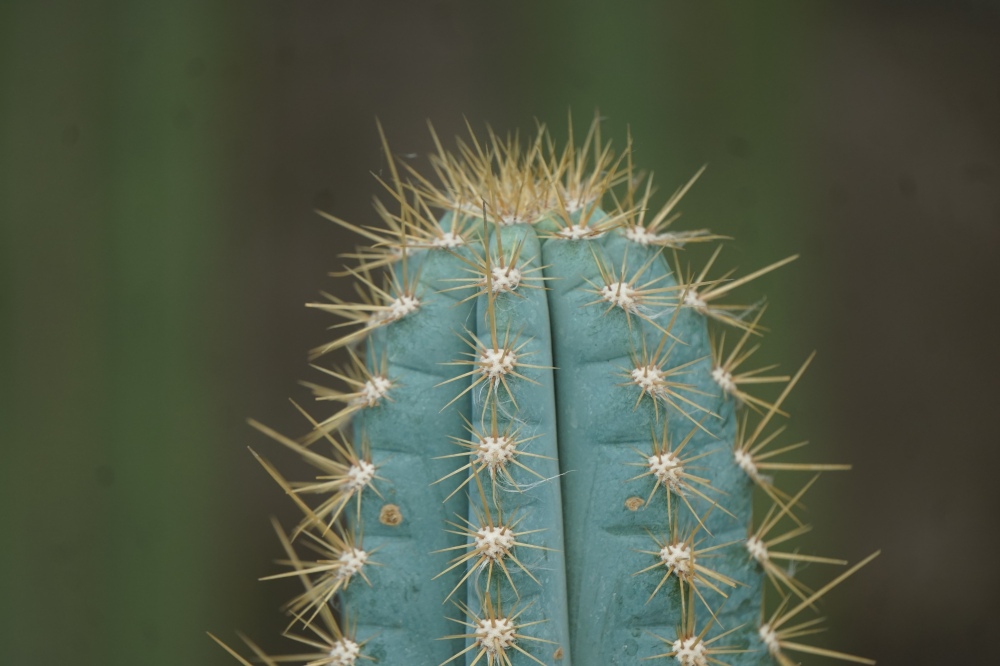 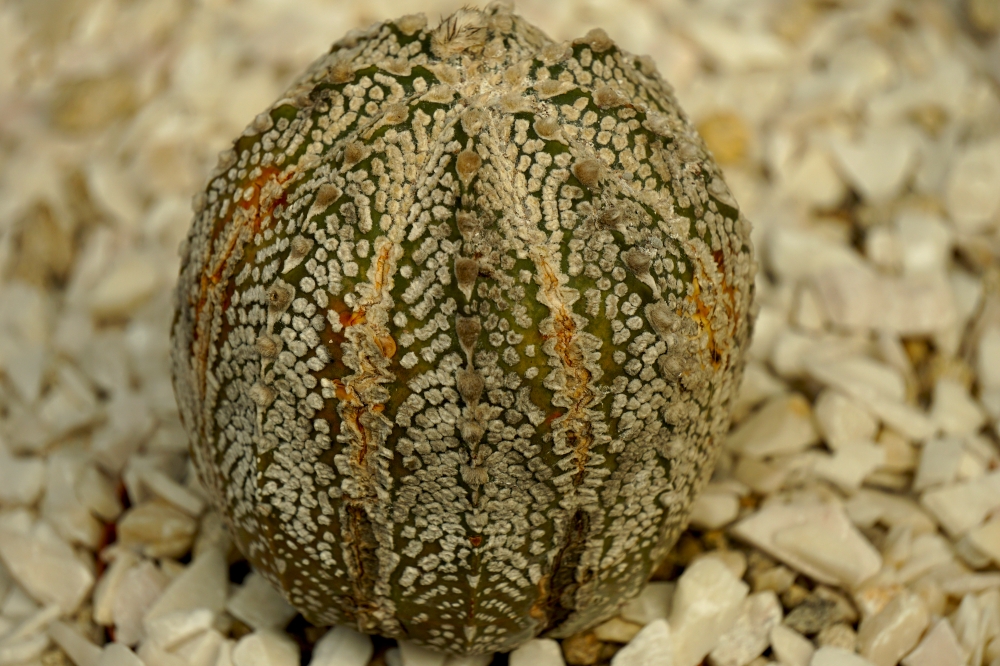 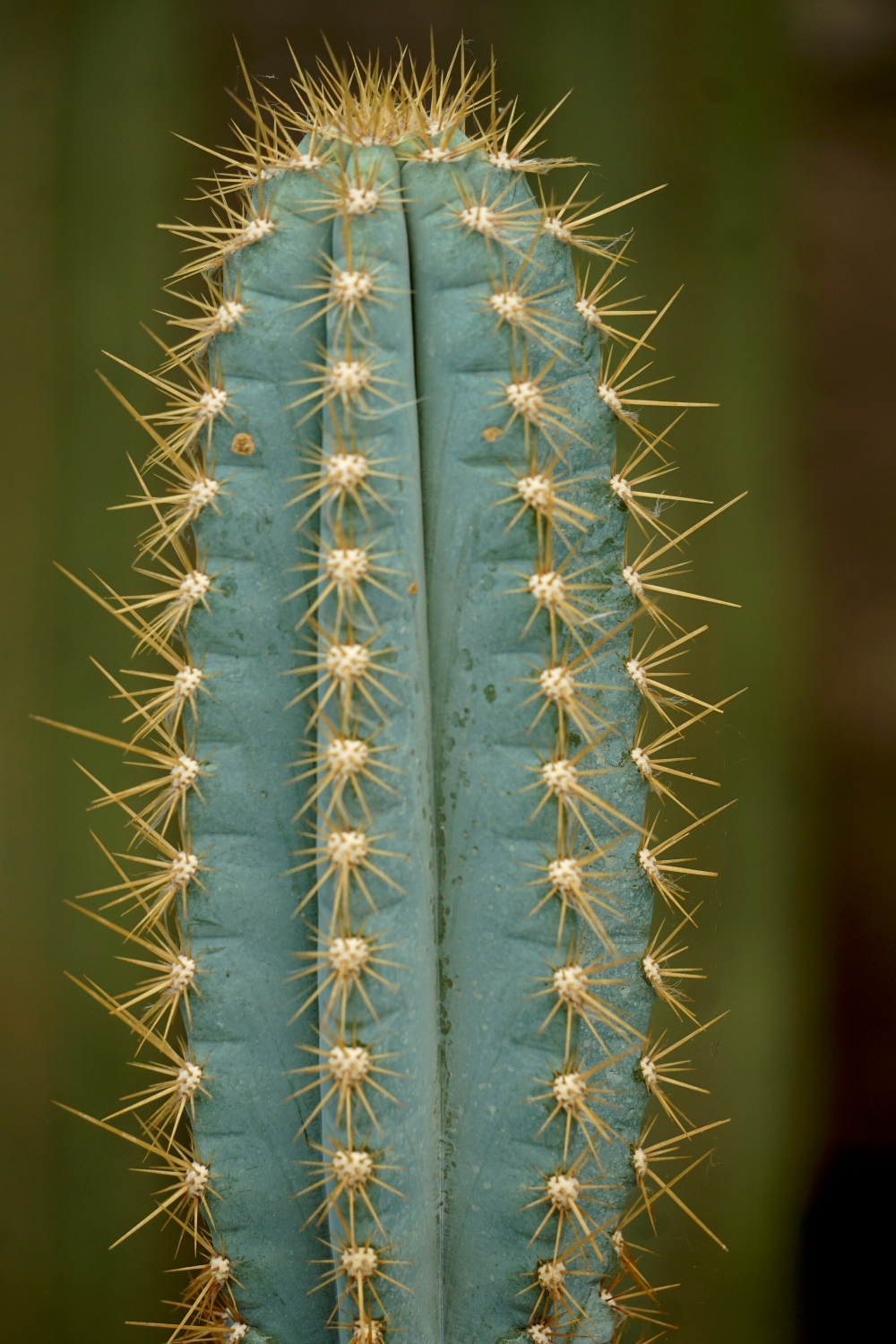 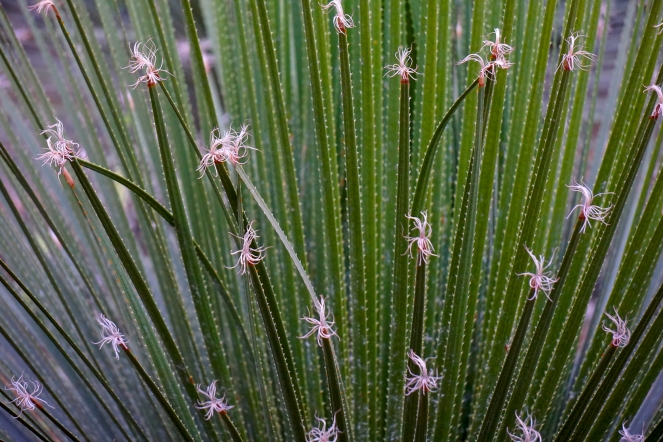 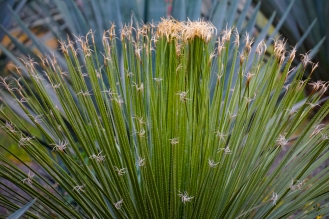 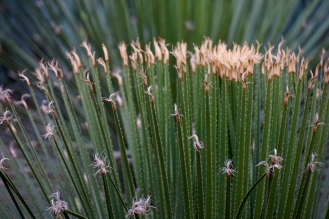 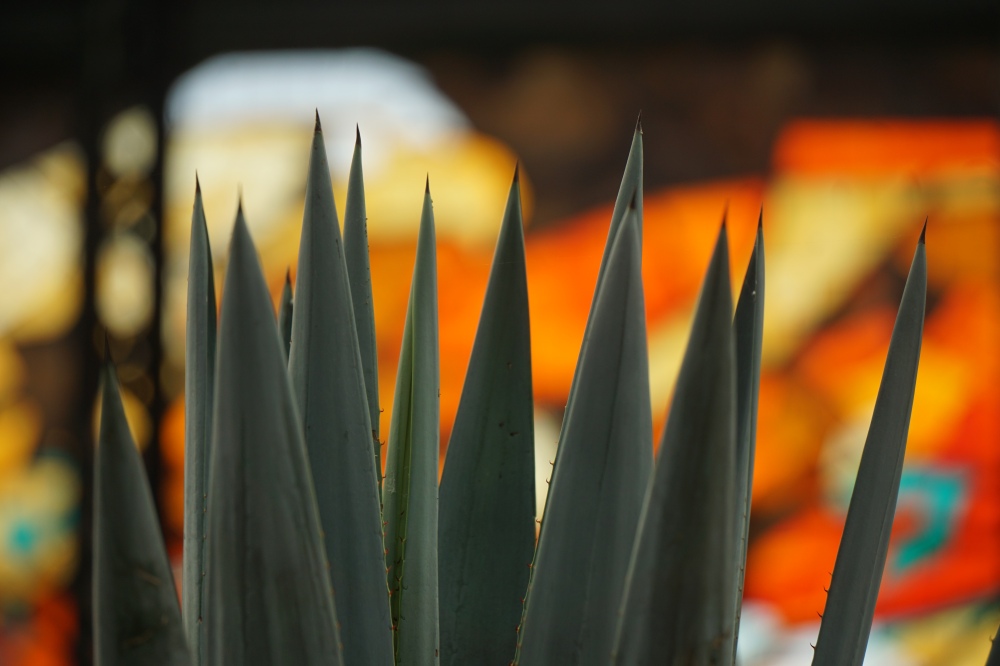 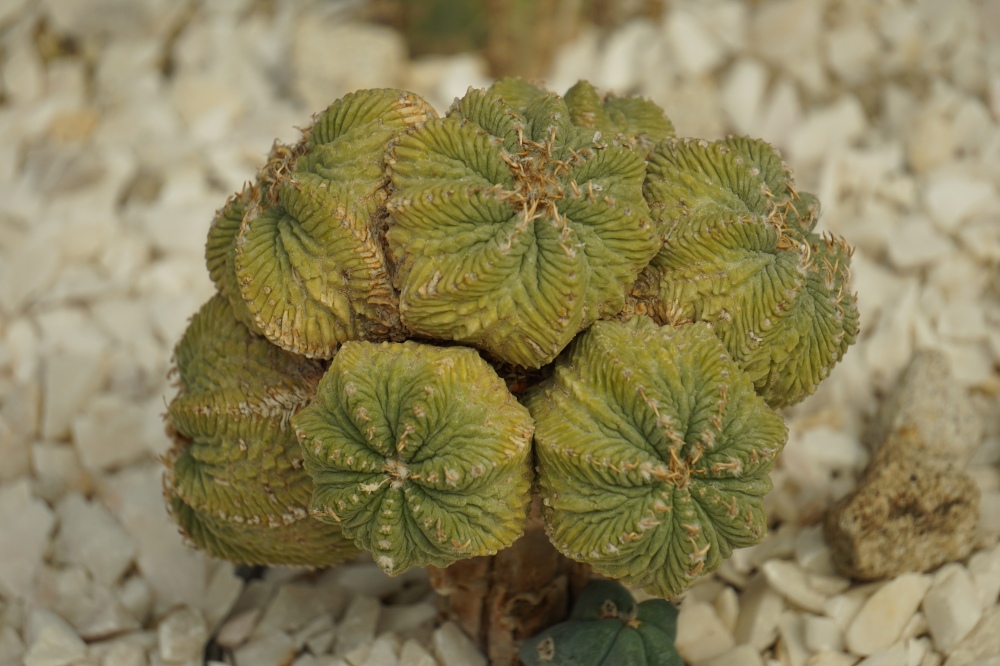 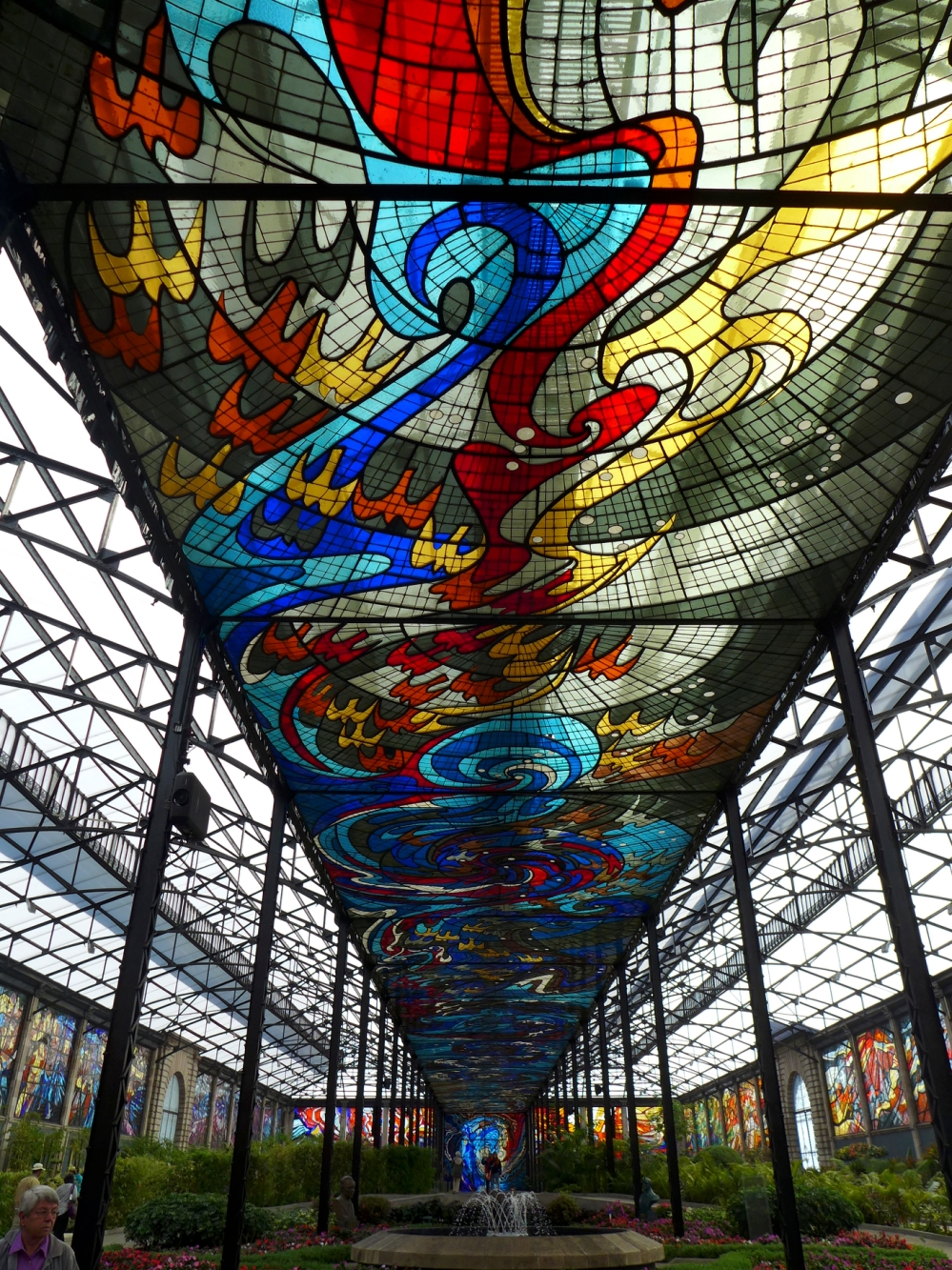 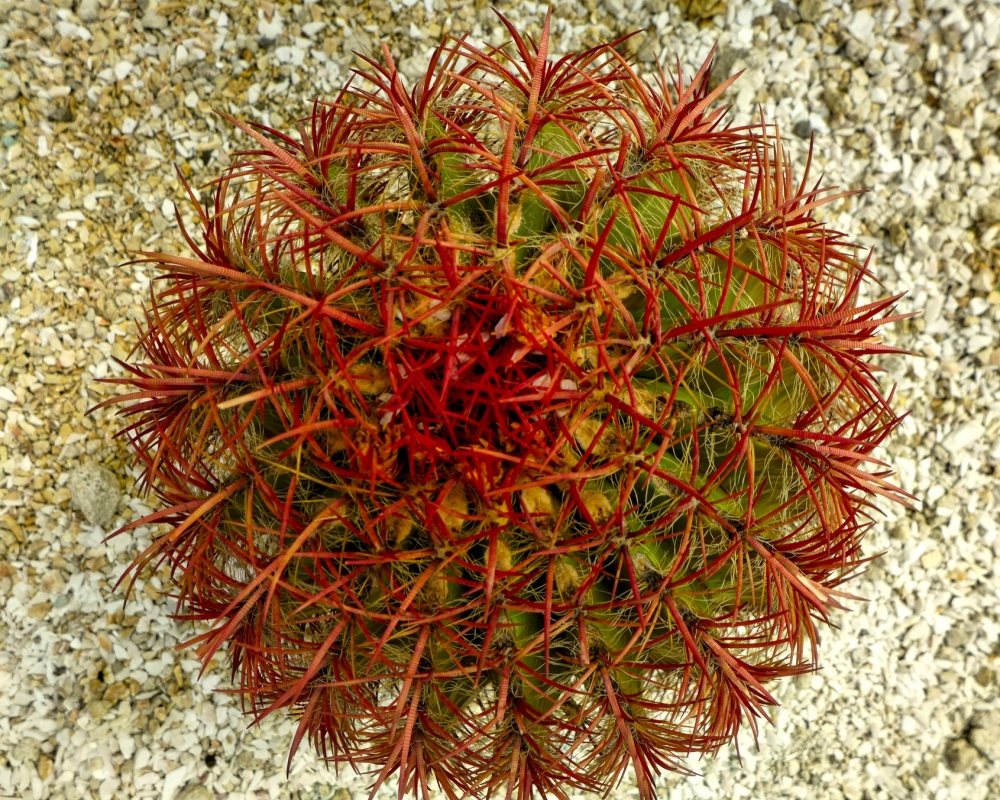