We only have a few days in Sydney, but the feet have hit the pavements with fervor.  On our first day we were aware that  there was a Taiwanese Festival on and so we made out way down to Darling harbor, just a short walk from out Hotel.

This image is a reflection of the flags on the bridge. I love the way the reflections carry multicolors into the water, they look like paint squeezed on blue fabric. 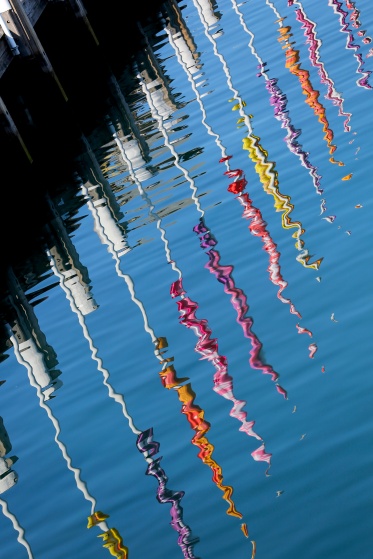 There was the most unique band rehearsing on the stage. Keith and I sat down in the chairs at the front of the stairs and were promptly told in no uncertain terms to move. “It’s OK, I said, I’ll only be here a short time”  I knew the official start was some hours away and me sitting on the chairs wasn’t going to put anyone out. 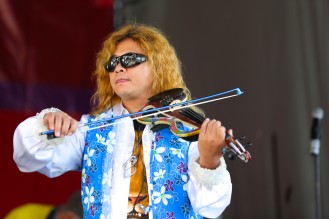 The guy with the violin had the most wonderful shoes on. 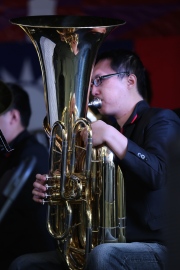 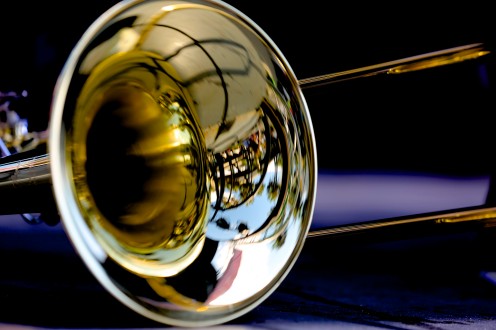 The next band was a little more sedate. They played rousing tunes to the beat of the band leaders  waving baton The audience were entranced and some jumped up from their seats and joined in the revelry. 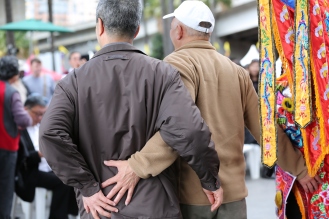 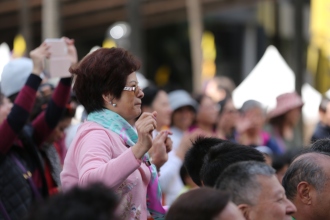 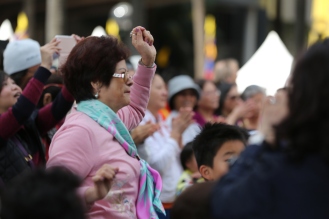 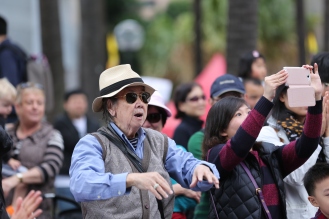 For some small people it was a little overwhelming. 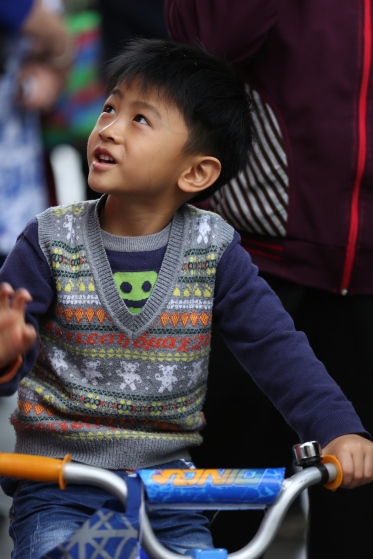 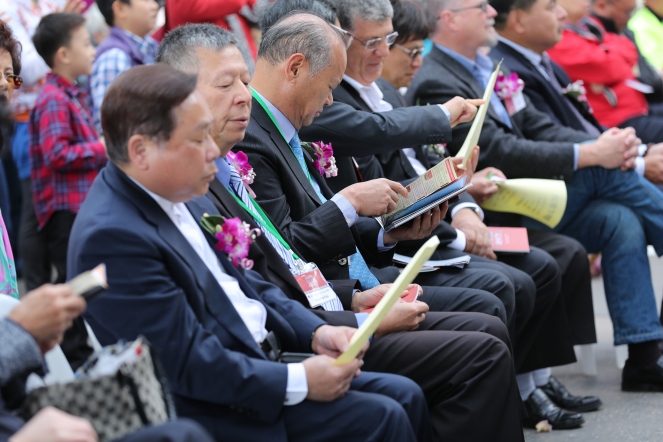 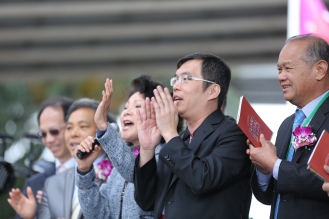 The official joined in with less enthusiasm but some of them made it to the stage and sang with passion, the cheerers became rather excited at the event.

Then came the dancers who swirled their way across the stage, their costumes fitting their movements and the facial decorations were wonderful. 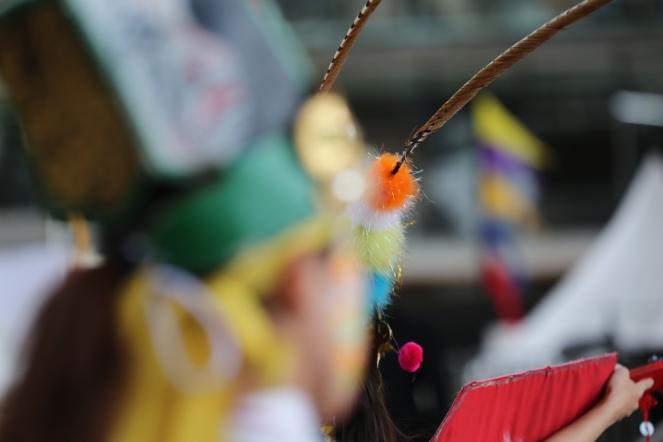 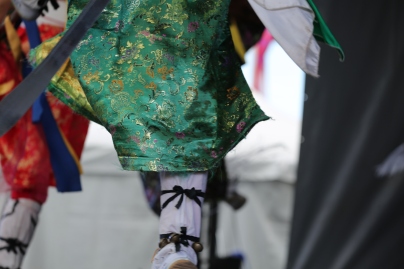 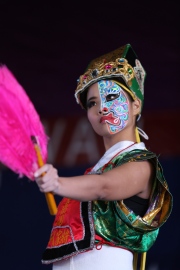 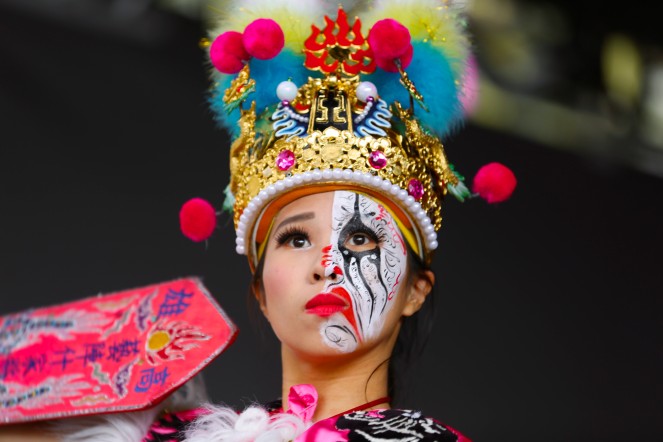 The beautiful costumed mythical figures danced and in turn stood for photographs. 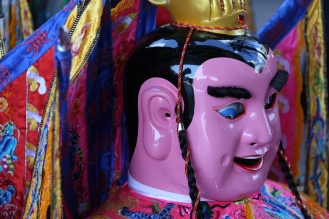 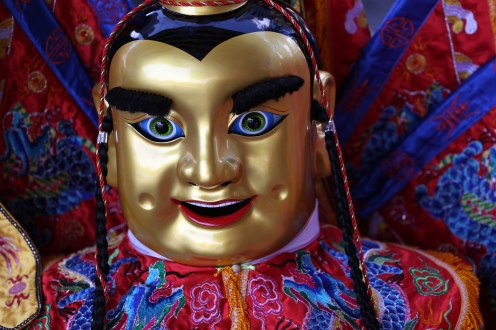 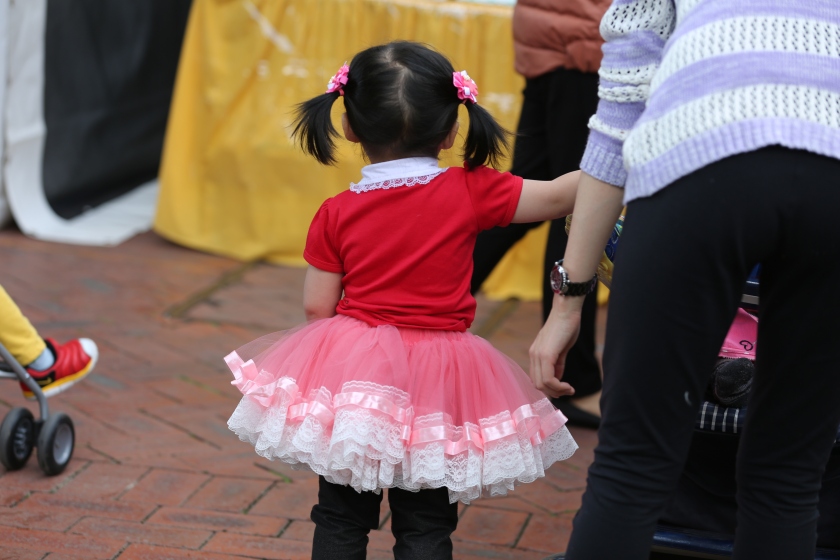 Other performers waited in the wings and the music played on. 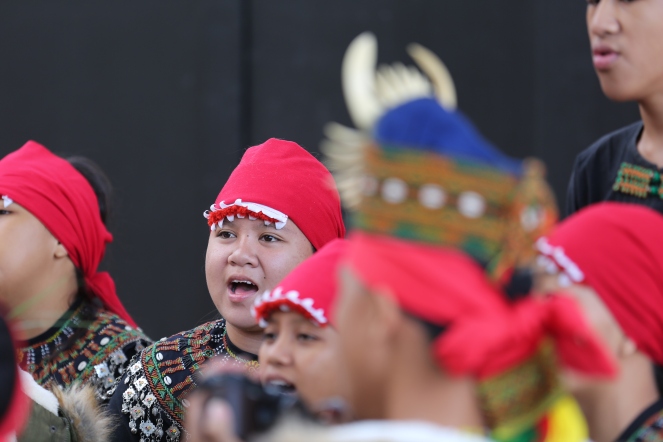 Keith organized the buying of food and it was quite delicious. I’m not too sure what we ate, but it was part of the process of the day. Oh, I did leave a glutinous rice thing full of beans and something undecided. 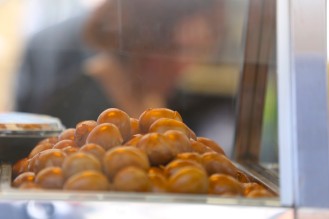 Then we made our way to the Chinese gardens just a few hundred meters further on.