The area is small, not quite 6 ft, by 6 ft and its dark with the exception of a small slit in the wall located  near the ceiling. There are a small patch of hides in the corner of the room and a cooking pot. Look up and its pitch black with no obvious area for the smoke to rise through. It was hot and stuffy and incredibly confining. But 8 people live in here and its one of the small mud huts in the Masai village we visited. 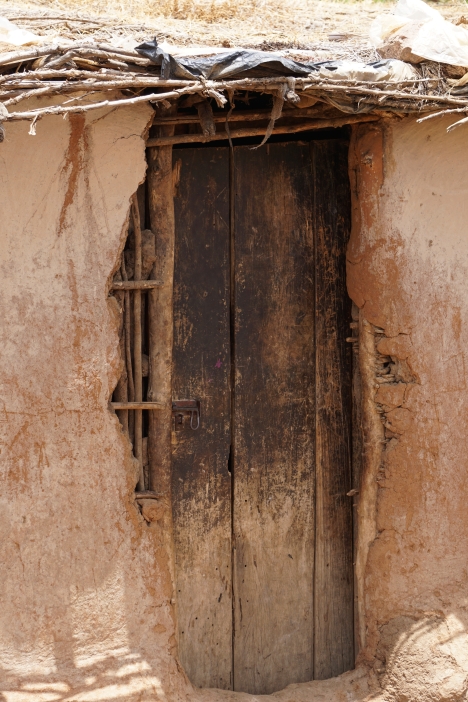 We  were completely out of our comfort zone as we  walked the narrow alleys between  the houses. Houses made of mud, sticks and cow dung. However, it was fascinating and one treads a fine line between being a tourist and being deeply interested in the culture. 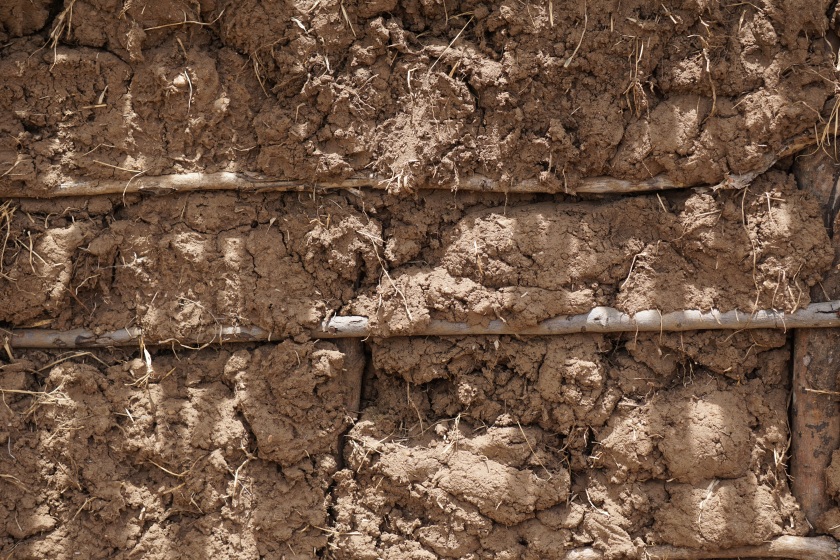 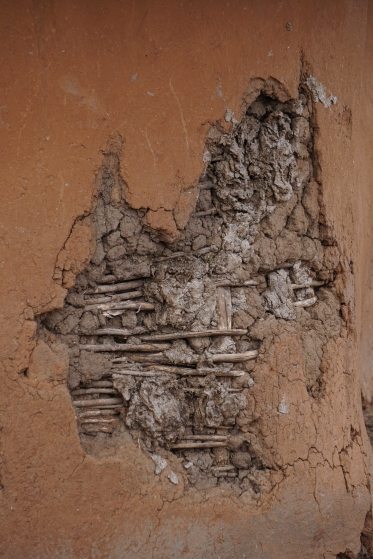 The children peered quietly from mud framed doorways and suddenly burst into smiles.

Before we entered the village we were greeted by young me clad in traditional attire and they danced a Masai warrior dance. They sang in deep guttural chants, jumping high into the air at intervals and bending low to leap forward and continue in rhythm. Maasai music traditionally consists of rhythms provided by a chorus of vocalists singing harmonies while a song leader, or olaranyani, sings the melody. The olaranyani is usually the singer who can best sing that song, although several individuals may lead a song 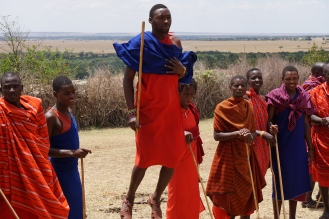 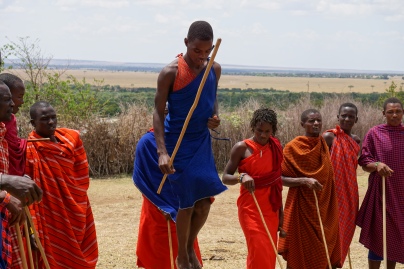 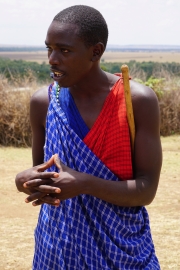 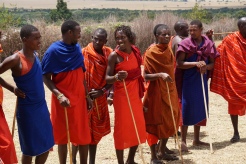 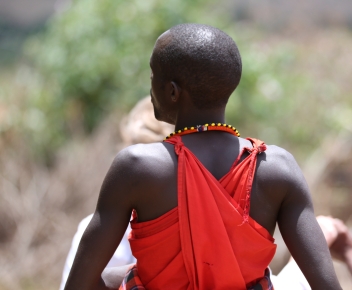 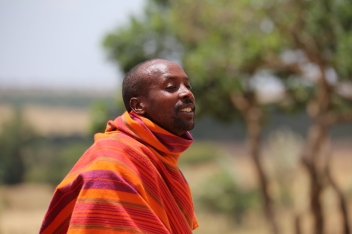 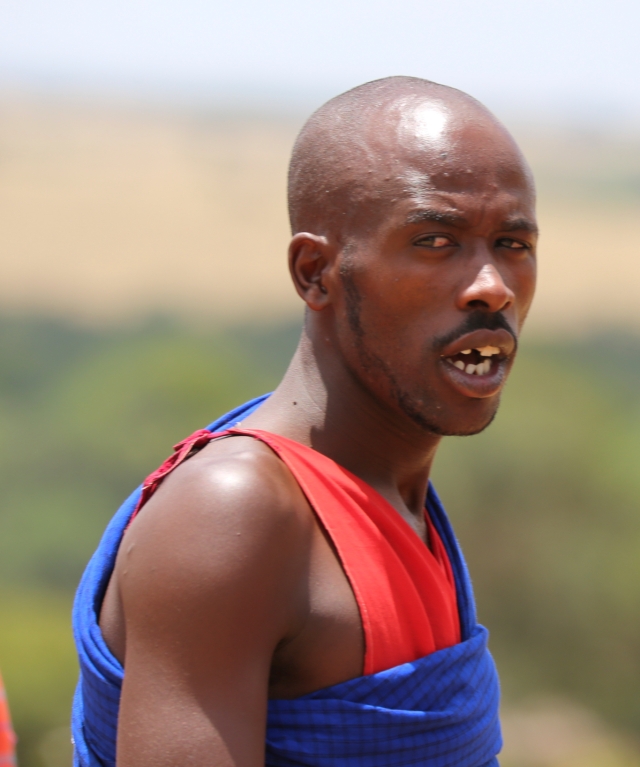 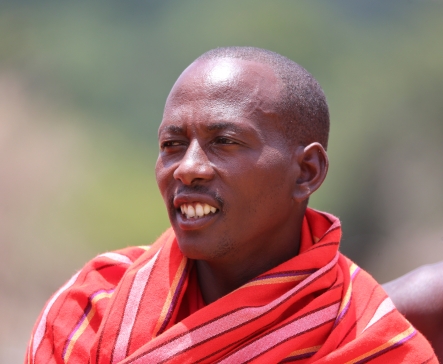 Some of the young men took photos of us with our cameras, I couldn’t let go of mine, but I did last year.

A young man eloquently explained a small capsule of how the tribe lives.

Most of the group were surprised when he explained that their diet was often a blood and milk. combination. All of the Maasai’s needs for food are met by their cattle. They eat the meat, drink the milk and on occasion, drink the blood. Bulls, oxen and lambs are slaughtered for meat on special occasions and for ceremonies. The Maasai’s entire way of life has historically depended on their cattle… more recently, with their cattle dwindling, the Maasai have grown dependent on food such as sorghum, rice, potatoes and cabbage (known to the Maasai as goat leaves)

The measure of a man’s wealth is in terms of cattle and children. A herd of 50 cattle is respectable, and the more children the better. A man who has plenty of one but not the other is considered to be poor. A Maasai religious belief relates that God gave them all the cattle on earth, leading to the belief that taking cattle from other tribes is a matter of taking back what is rightfully theirs, a practice that has become much less common. Goats were corralled in the village behind sticks and thorns and obviously very highly prized. 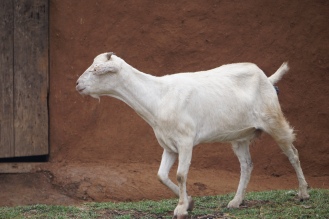 A living is also made by selling beaded necklaces and bracelets to the visitors of the village. We were told the money goes to the small school held in a nearby village. We were escorted by the young men to a makeshift store on the hill next to the village. Made of sticks and leaves it is situated in a circle with one opening, One felt like the cattle in a coral as we entered. I had saved buying until I arrived here in the Mara, simply because I thought my meagre offerings were part of their yearly income.

The women sang a gently chorus to us and then manned their stalls. The children sat in the shade under the stalls and played with stick in the dirt.

There was quite a variety of beaded product for sale, including the traditional beaded wedding necklaces of which I have two.The choice colours are red (the main colour of the Masai tribe, and a representation of the blood which they drink), green (like the grasses of the Mara and surrounding savannahs), blue (like the sky that brings the rain) and white (like the milk from the cow).

You walk the perimeter and choose your goods and then there is a bartering system in the centre of the coral, the goods placed on the ground and displayed for all to see. 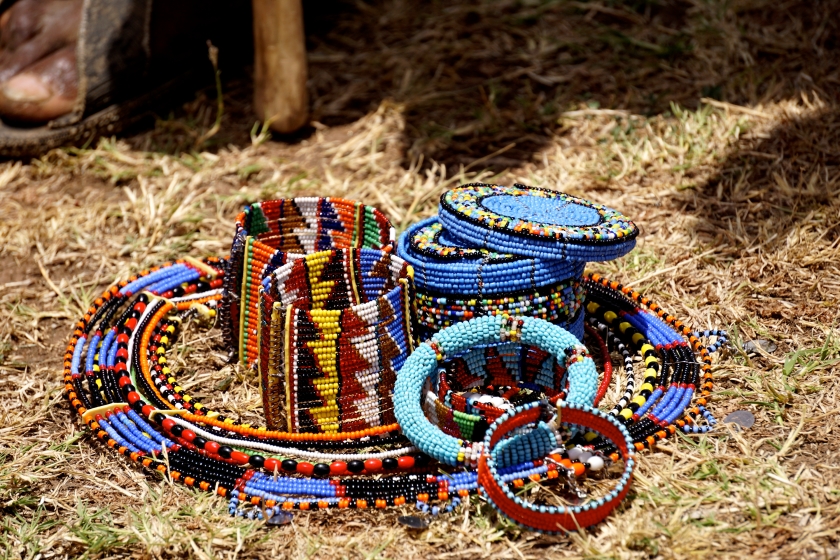 This was my stash, sure I could buy it much cheaper in a store, but my hope was that I was purchasing for a noble cause.

A young man who followed us around the coral  drew two lines with a stick in the dirt and wrote his proposal price at the top. Keith offered his  own figure  and they  continued this until they agreed on a price for the  items. We shook hands and made the exchange. 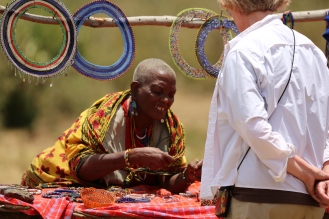 It was the children who captured my heart, I think the photos speak for themselves. 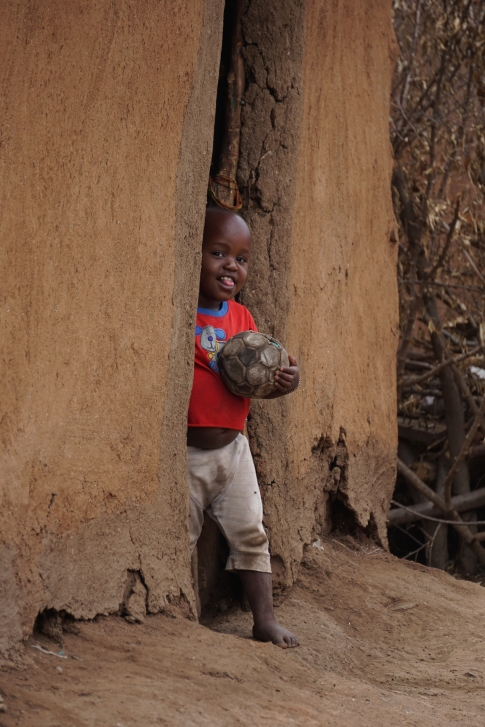 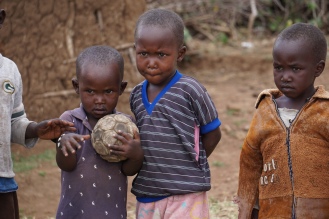 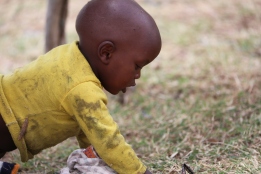 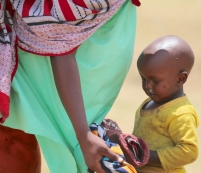 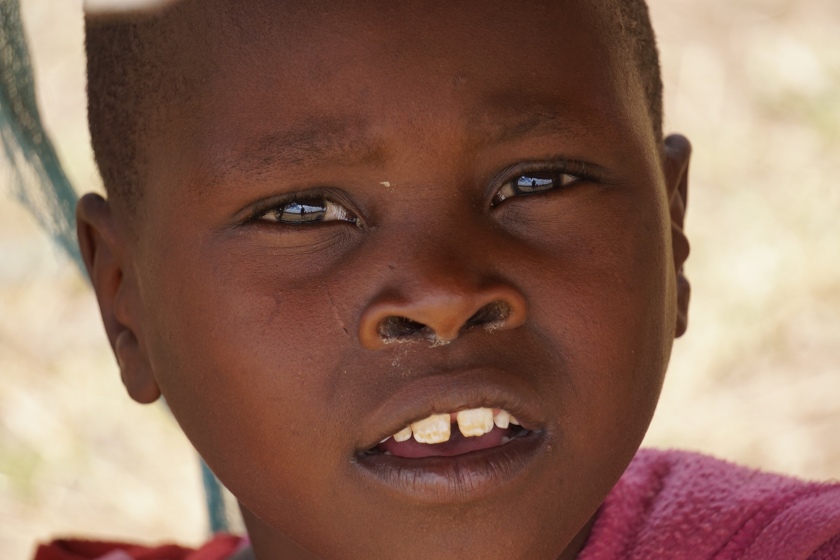 The older ladies were wonderful too. 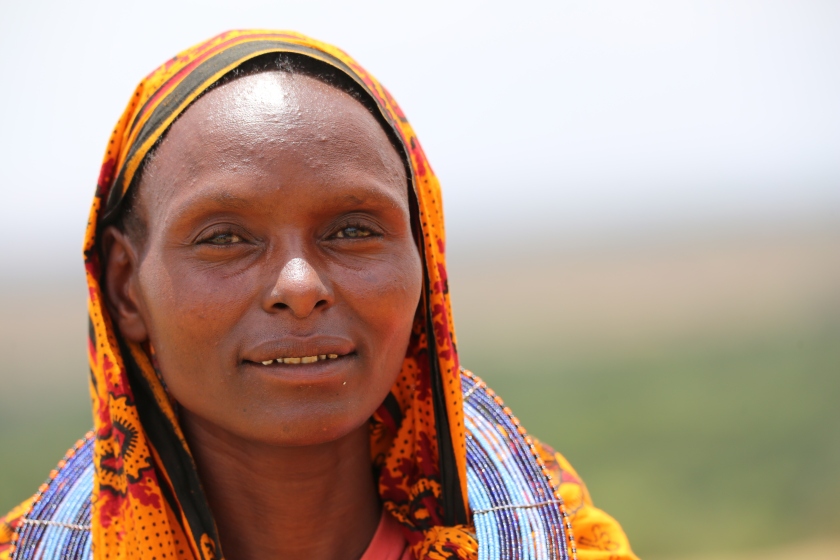 It was a poignant experience, one I was glad to share with friends. I appreciate that the  Masai stick to their traditions, wear their beautiful  garments and graze their herds to support themselves, and it was wonderful to be allowed to experience just a small amount of this with them, if only for a short time.