Waiters and waitresses and bartenders balancing a tray of beverages run a designated course along the streets of La Antigua.

I thought this was an event not to be missed so I was up early and down in the main square at around 8.00 am. I placed myself on the corner  not knowing just what direction the participants were going to run.

Behind me, the paper lady received her breakfast of hot milk, tortillas and sauces. She smiled at me when I asked her if it was good and gave me the thumbs up. The milk was served from a hidden container in a basket shrouded in towels and held in a hand-made raffia bag. The milk was steaming as it was poured into the cup. 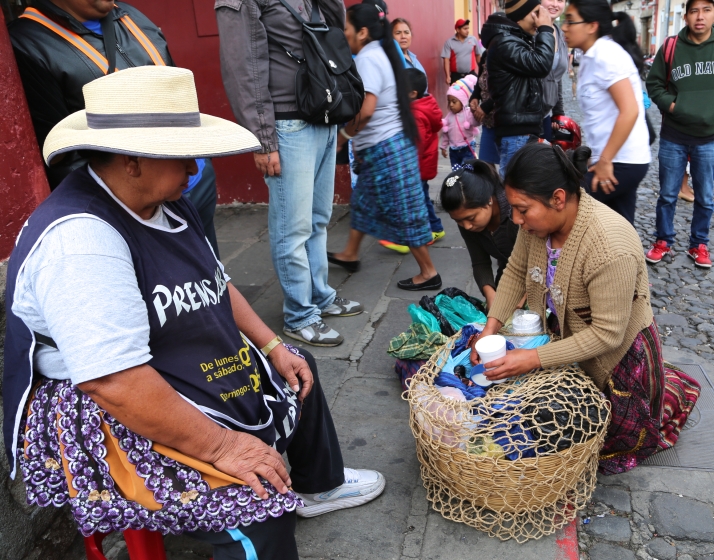 I had a great conversation with some delightful people from Canada also interested in the event. 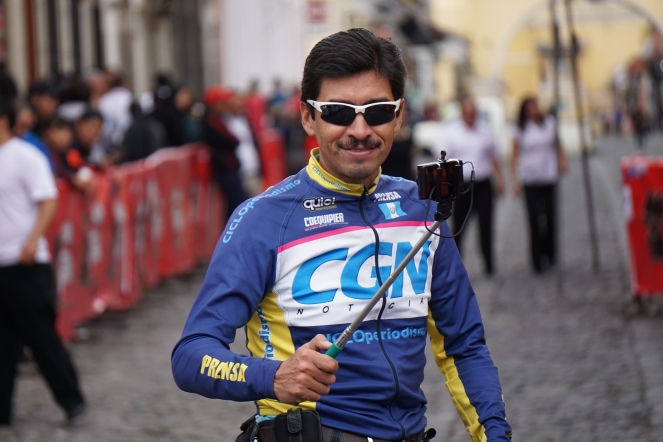 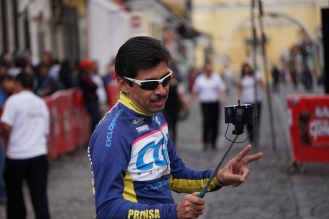 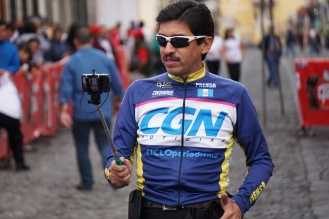 A young man took over the road. Talking animatedly into his phone on a selfie stick, he was going to report the event his own way. In the mean time a drone buzzed overhead and all eyes turned to the sky. 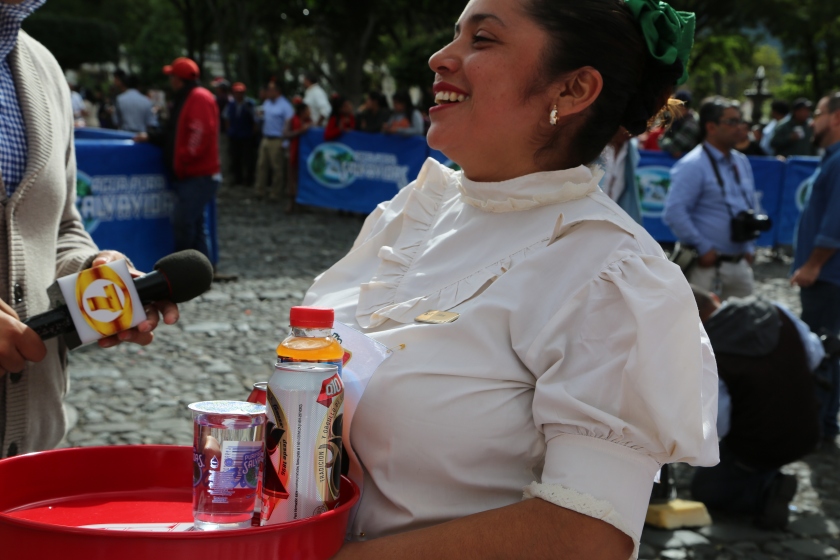 There were official photographers, the local media and  a brass band, and  suddenly the lead  cars with sirens blaring rolled down the road followed by the first lady waitress with her tray of bottles and cans. 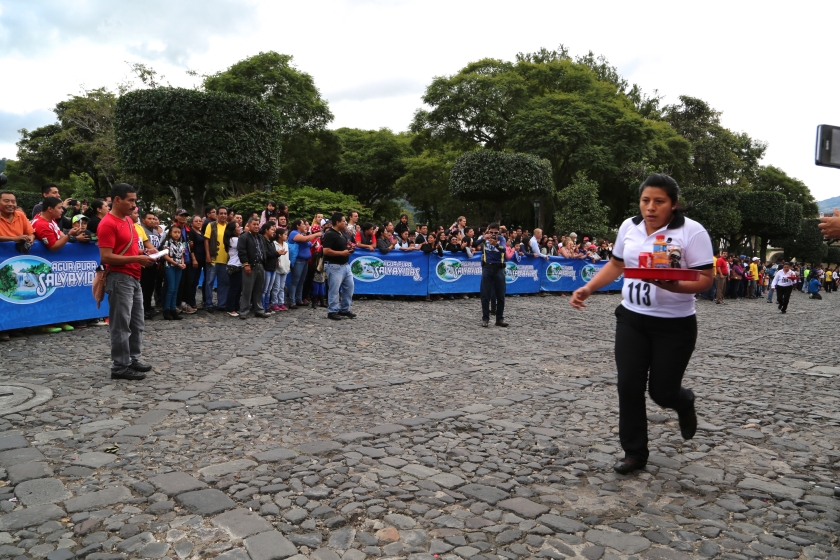 Try running on the cobblestones, its hard enough to walk on them let alone run with a tray of beverages in your hand. 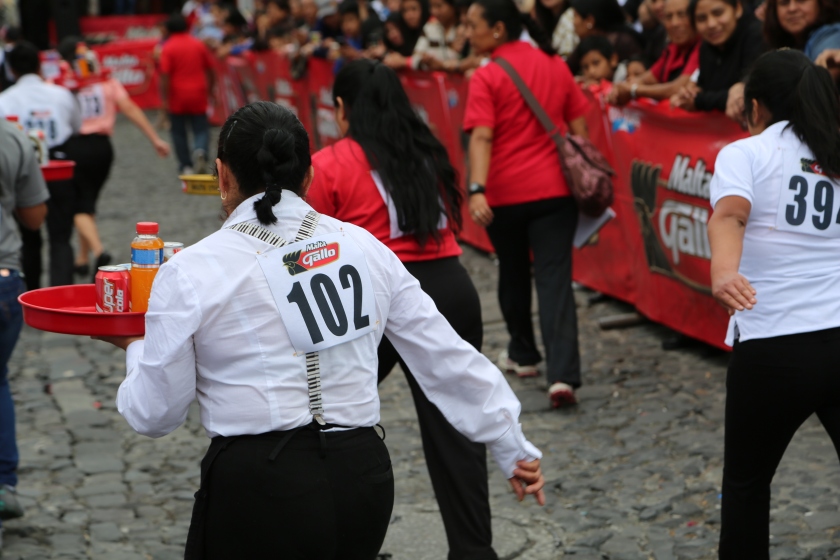 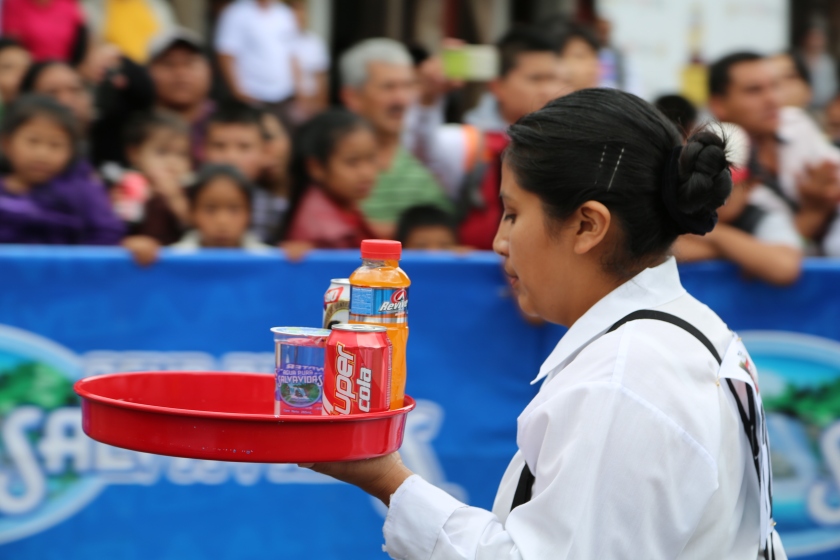 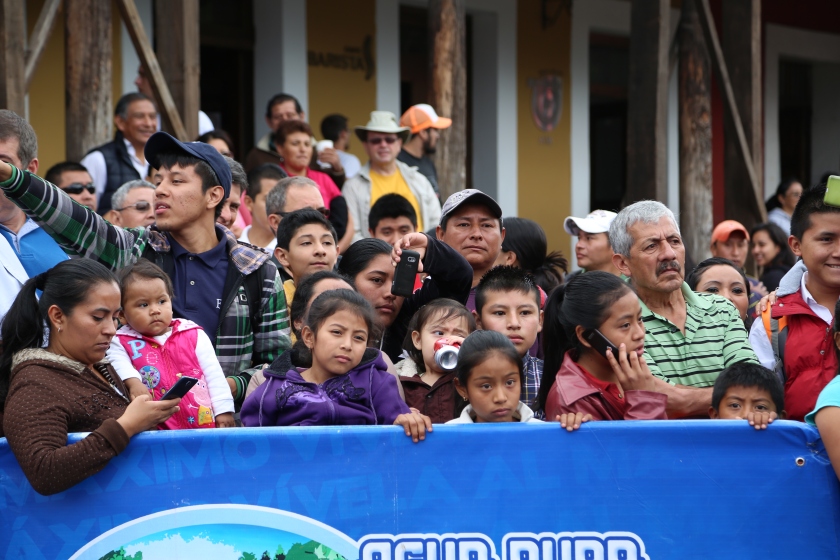 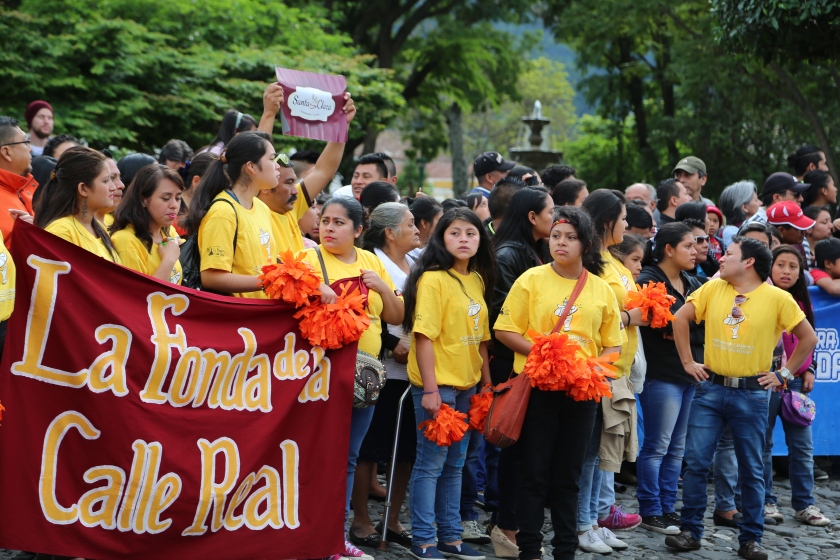 It was a real spectacle. Each time a winner ran over the finish line, the band announced their arrival with a resounding response. 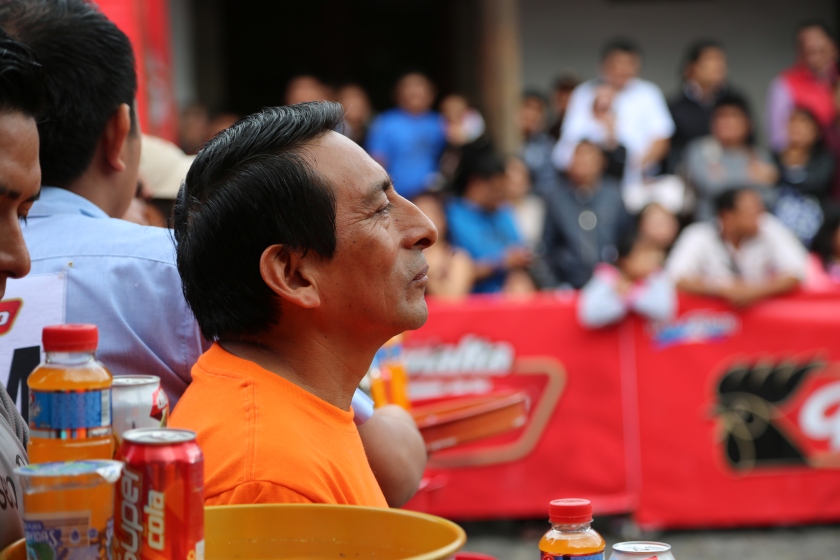 Then it was the mens’ turn. All eyes were turned towards the participants. 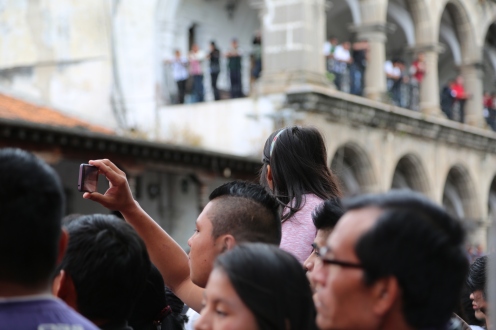 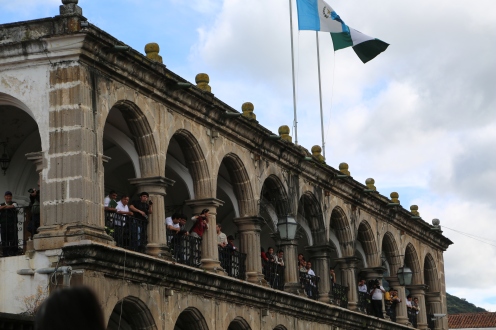 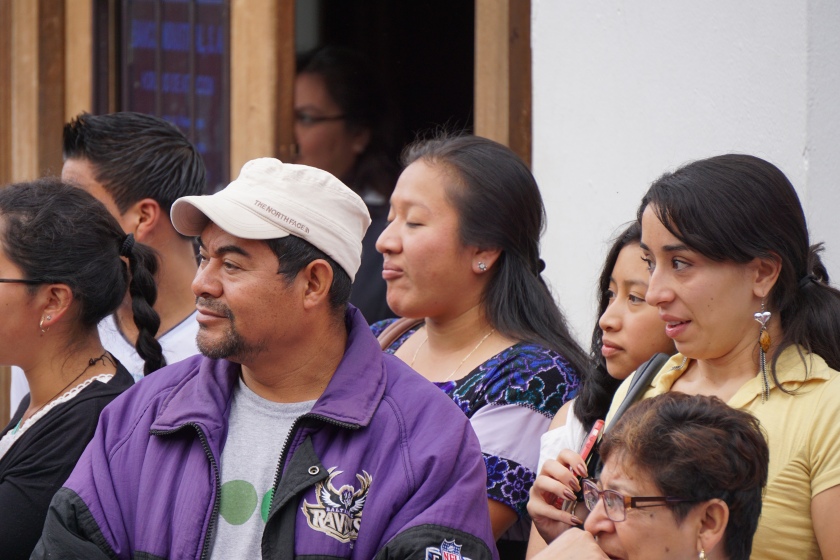 I joined the men, –  no I wasn’t going to run, just catch the action. 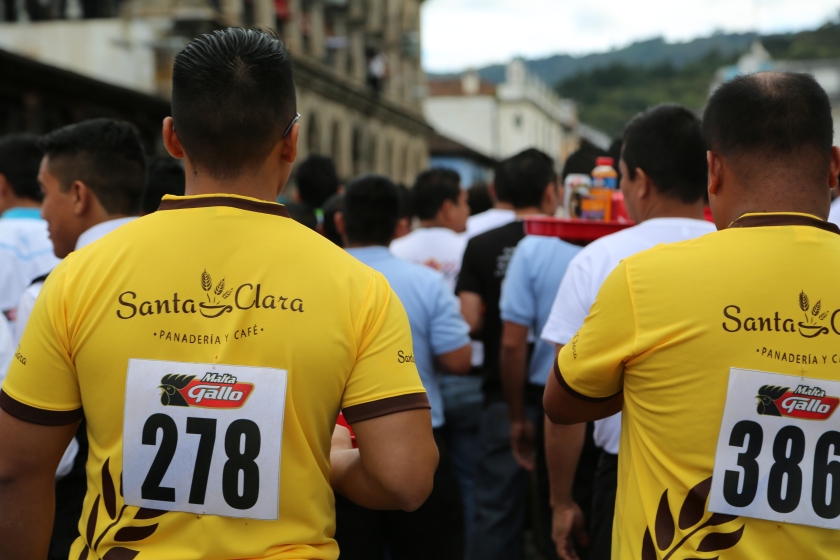 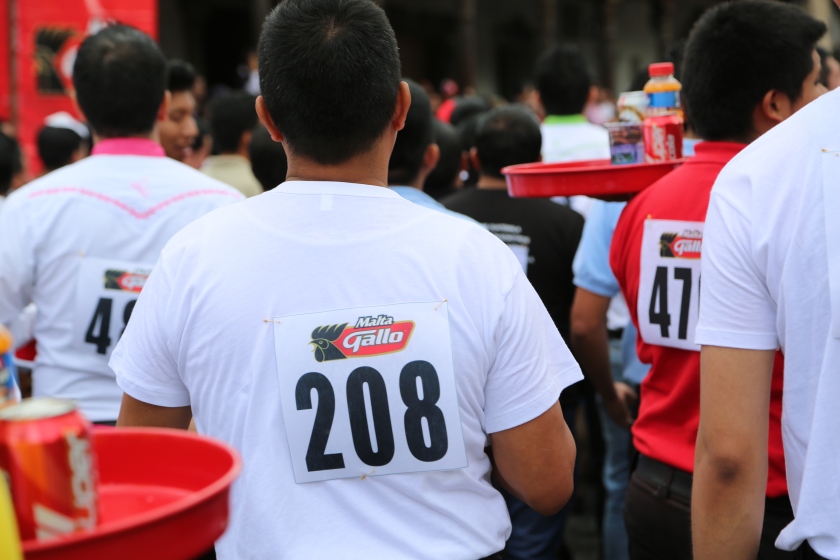 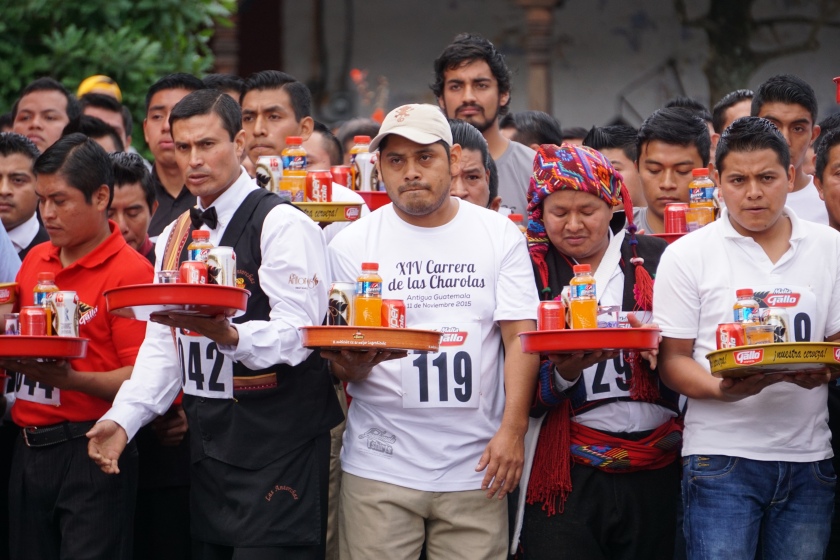 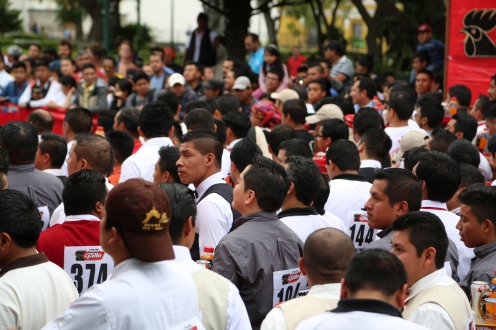 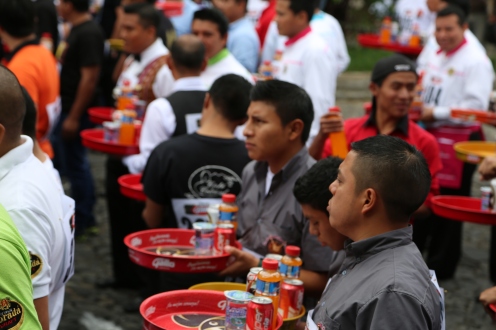 And then they were off. 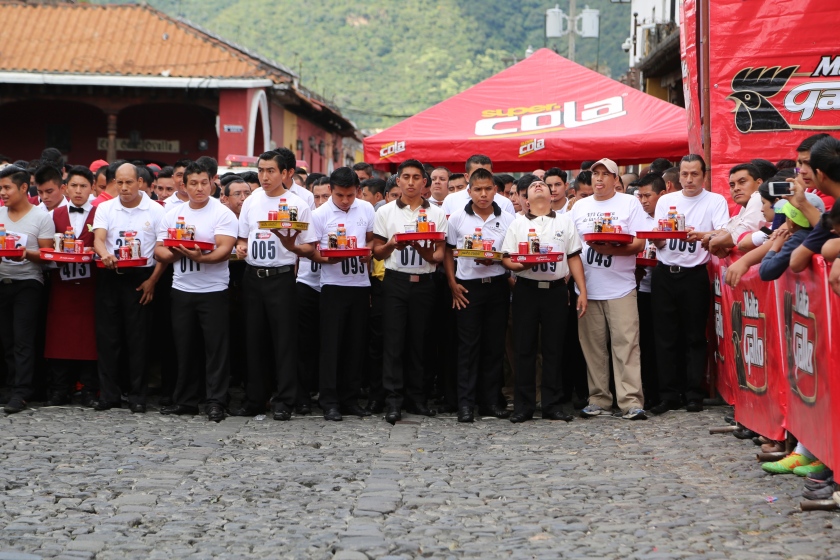 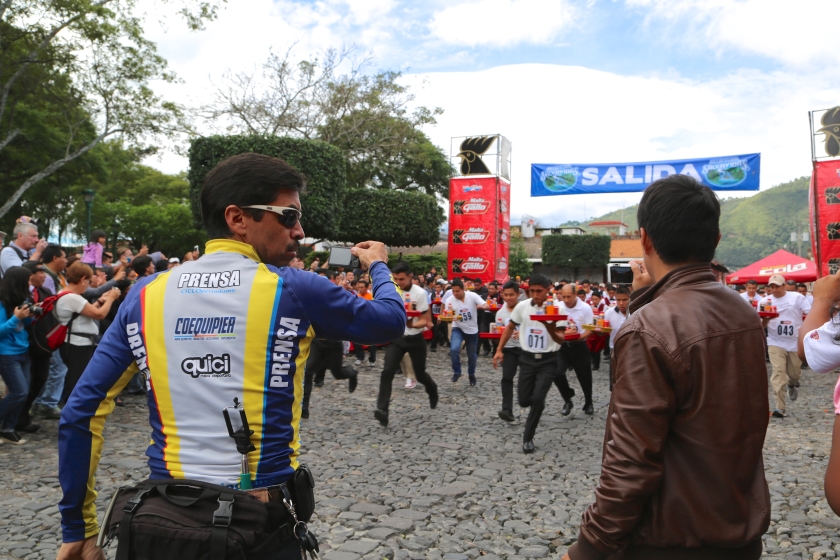 Our reporter was there in the front. 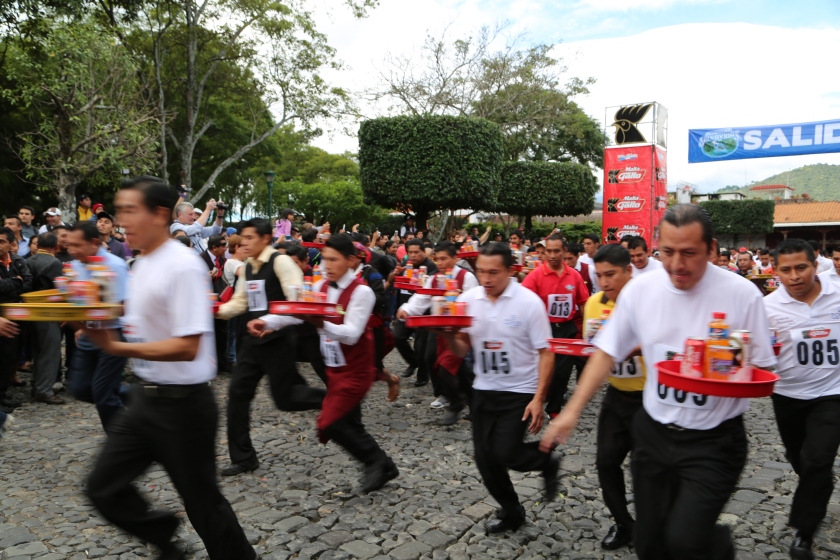 The crowds, including me, ran to the other side of the square to see the progress and cheer on their team. 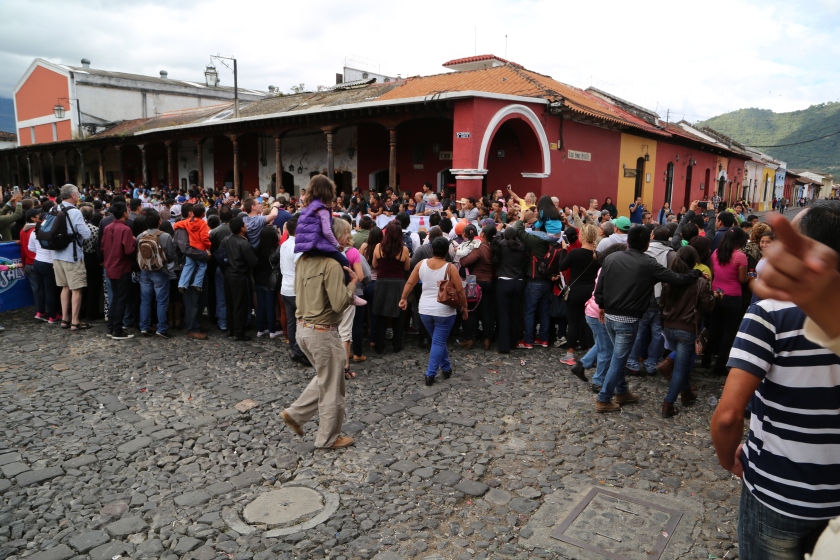 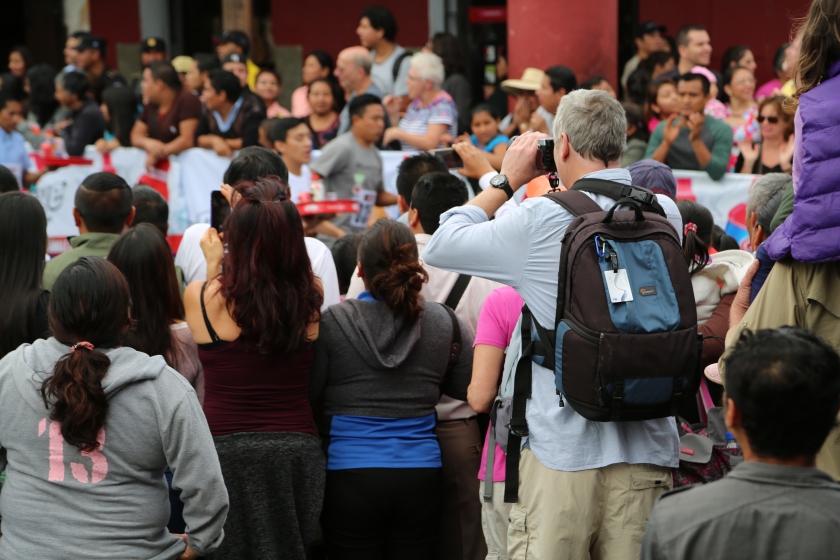 Then as the race ran, I went and had coffee in the nearby look alike Starbucks and I watched the race finish from my window seat.