The sun is pure orange and to many it looks romantic…. But to be honest it’s really trying to force its way through the dust. It’s rather hard to breathe through the fumes and the dust, most people wear face masks however, we return to  our air-conditioned hotel and I figure our lungs will clear there.

As we drive back to the hotel amidst the traffic I pause to think of the amazing things we’ve seen. Each day has been an immersion of culture, to be honest it’s like being  in a  living documentary.

We traveled to the city of  Bhaktapur a 12th century medieval city and our programs were centered around the square.

The Durbar Square proper houses the 55-window Palace which was constructed by King Jitamitra Malla and was home to royalty until 1769. It is now a national gallery.

On 25 April 2015, a major earthquake damaged many buildings in the square. The main temple in Bhaktapur’s square lost its roof, while the Vatsala Devi temple, famous for its sandstone walls and gold-topped pagodas, was demolished by the quake

The color is overwhelmingly brown and grey, punctuated by the bright colors of the clothing of the women and he subtle patterns on the traditional hats of the men. 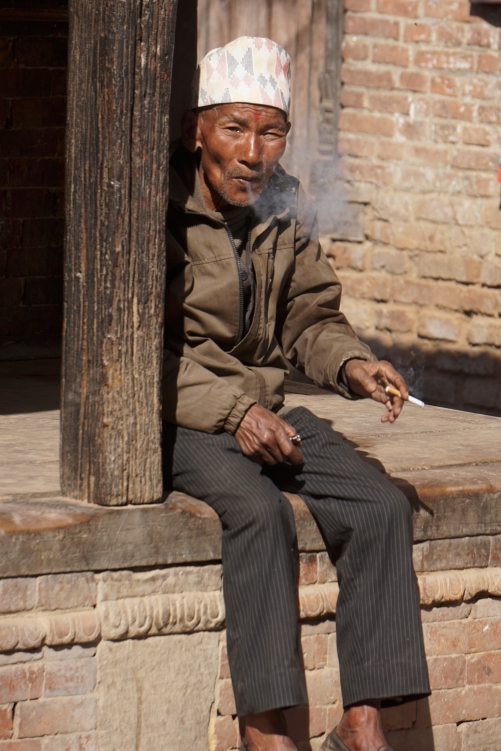 We’ve spent almost 3 days here in this city and indeed in one of the other the squares, this old man has a position in one of the raised, tiled platforms. He smokes quietly and deliberately seeming to savor his cigarette. He’s a tailor. and his  equipment is stored in a small alcove set in the wall behind him. A pair of scissors, a container of machine oil and 2 reels of thread. 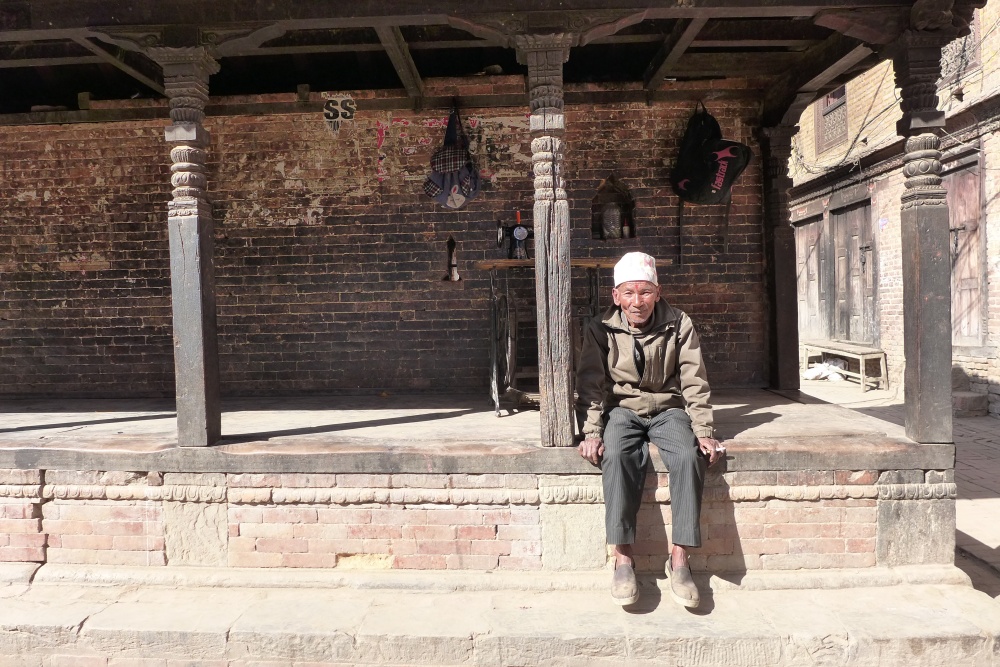 Then of course he has his trusty treadle sewing machine with orange thread no less. The brand is a ‘Marvel’ and the  rope is hand pied. He’s not had any customers in the days that we’ve been there. 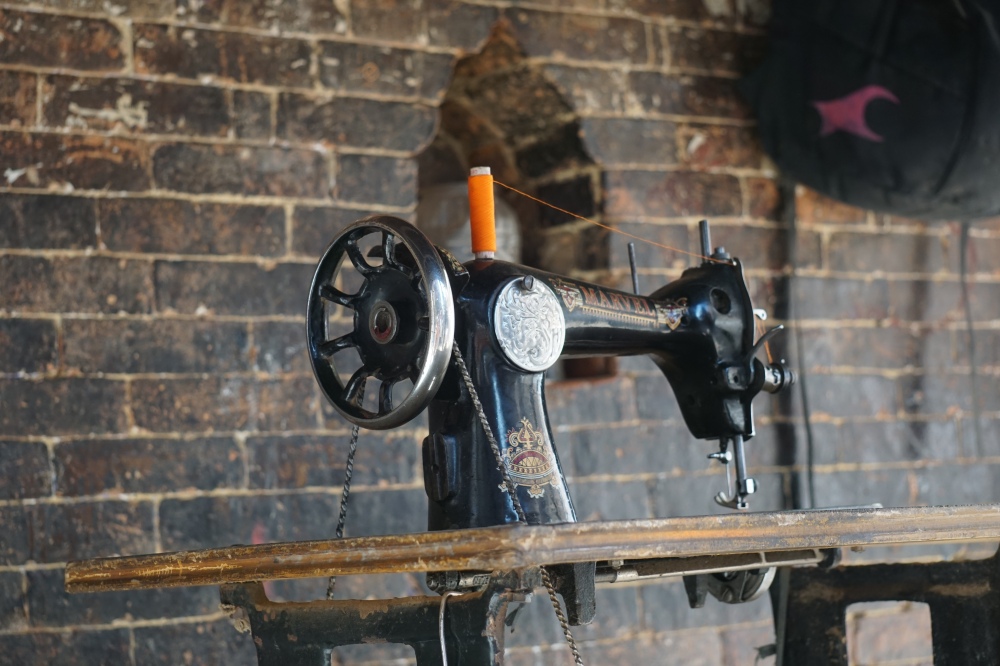 The square is surrounded by beautiful buildings. Their hand carved shuttered windows have looked down on the dusty day to day lives for centuries. 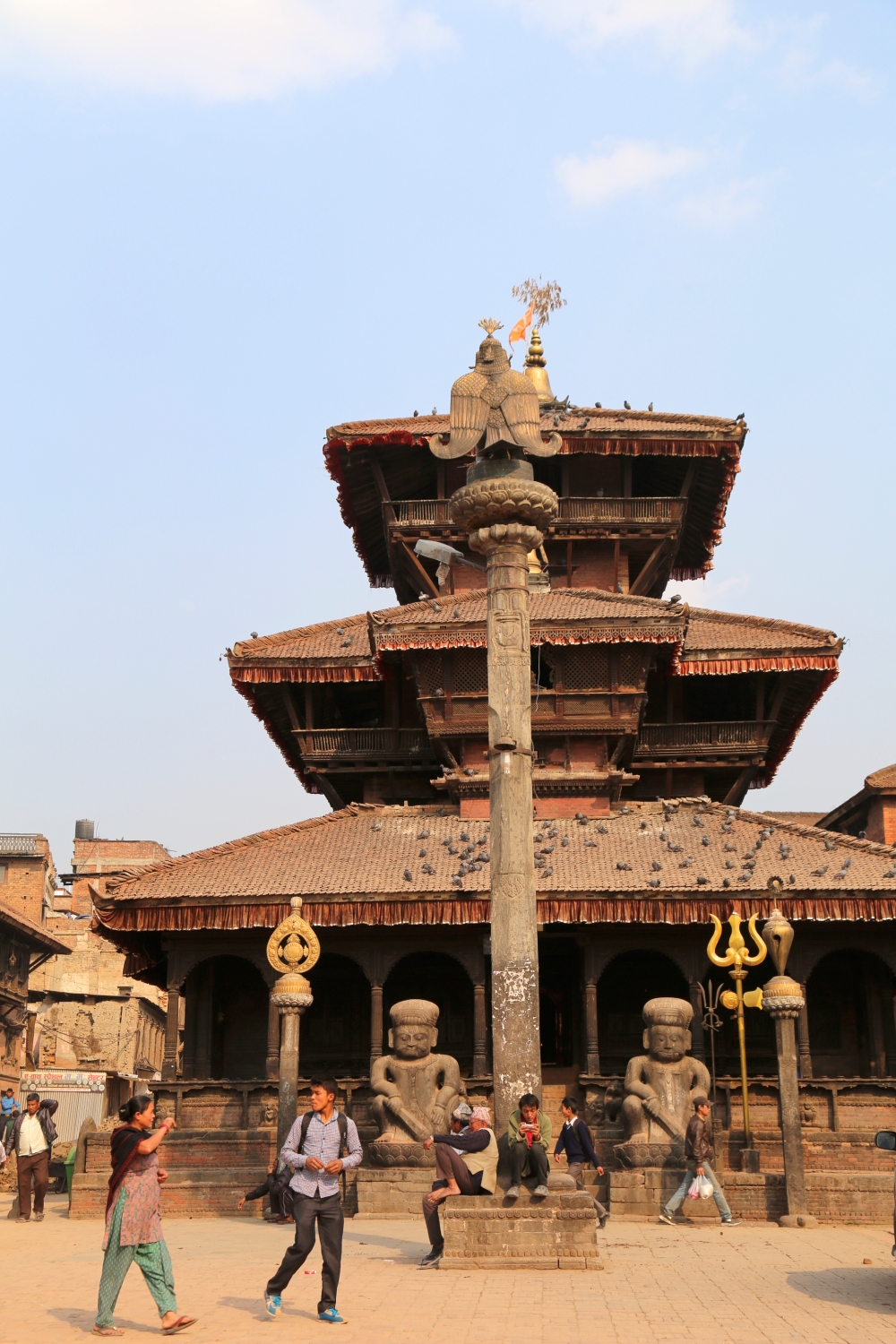 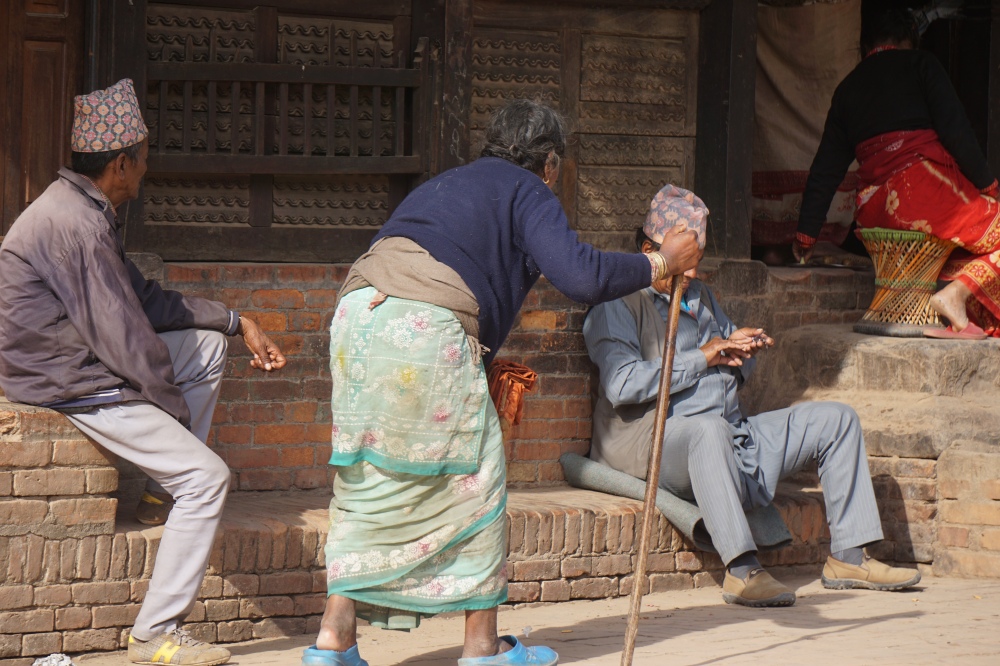 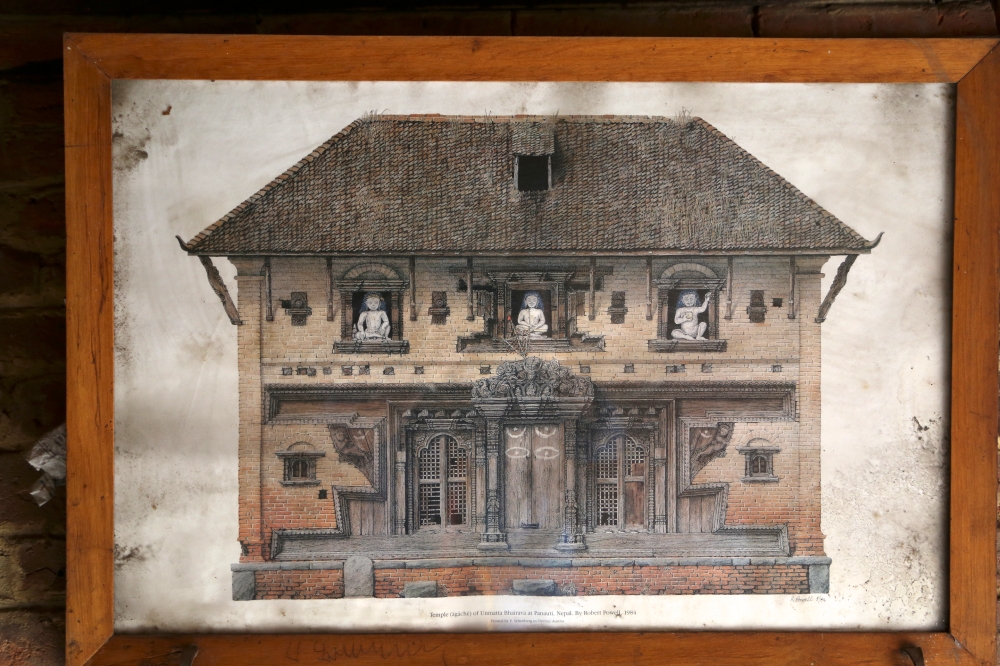 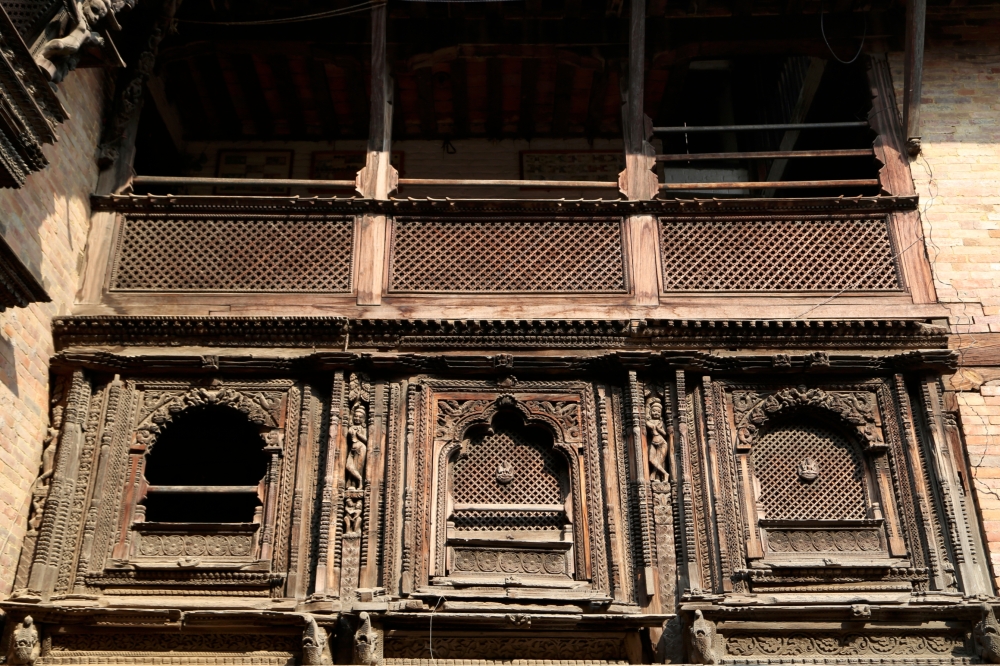 There is so much happening, the goats sit on the temple steps and seem to be the guardians of the construction. 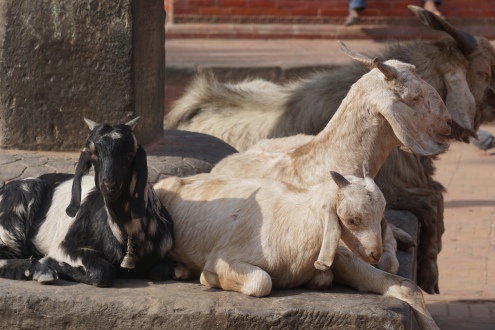 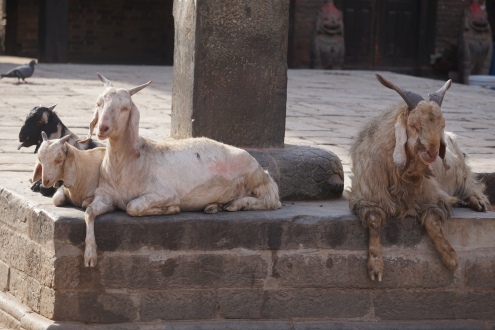 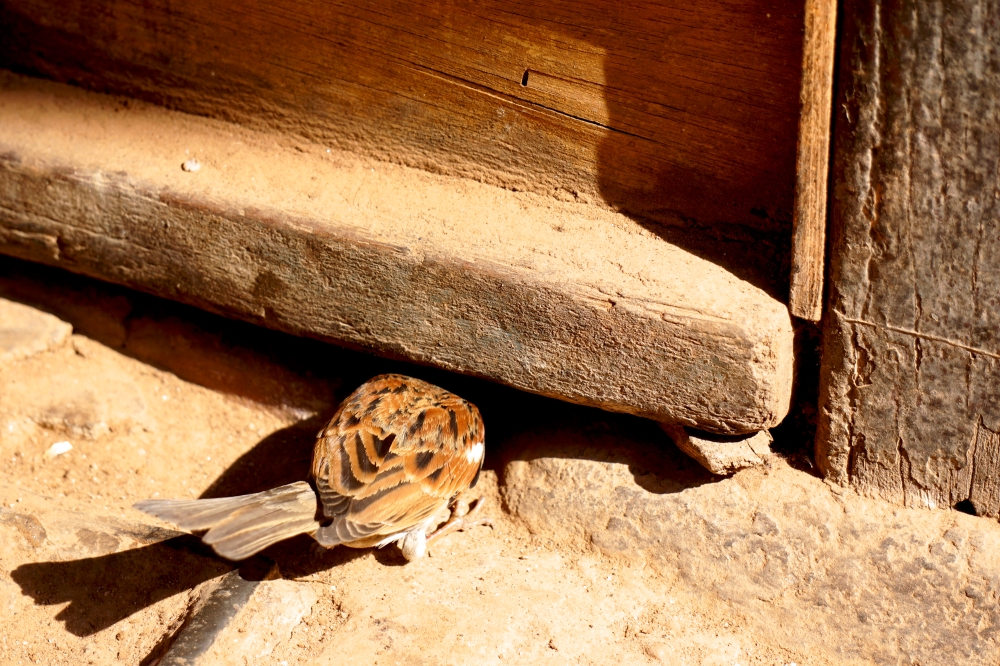 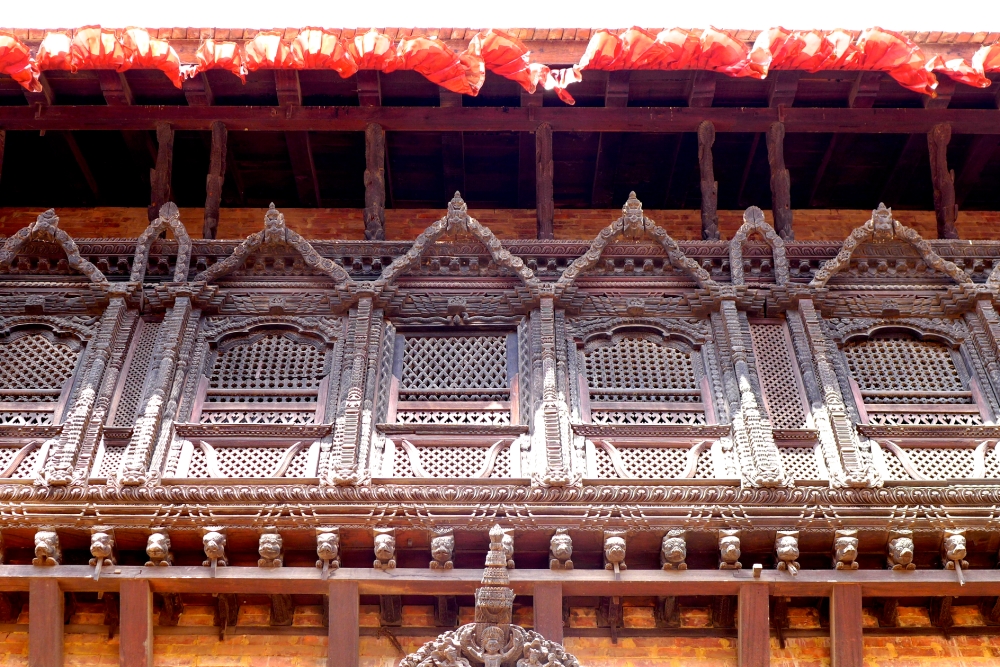 Life moves at a walking pace, women with heavy loads of bricks in woven baskets strapped to their heads walk back and forth in line bending to the load. 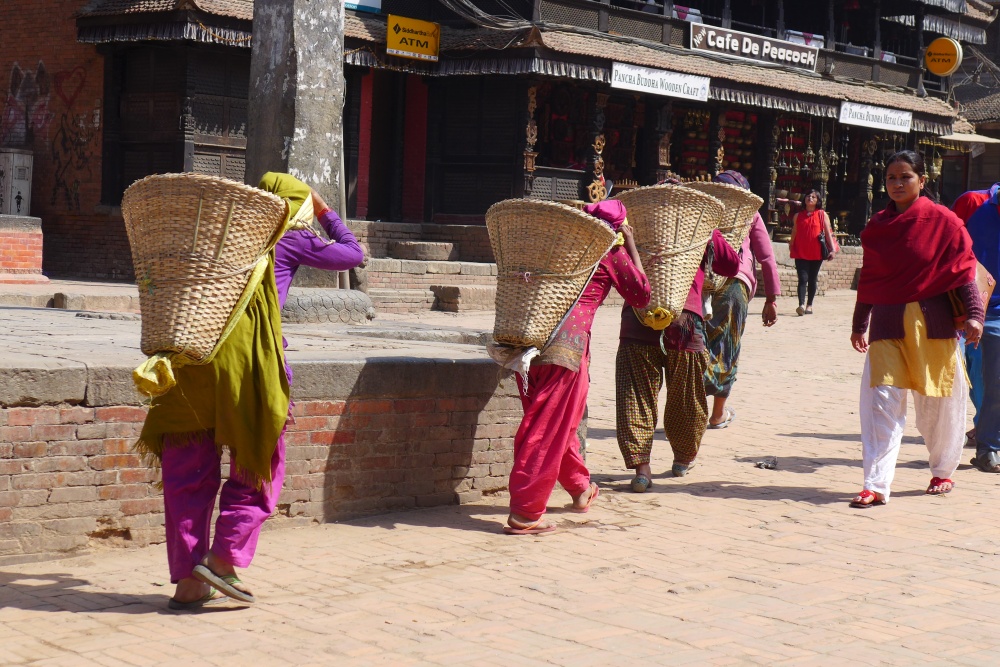 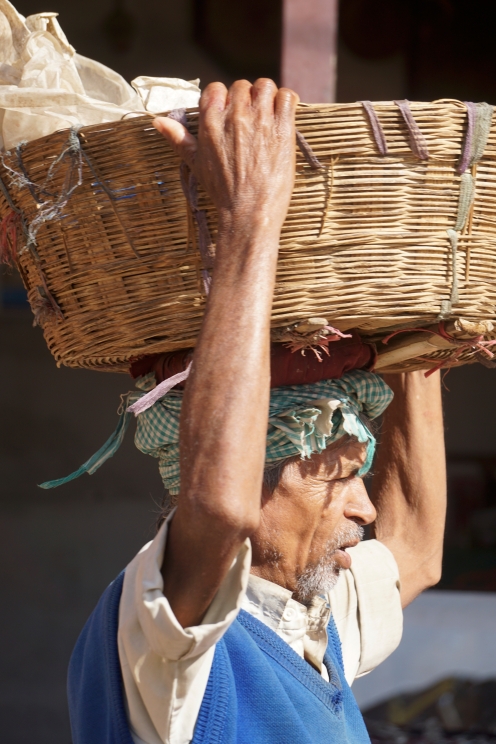 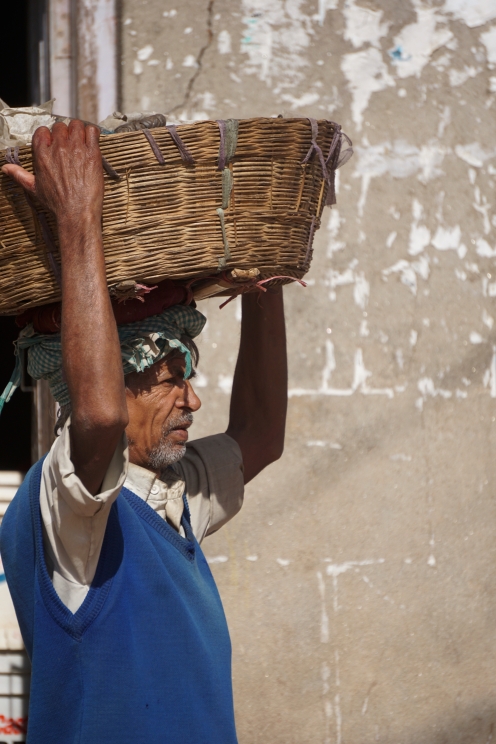 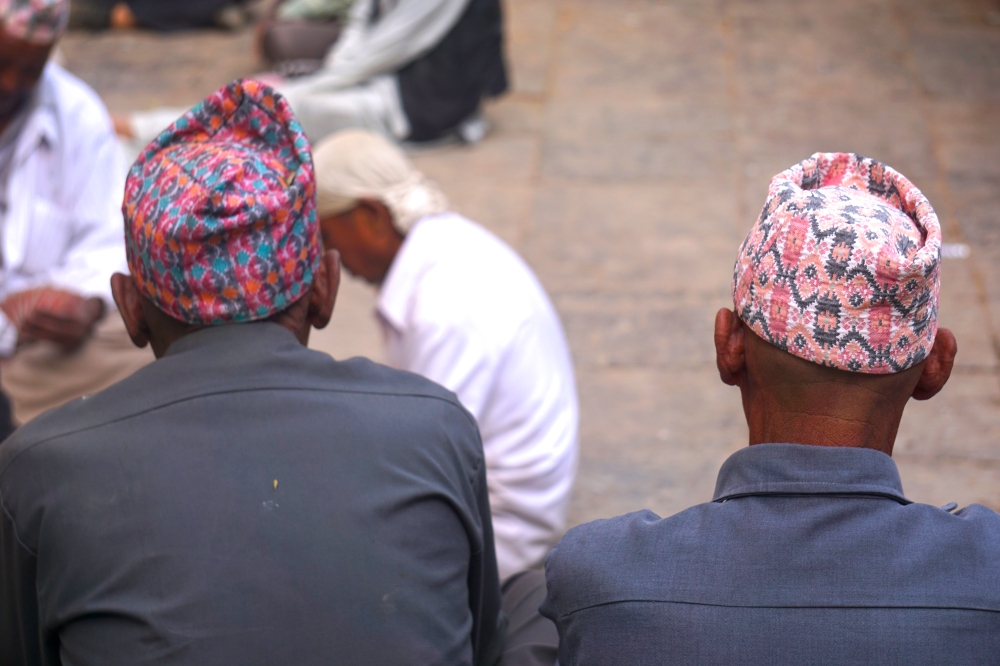 It was a privilege to be able to share a small part of the day  in this place. 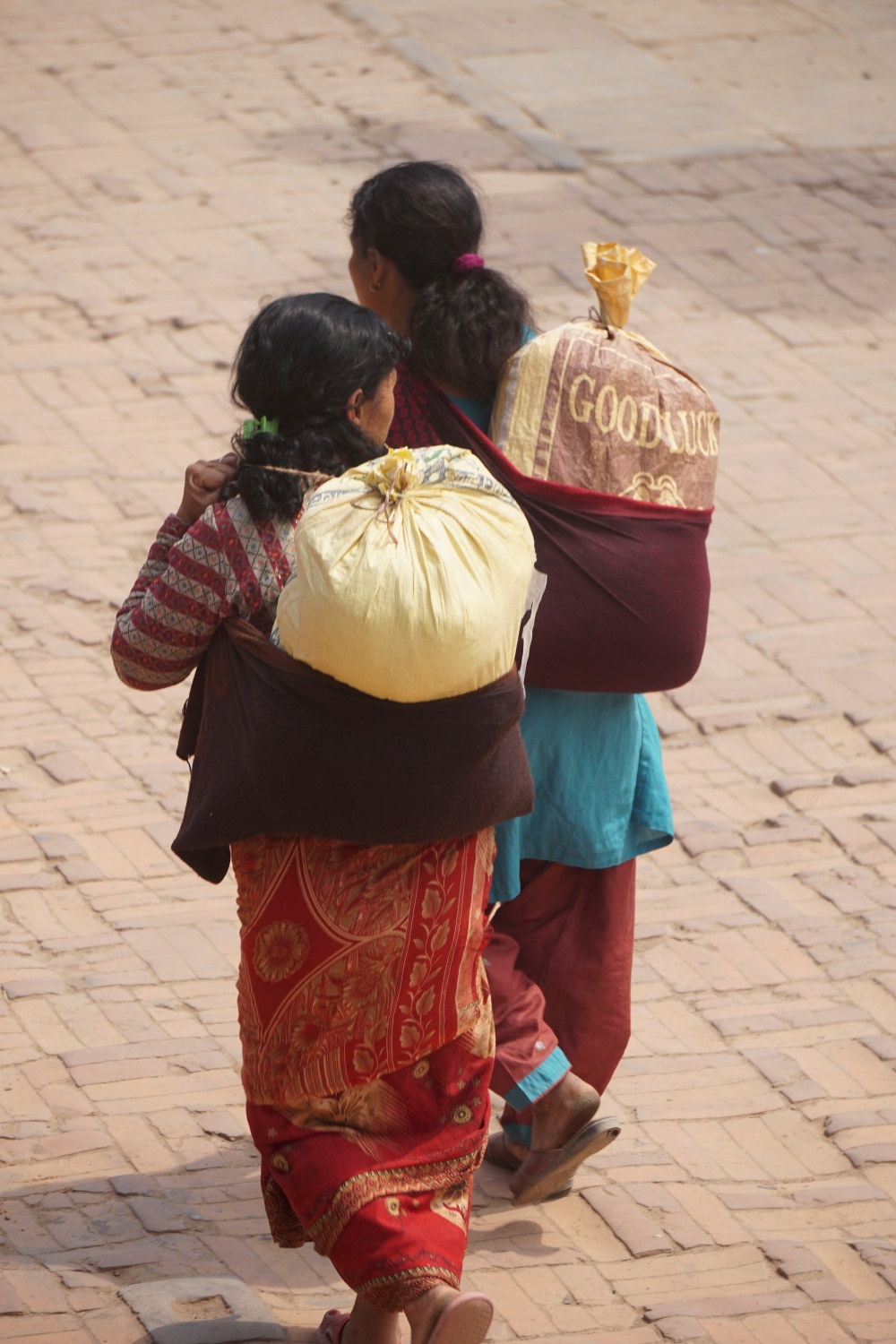