Jaipur, Rajasthan’s capital, is an enthralling historical city and the gateway to India’s most flamboyant state.

It was hot and almost before you begin walking the perspiration streams down your face, but we began early, 8.00 am to be exact. Everything in Jaipur is close and it was just a short ride from our hotel to the market.

“The city’s colorful, chaotic streets ebb and flow with a heady brew of old and new. Careering buses dodge dawdling camels, cows and pigs, leisurely cycle-rickshaws frustrate swarms of motorbikes, and everywhere buzzing auto rickshaws watch for easy prey. In the midst of this mayhem, the splendors of Jaipur’s majestic past are islands of relative calm, evoking a different pace and another world.” The sound of the horns is deafening and consistent. Constant I would say. 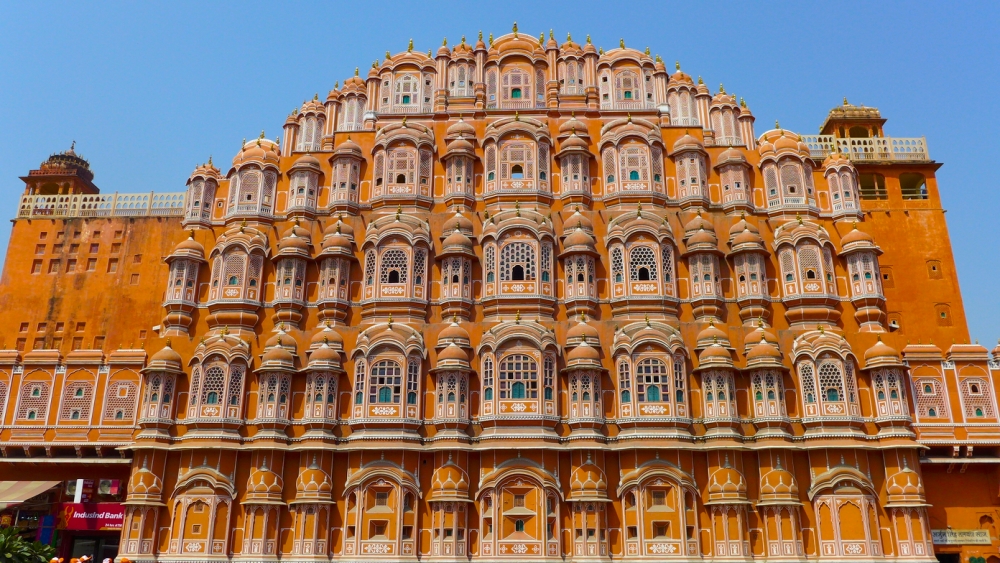 “The Old City (often referred to as the Pink City) is partially encircled by a crenellated wall punctuated at intervals by grand gateways.
Avenues divide the Pink City into neat rectangles, each specializing in certain crafts. Its impossible to get our small bus close to the markets so we left it to rest in a small park and walked past this big old pig, having her breakfast. You take your life in your hands crossing the road. I throw caution to the wind, put up my hand like a traffic monitor  and just cross with an intake of breath. There we were in the ‘milk market’ 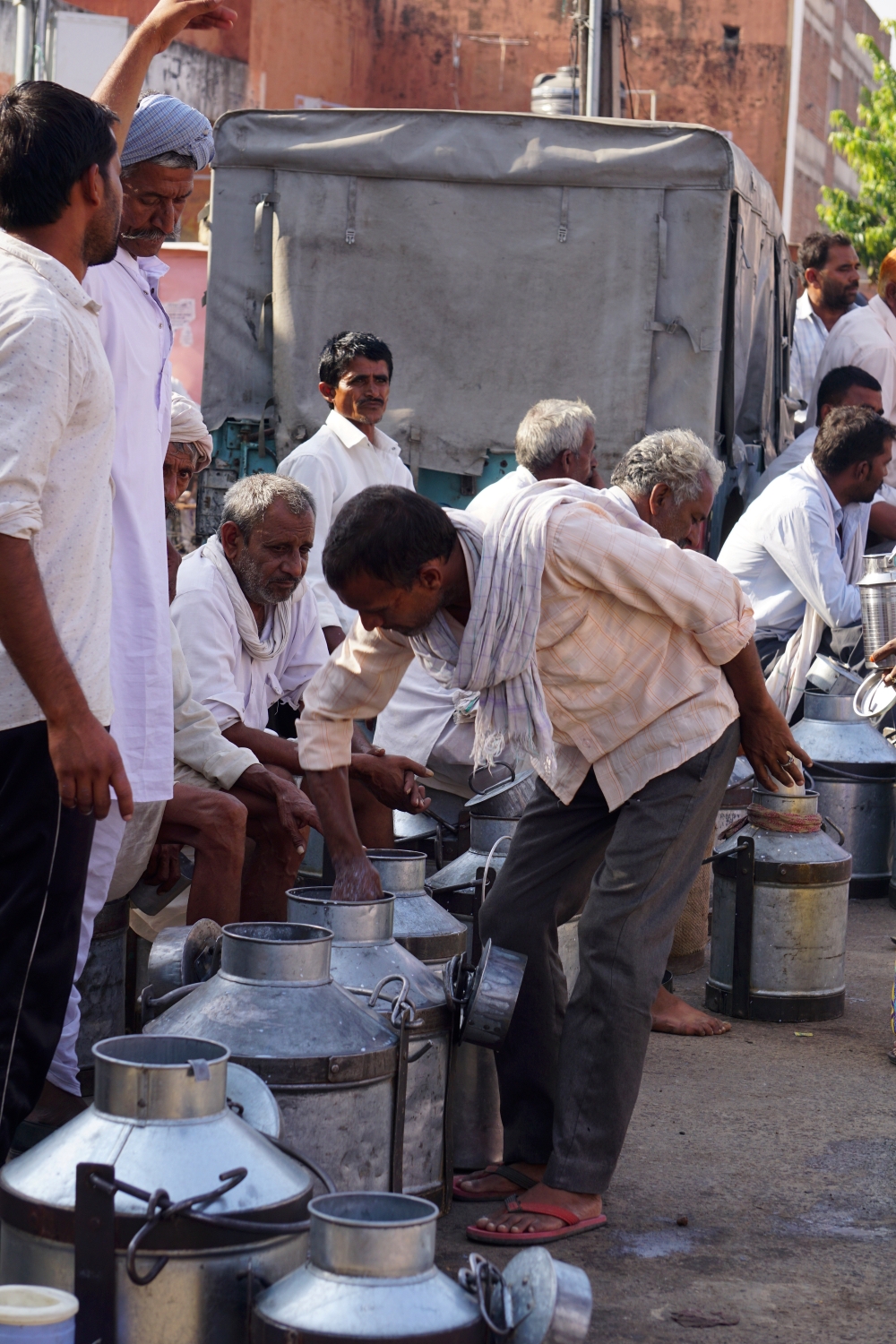 Men line the pavement with huge aluminum  cans of cold buffalo milk. The buyer plunges his hand into the told milk and reaches the bottom, the fat content that remains on his arm is the tell tail sign of quality. 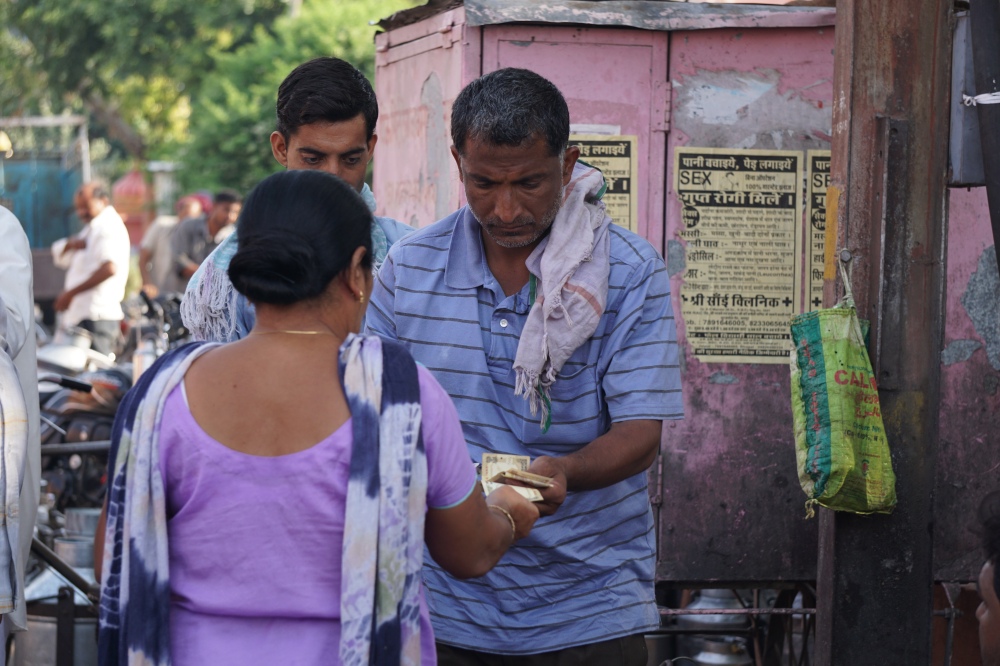 Money changes hands after a little loud bartering and then the milk is poured into waiting receptacles.

Breakfast is cooked, and the smell of the spices and content is tantalizing, but we refrained for partaking. 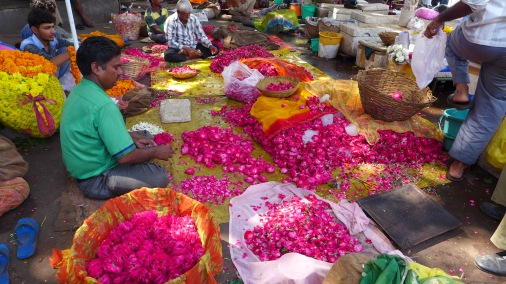 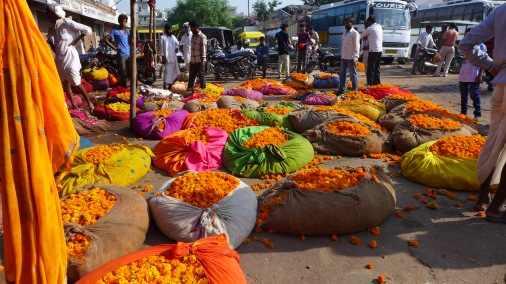 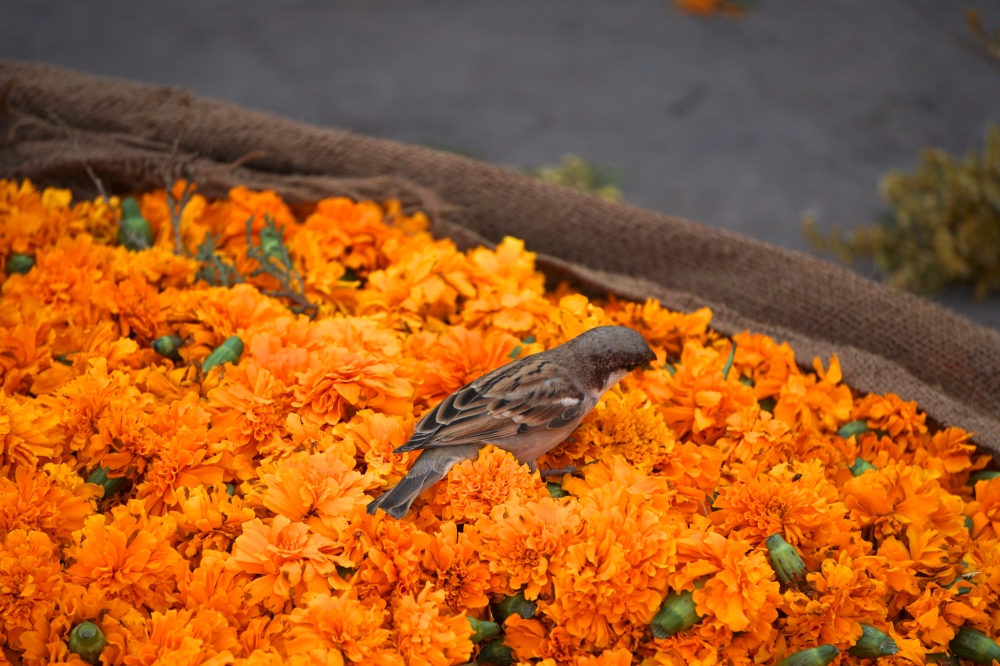 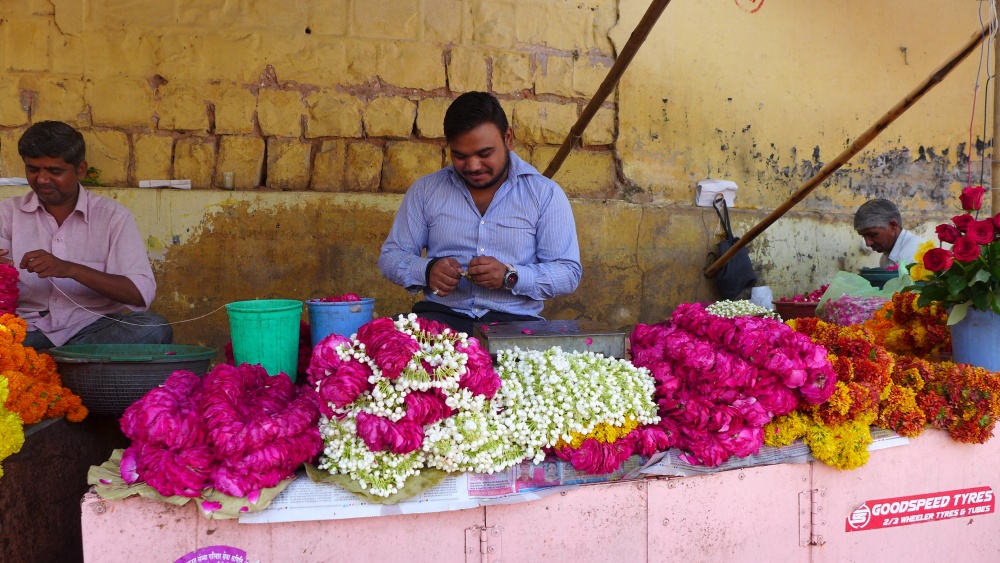 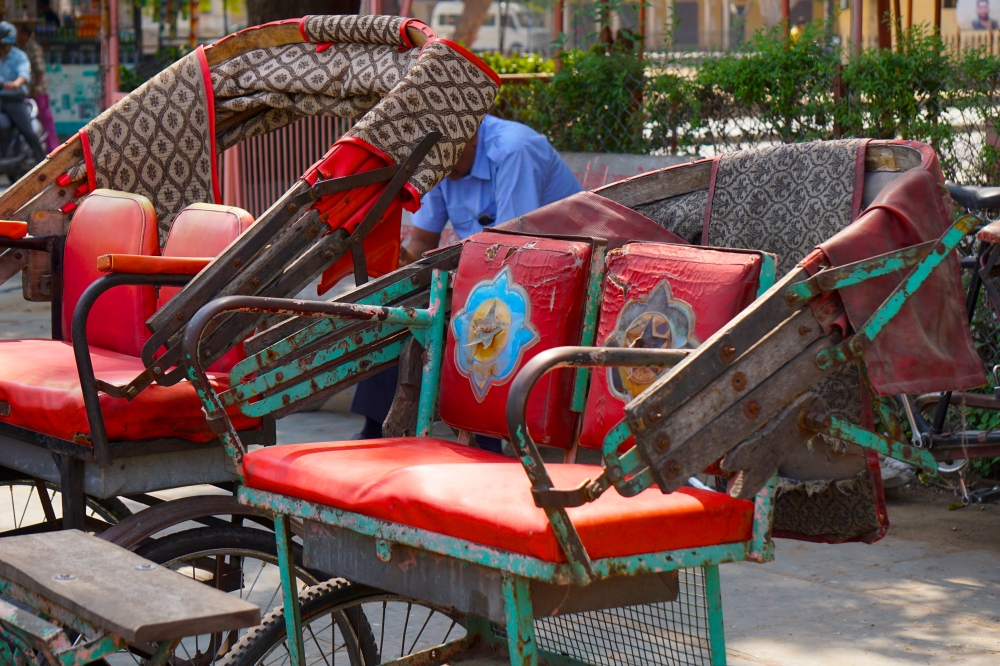 And this was jus the morning.!!!

A complex of courtyards, gardens and buildings, the impressive City Palace is right in the centre of the Old City. The outer wall was built by Jai Singh, but within it the palace has been enlarged and adapted over the centuries. There are palace buildings from different eras, some dating from the early 20th century.

This is my favorite place. 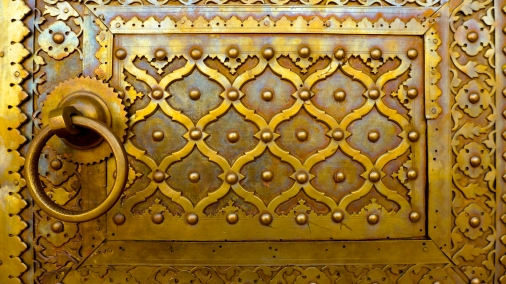 We also had a few hours workshop with an artist using natural dyes…. it was a highlight for me. This was my small attempt but I’m going home armed with a bag of the dyes in their raw form…. and the brushes. 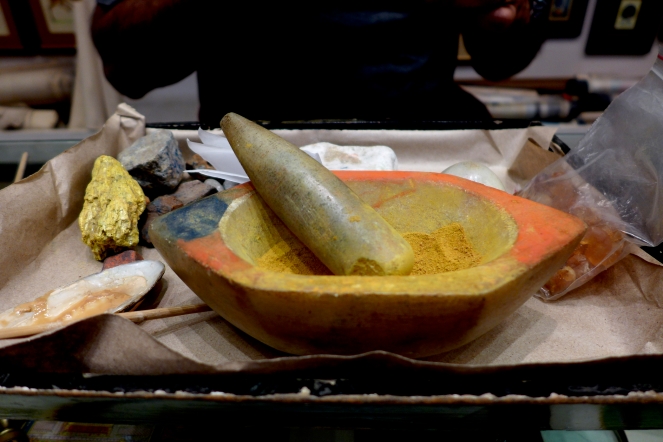 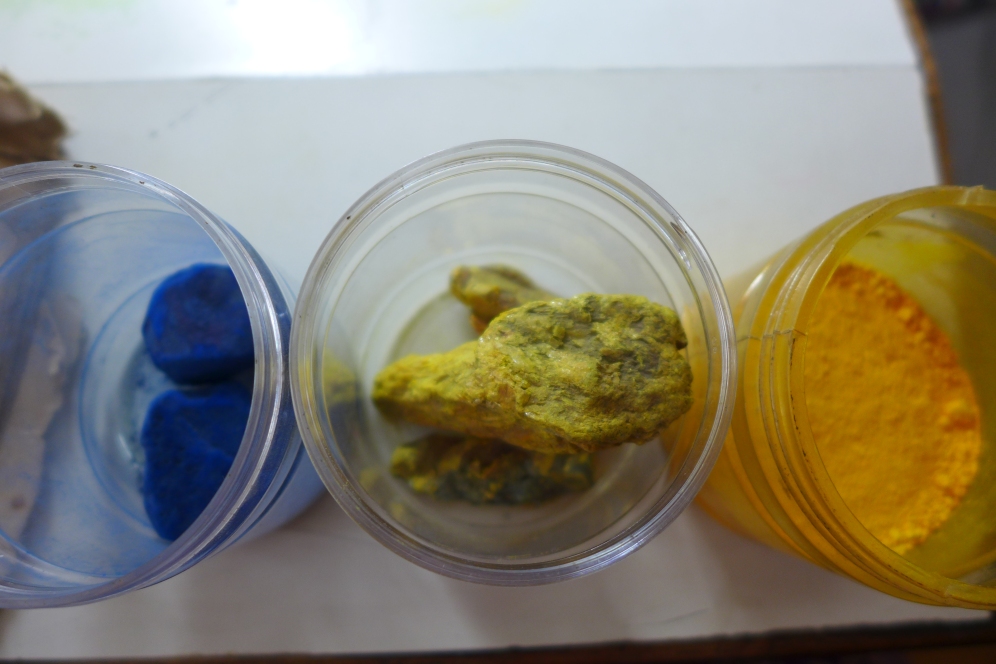