I photograph street art wherever I travel, I find it fascinating.

This is a photo journal of street art in Melbourne Australia and a few images from London.

Artists have challenged art by situating it in non-art contexts. Street artists do not aspire to change the definition of an artwork, but rather to question the existing environment with its own language. The motivations and objectives that drive street artists are as varied as the artists themselves. ‘Street’ artists attempt to have their work communicate with everyday people about socially relevant themes in ways that are informed by esthetic values without being imprisoned by them.

There is a strong current of activism and subversion in urban art. Street art can be a powerful platform for reaching the public and a potent form of political expression for the oppressed, or people with little resources to create change. 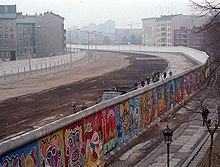 Some street artists use “smart vandalism” as a way to raise awareness of social and political issues. Other street artists simply see urban space as an untapped format for personal artwork, while others may appreciate the challenges and risks that are associated with installing illicit artwork in public places. A universal motive of most, if not all street art, is that adapting visual artwork into a format which utilizes public space allows artists who may otherwise feel disenfranchised to reach a much broader audience than traditional artwork and galleries normally allow.

This artist created a masterpiece right there on the pavement.

And then there are the shop windows the people and just great stuff.