The palace is a five-storey pyramidal shaped monument that rises 50 feet (15 m) from land.  There is a gripping story behind the screened windows.

We walked up winding narrow steps up to a balcony cafe where we had fabulous coffee and I watched a procession of color and fabric in every day life. 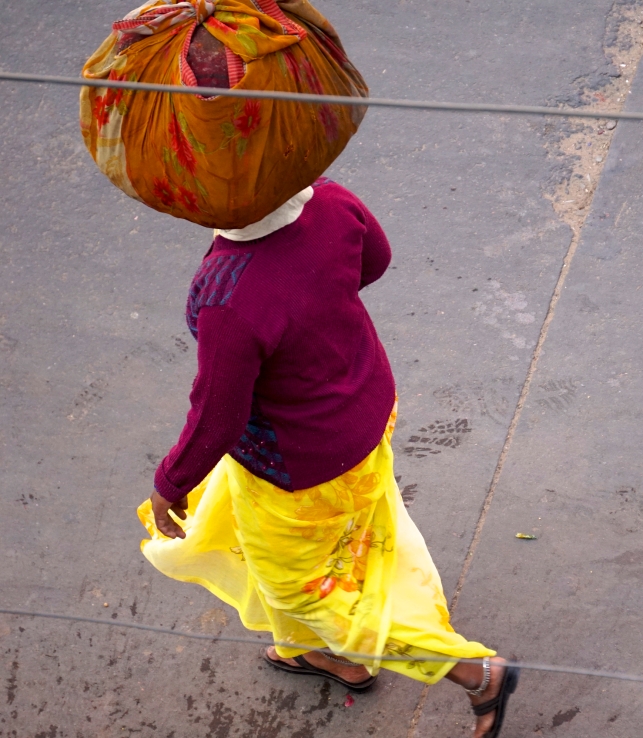 And then on to the flower market. The colors take you breath away. The noise, the hustle and bustle of the vendors and the combination of fabric and flowers is so interesting to me. Everything is carried on the head and then put into rickshaws, bikes or motorbikes.
Everything is wrapped in fabric, the closest we ever got to that in the USA was fabric in flower sacks in the 30’s and forties.
I’ve even seen small house constructed from fabric. 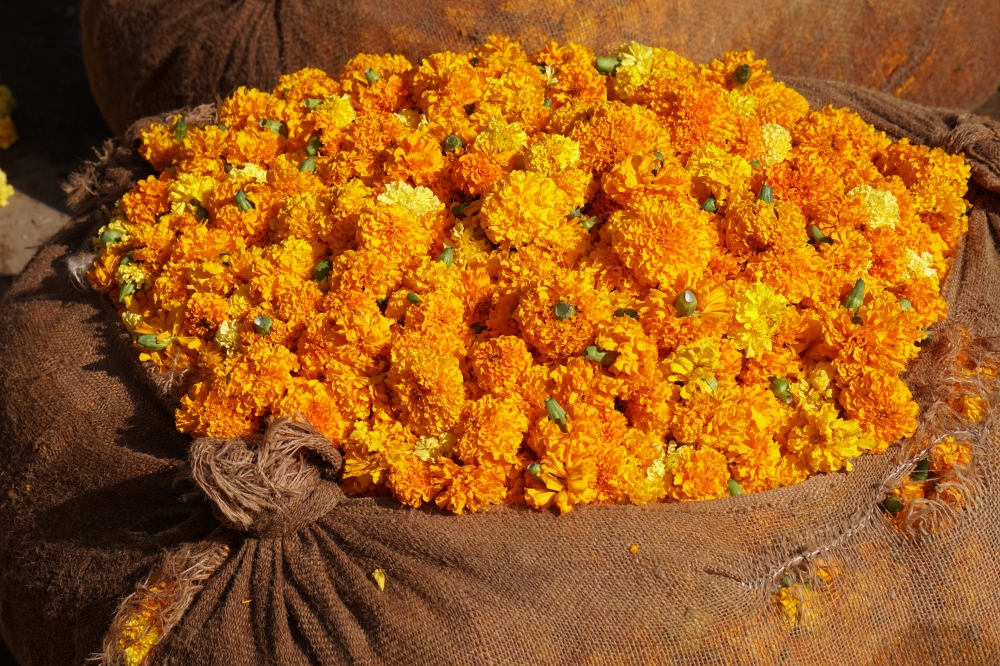 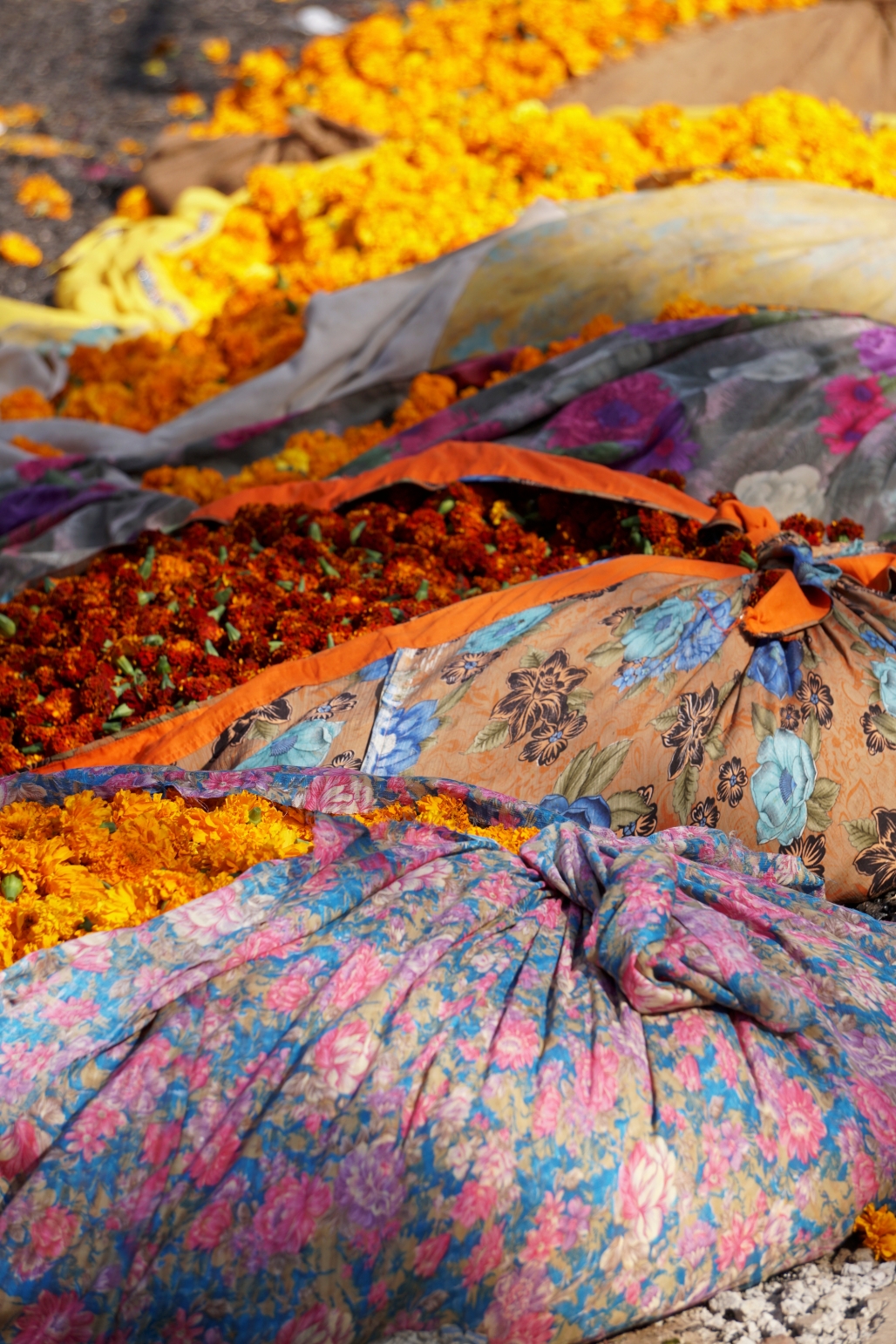 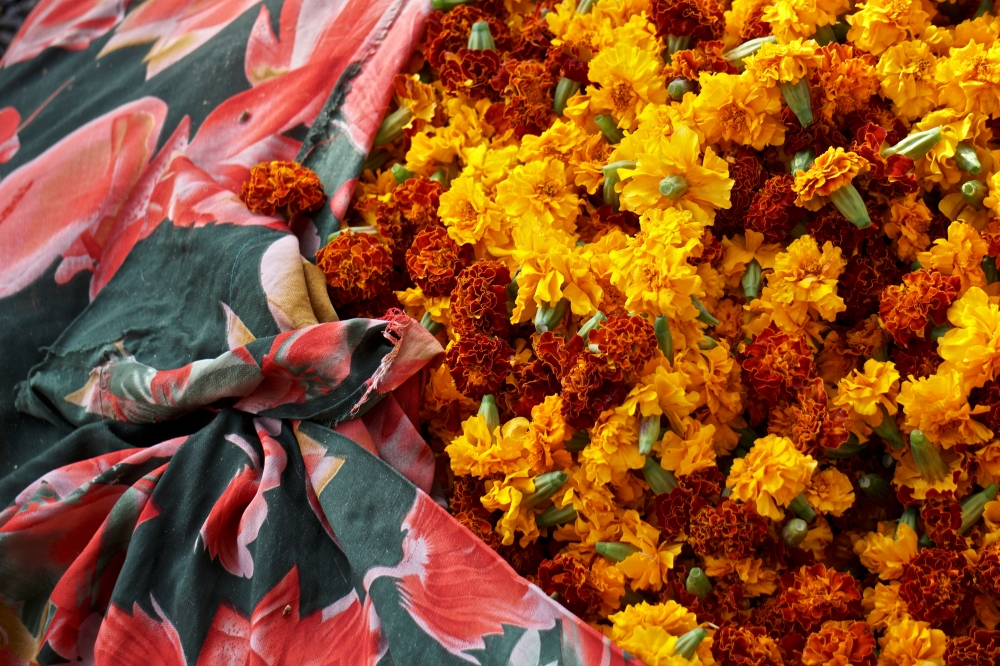 The marigold is a famous flower used in India.  The flower has been used as love charms  and is incorporated in many weddings and for religious ceremonies.
The marigold in many cultures is known as the “herb of the sun” and  symbolizes passion and creativity.
The Welsh believed that if the marigold was not open early in the morning, a storm was on its way.  Some also made marigold water which was  believed to induce psychic visions of fairies if rubbed on your eyelids.
In Britain, the marigold was once thought to protect against the plague and effective in stopping gossip !
Early Christians named the flower, “Mary’s Gold” and  placed the flower at the foot of the Blessed Mary’s statue in lieu of money.

The Portuguese introduced marigolds to India, the flower is offered to the Hindu gods for festivals and celebrations.    The yellow or orange  dye of the flowers is also be used for coloring  fabrics.

In Delhi, which is India’s largest trader  for flowers, flowers are brought in from all over the country.  The Calcutta area is the major producer for marigolds however, I imagine these were grown locally. Fields of flower crops are often harvested by hand so the blooms don’t get bruised.

You see women and men threading the flowers onto strong cotton thread to make garlands.

I’m not sure what these leaves are. 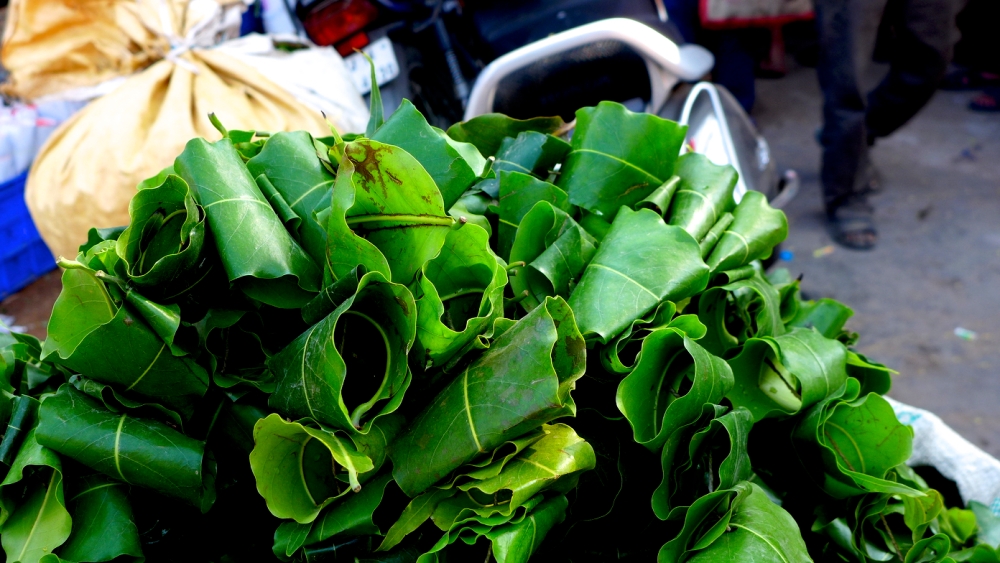 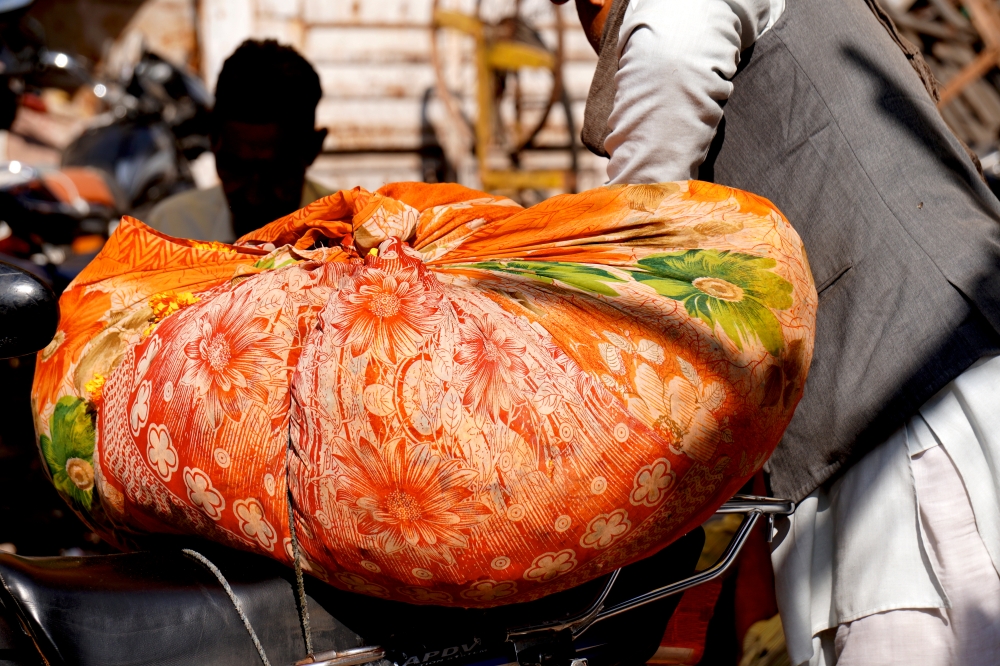 What could be more poetic than a great big bundle of marigolds contained  in gorgeous fabric and transported by motor bike.
It’s not all we viewed at the market, just a small sampling of day to day life in this incredible country.